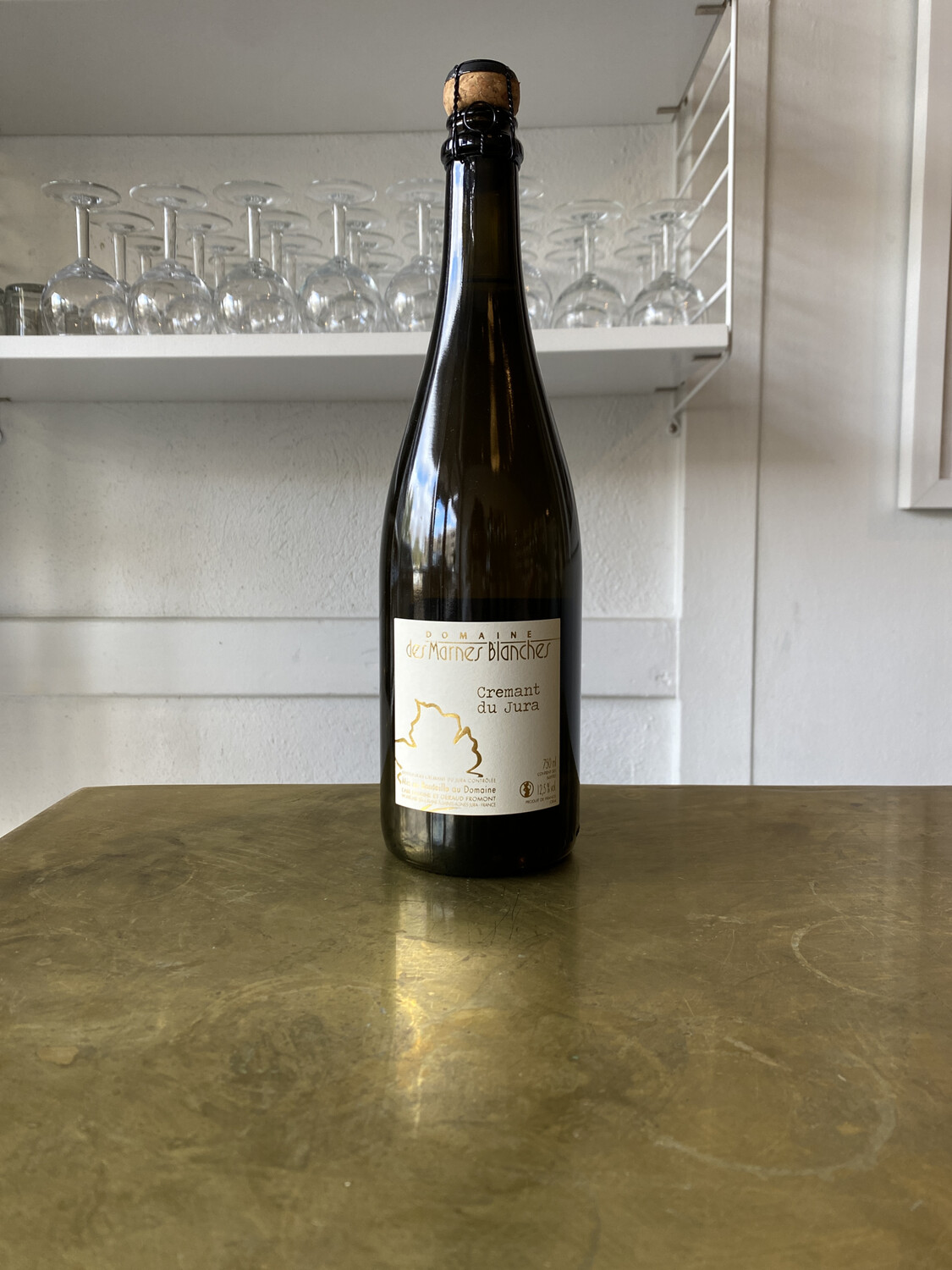 The third vintage of Marnes Blanches foray into sparkling Chardonnay, the Cremant du Jura is zesty, floral, and super dry.

Natives of the Jura, but from farming rather than winemaking backgrounds, Géraud and Pauline Fromont began this Domaine when they were in their mid-20s, and are ambitious, talented young winemakers. They share all vineyard, cellar, and sales duties, and are rising stars in the region.
The Marnes Blanches vineyards are divided between three towns: Cesancey, Vincelles, and Ste-Agnès. The Fromonts acquired their Cesancey vineyards first, and those feature the “white marl” soil that gives the Domaine its name, with topsoil of limestone. The vineyards in Ste-Agnès and Vincelles are primarily red marl, with fossilized limestone. With vines up to 100 years old and interesting local strains such as Melon-Queue-Rouge and Savagnin Muscaté, the Fromonts have excellent material to work with in the cellar. They began farming organically immediately upon beginning the Domaine in 2006 and are now Ecocert certified, with plowing between rows.
As with most Jura producers, the Fromonts make a variety of cuvees ranging from ouillé whites, to sous-voile whites, to Crémants white and rosé, single variety reds, and a delicious vin de paille. They work with all native yeast. Parcels are vinified separately and aged in either stainless steel or neutral cask. Sulfuring is minimal, and they’ve begun tentatively to experiment with sans soufre winemaking.