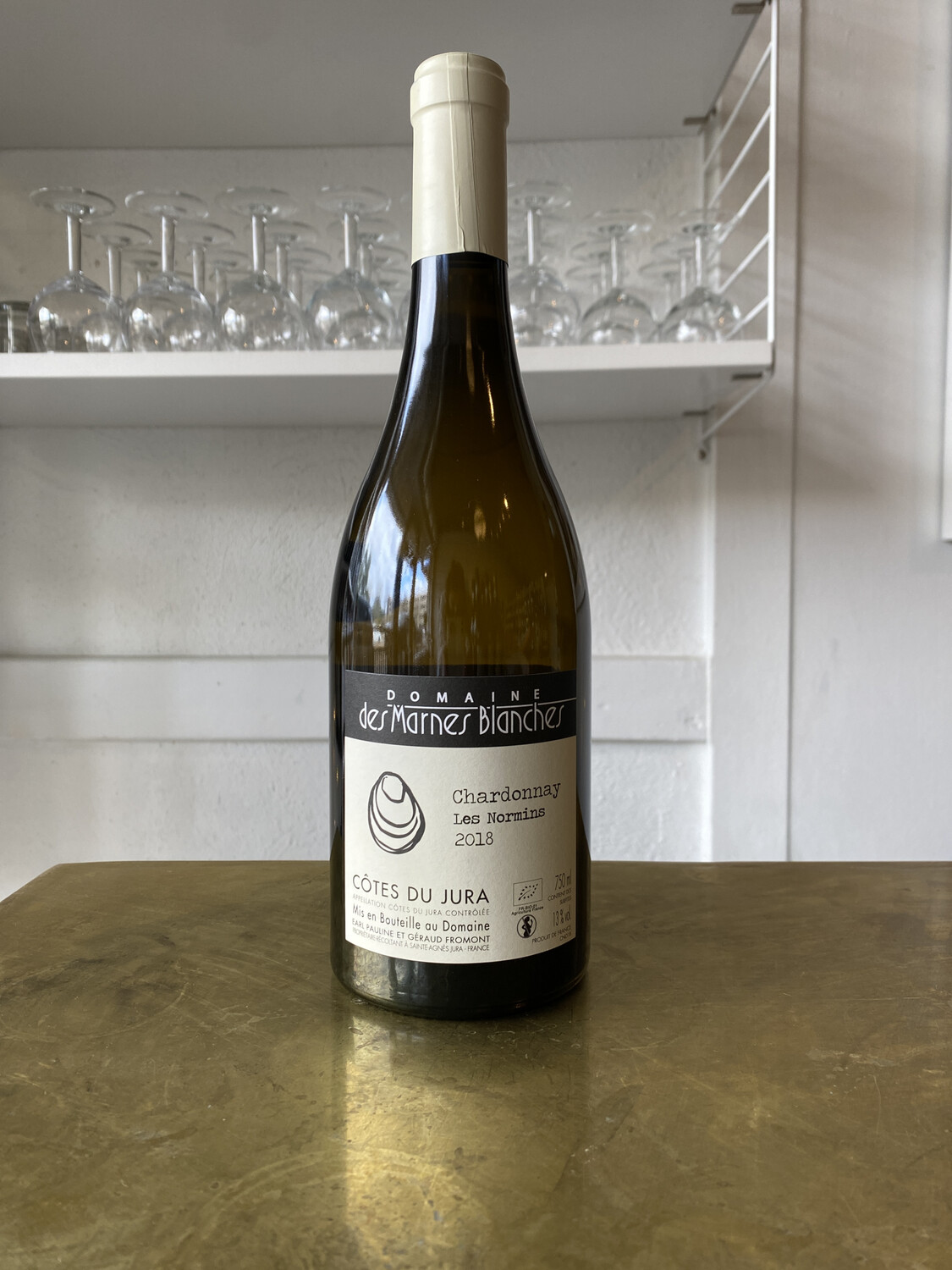 "Les Normins" (topped-up Chardonnay) is a new cuvée for them and a most welcome addition. From 75-year-old vines planted in white marl under limestone in the Fromont's first holdings in Cesancey. After a direct press, they allow spontaneous fermentation, then age the wine for 23 months in neutral oak barrel with minimal added sulfur. The wine is a golden hay color in the glass and offers heady aromas of white flowers, honeycomb, walnut and zesty lemon curd. The body has a waxy texture with powdery minerals and crackling acidity. At 14% ABV it is high in alcohol, but deceptively so (until you stand up!). The flavors are hedonistic with classic notes of Comté and, surprisingly, ripe red fruits. This is a powerful wine that should age well for years to come.

Pauline and Géraud Fromont named their winery after the white marl soils in Cesancy, the village in the Sud Revermont where they purchased their first plot of vines in 2006. The Sud Revermont is made up of small, pastoral communes clustered along the gentle slopes of La Petite Montagne in the south of the Jura. The soils there contain less of the distinctive marls of Arbois and more limestone; a composition that shares more similarities with Burgundy than the Jura*. It is here that Jura's white wines are in their glory, with beloved producers like Labet, Buronfosse, and Ganevat producing some of the area's top wines.

The Fromonts are Jura natives who come from an agricultural background focused on polyculture: a philosophy they applied right away by converting their new holdings to organic farming and becoming certified by Ecocert. Today the couple has a combined 10 hectares of vines that are up to 100-years-old planted in the neighboring villages of Vincelles and Sainte-Agnès, where the concentration of fossil-rich limestone is much higher.

In addition to making traditional sous-voile wines, which are kept in a flor-friendly 200-year-old stone farmhouse, the couple vinifies each of their parcels separately to showcase the local terroir, a practice more common in Burgundy. The latter provides a fascinating exploration of the difficult vintage. The 2016s are lighter than the ripe 2015s, but they show brilliant complexity on the nose, herbaceous flavors, and tightly coiled minerality. The yields were low across the Jura, especially for reds, in 2016 (and 2017) so we have limited stock of the wines available, all of which we are grateful to have and happy to share!