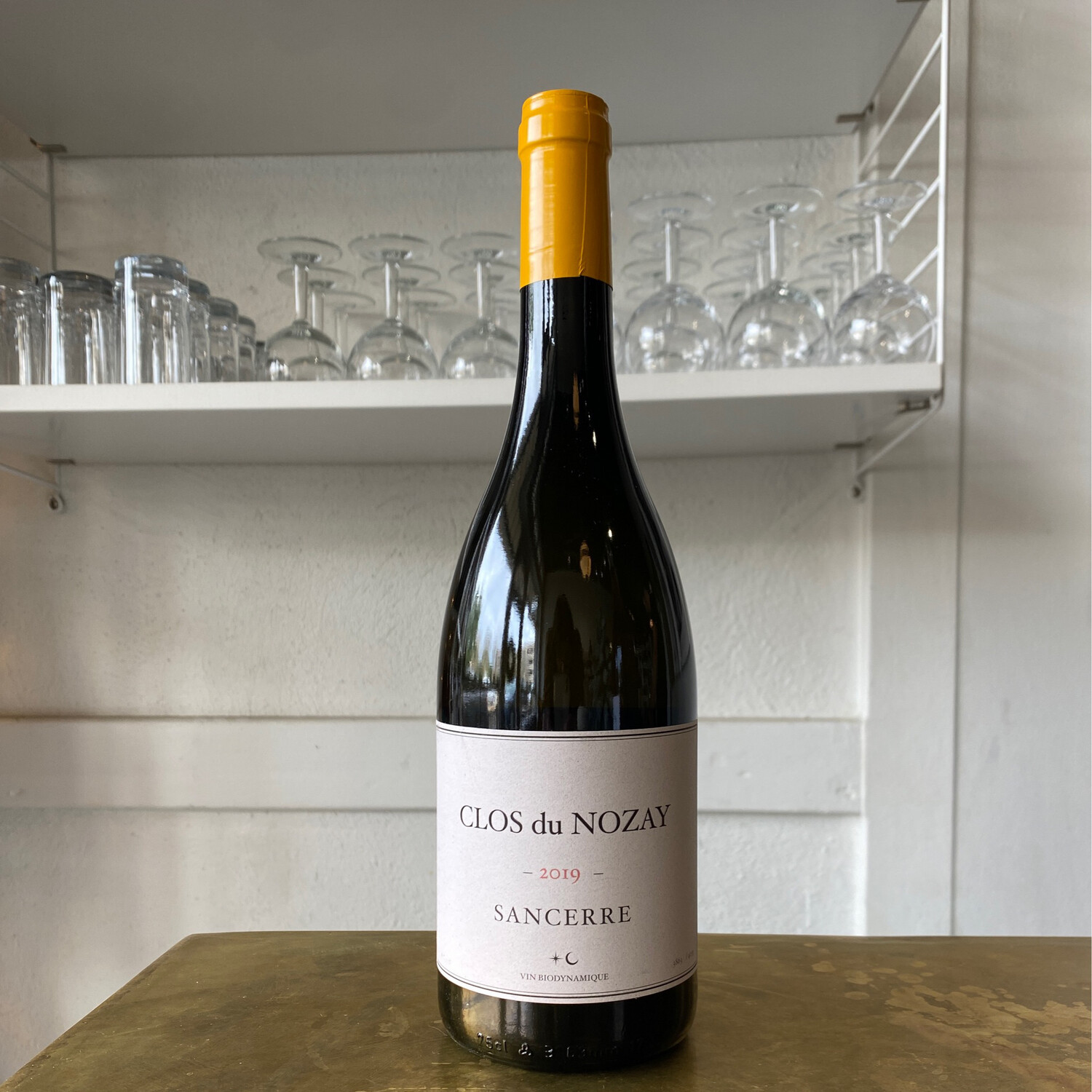 Clos du Nozay comprises the heart of the domaine’s oldest vines—47 years old as of the 2018 vintage—planted on a 45-degree south-facing incline and surrounded by stone walls and hedges. Grapes are harvested by hand, slowly crushed via pneumatic press, and allowed to ferment spontaneously in the jars in which they will age; sulfur is added only prior to bottling, which is done without fining or sterile filtration. Furthermore, Cyril allows full malolactic fermentation to occur, which further distances Clos du Nozay from the straitjacketed linearity of most Sancerre. The palate expresses energy not through rapier-like acidity but through an overall sense of vivacity, and the wine’s formidable minerality suffuses rather than spars with the fruit; this is a Sancerre that has learned to meditate. Cyril produced barely more than 1,000 bottles of the 2018 Clos du Nozay, at there are a mere 50 cases for the US market. For serving purpose, this will show its best at cellar rather than fridge temperature, and expect it to develop and improve in bottle for at least half a decade.

Sancerre’s sprawl encompasses nearly 3,000 hectares of vines, but the traditional heart of the appellation is a central core flanked by the towns of Sancerre, Bue (Crochet’s home turf), and Chavignol. In contrast, the fifteen-hectare Domaine du Nozay lies at the northernmost extreme of the appellation—a contiguous and steep bowl of vineyards just outside the town of Sainte-Gemme-en-Sancerrois. Back in 1971, the ambitious Philippe de Benoist purchased the stunning 17th-century Chateau du Nozay and began planting vines around the property, and today his son Cyril runs the operation with boundless enthusiasm and effusive intelligence. In fact, Cyril is a nephew of the legendary Aubert de Villaine of Domaine de la Romanée Conti (his mother Marie-Helène is Aubert’s sister), so perhaps that visionary spirit runs in his bloodstream. In an appellation in which it is so easy—and, perhaps, tempting—to produce wine with a minimum of effort and rely on its famous name to sell it, Cyril’s restless pursuit of his terroir’s deepest possible expression is admirable. The entire property is farmed organically, and Cyril is converting gradually to biodynamics (with certification in place for 2018); employs only spontaneous fermentations; and the wines are not rushed into bottle, instead spending much of those warm spring and summer “selling months” being nourished by their fine lees.