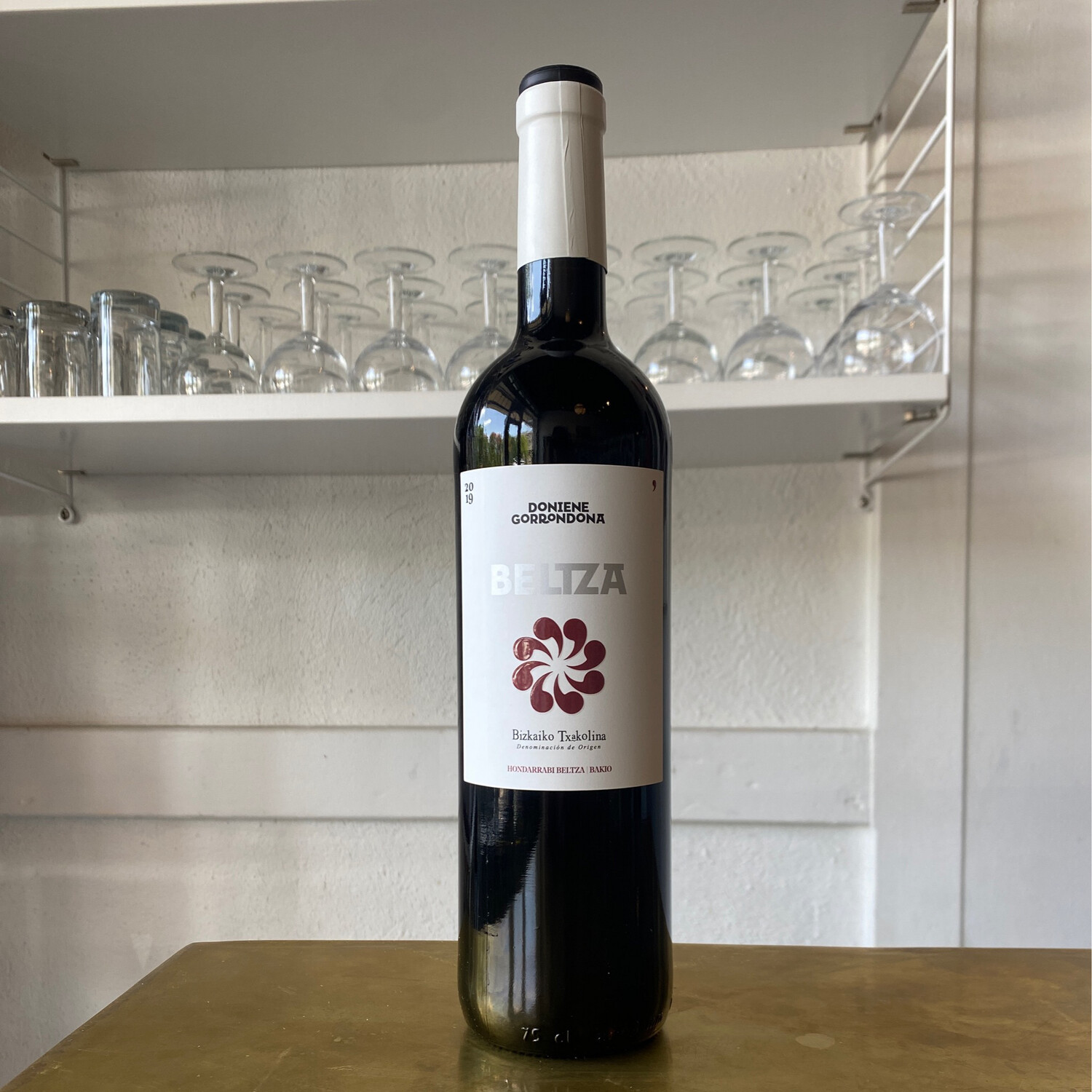 SKU 400000014388
$29.00
Out of stock
1
Product Details
Country: Spain
Region: Basque Country
Varietal: Hondarrabi Beltza
Vintage: 2020
Size: 750ml
Doniene Gorrondona is famous for never giving up on the native hondarrabi beltza grape and red txakolina, as the history of the region once included more red wines than white prior to phylloxera due to the proximity of the lucrative Bordeaux market across the bay. In fact, they built their entire project in 1994 around the centenary vines in the oldest vineyards at Gorrondona, acting as inspiration for reviving the lost traditions of txakolina production in the Bizkaiko area. Beltza is easily one of the coolest and most unique red wines produced in the Basque Country, or Spain, for that matter. Beltza is a pioneering red txakoli that both Doniene Gorrondona and De Maison Selections have fought for more than two decades to save hondarrabi beltza from extinction. These days it is easy to forget that before producers like Gorrondona saved hondarrabi beltza, only a few hectares of the grape existed in very small pockets in Basque Country, and most everyone except two of our producers had given up on it entirely.
Beltza has become a cult classic among those in the know and is widely regarded as the premier red txakolina of Basque Country. With a wild, rustic red fruit character and not a trace of astringency, Beltza is fruit-driven and peppery; it is reminiscent of cabernet franc, to which it has recently been identified to be one of the parents. Fans of Loire Valley Chinon and Saumur Rouge will instantly understand this charming, wild, fresh red wine. Beltza repays time spent aging in bottle, patience rewarded with added complexity in just three to eight years of cellar time.

Doniene Gorrondona is perched on precipitous green cliffs above the Bay of Biscay in the seaside village of Bakio, near Bilbao in the Spanish Basque Country. The name of the winery is a combination of Doniene, Basque for Saint John, the patron Saint of Bakio whose shrine and hermitage is on the summit of the nearby San Juan de Gaztelugatxe island, and Gorrondona, the name of the farmhouse and winery which was built in 1852.

The winery was founded by winemaker and oenologist Itziar Insausti and journalist Andoni Sarratea. Itziar’s brother Egoitz works in the winery and assists agronomist Julen Frías in the vineyards. Doniene Gorrondona was one of three original pioneers in the revival of txakolina production near Bilbao, with the creation of the Bizkaiko Txakolina DO in 1994. Prior to that, the txakolina discipline was nearly lost in the area, with many vineyards given over to the construction of seaside homes. Their goal has always been to rejuvenate the tradition of txakolina and honor its contribution to the gastronomic and cultural history of their village with the indigenous hondarrabi zuri and hondarrabi beltza grapes. Unlike some of their neighbors, they eschew the use of international varietals, believing in the traditional local grapes of their ancestors.