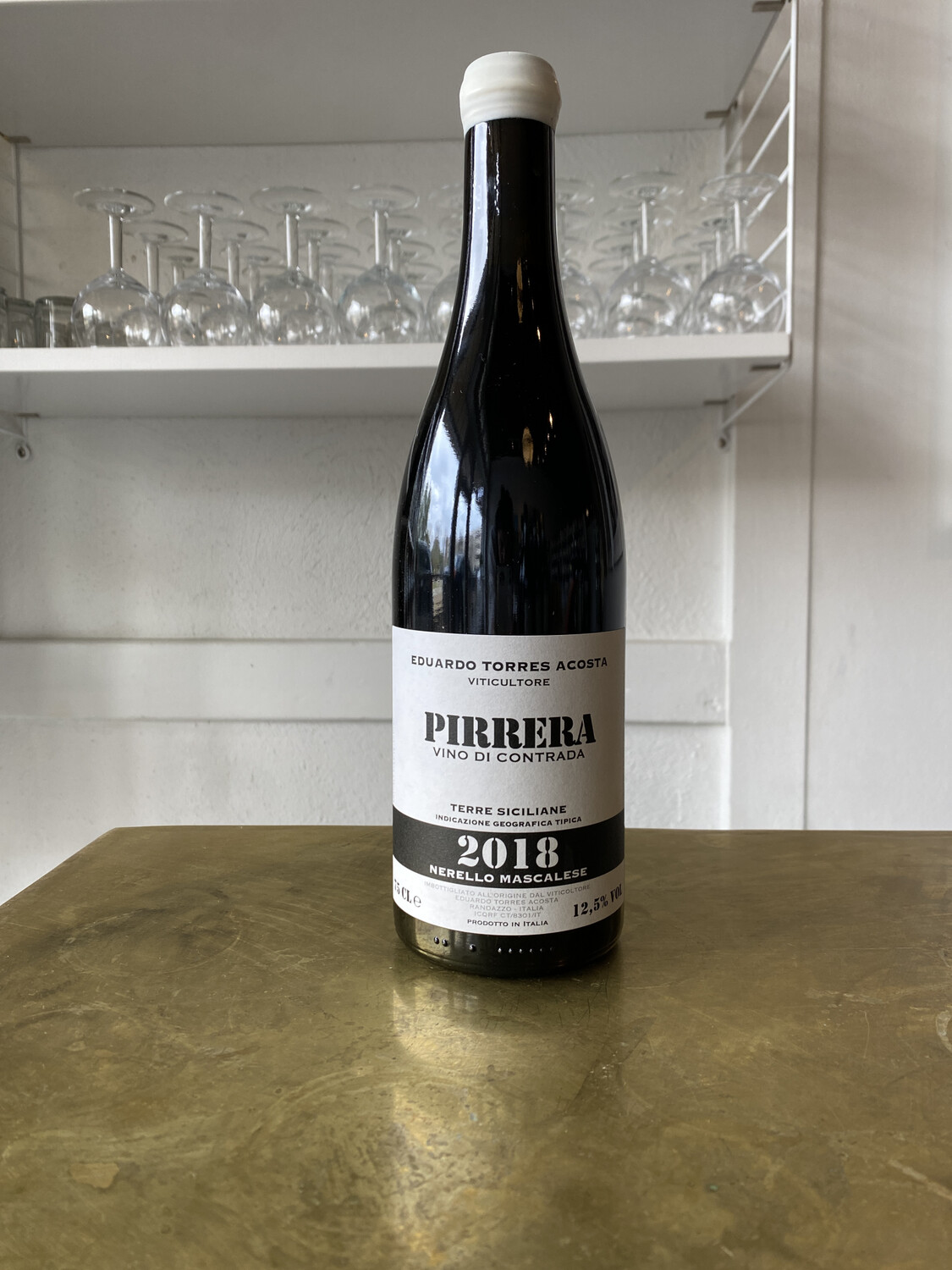 Pirrera comes from a single contrada located at 850 meters in altitude. The name of the vineyard, Pirrera, stems from the presence of volcanic stones which were extracted from a quarry during a lava flow in 1614. The vineyard had been largely abandoned and is slowly being restored by Eduardo. Lighter and fresher than the Versante Nord due to the higher altitude, this is a blend of 90% Nerello Mascalese and 10% local varieties from vines of 50 plus years.

Pirrera is a half-hectare parcel at 850 meters on the north side of Mt. Etna--its name is a reference to its rocky nature (stones abound thanks to the quarrying of a 1614 lava flow). Eduardo acquired it as a long-abandoned vineyard and rehabilitated it. The vines are around 50 years old and pruned in alberello as bush vines, which Eduardo tends by hand and organically. As is typical with old vines on Etna, the planting is mixed: reds include Nerello Mascalese, Nerello Cappuccio, Alicante and Garnacha and the whites Minnella, Catarratto, Grecanico and Inzolia. Pirrera ripens a week or more later than Acosta's "Versante Nord" parcels due to the high elevation. The bunches are hand-harvested, partly destemmed (varies with vintage), co-fermented spontaneously with native yeasts and without sulfur or temperature control in concrete tanks. Maceration lasts around 15 days. The wine is aged for 28 months in concrete tanks and old barriques with minimal racking and bottled without fining or filtration and with a tiny amount of sulfur.

Eduardo Torres Acosta, a young winemaker from the Canary Islands, first began working with vines in Tenerife where his father (a local postman) had a small plot of land. In 2012 Eduardo moved to Sicily, where he interned at Azienda Arianna Occhipinti (you may have heard of her.) Soon thereafter he got a job as the enologist at Azienda Passopisciaro, one of the pioneers of Etna's new wave of producers. Despite Eduardo’s "outsider" status, he managed to rent several fine parcels on Etna from locals. Up until the 2017 vintage, the grapes were harvested and then trucked to Arianna Occhipinti’s estate in Vittoria. Since the winemaking facility is not on Etna, the wines were not allowed DO status and simply carry the IGT Terre Siciliane designation. In 2018, Eduardo was able to convert a small Etna garage into a winery but has decided to keep the wines IGT.