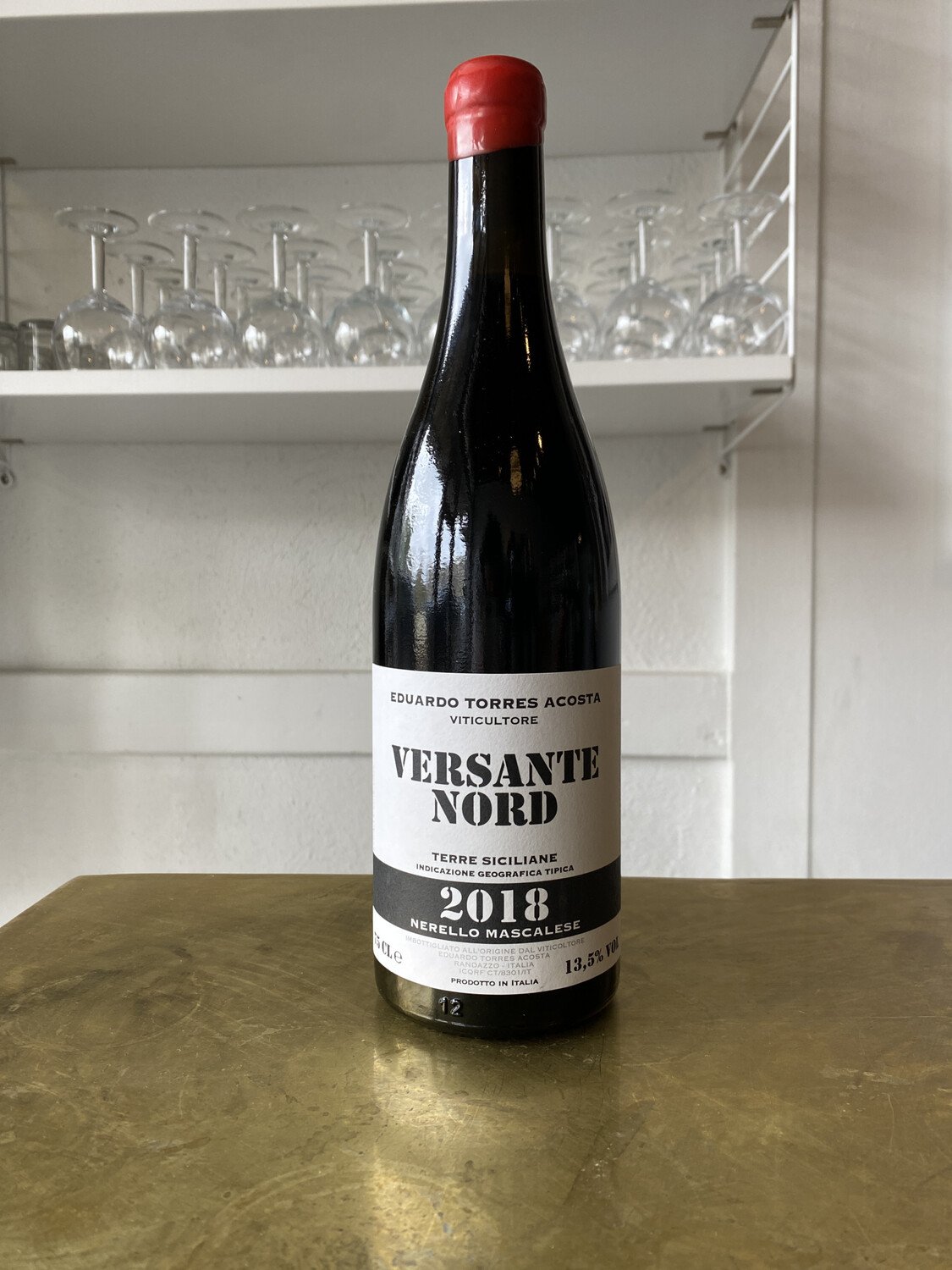 85% Nerello Mascalese/15% other. Eduardo organically farms parcels totalling 3.5 hectares on the north face or versante nord of Mt. Etna. Those parcels are scattered amongst 6 different contrade or districts: Pietramarina, Allegracore, Daini, Friera, Zucconero and Marchesa. The soils are variations on sandy volcanic ash and the elevation ranges from 550 to 950 meters. veraging over 50 years old, the vines are generally alberello-pruned, either as individual bushes or on wires depending on the parcel; the varieties are interplanted and include a preponderance of Nerello Mascalese and Nerello Cappuccio, as well as smatterings of Alicante, Garnacha and other reds (plus whites like Minnella, Catarratto, Grecanico, Carricante and Inzolia that are vinified and bottled separately). The bunches are hand-harvested, partly destemmed (varies with vintage), co-fermented spontaneously with native yeasts and without sulfur or temperature control in concrete tanks. Maceration lasts around 15 days. The wine is aged for 16 months in concrete tanks and old barriques with minimal racking and bottled without fining or filtration and with a tiny amount of sulfur. 15,000 bottles produced in 2018.

Eduardo Torres Acosta, a young winemaker from the Canary Islands, first began working with vines in Tenerife where his father (a local postman) had a small plot of land. In 2012 Eduardo moved to Sicily, where he interned at Azienda Arianna Occhipinti (you may have heard of her.) Soon thereafter he got a job as the enologist at Azienda Passopisciaro, one of the pioneers of Etna's new wave of producers. Despite Eduardo’s "outsider" status, he managed to rent several fine parcels on Etna from locals. Up until the 2017 vintage, the grapes were harvested and then trucked to Arianna Occhipinti’s estate in Vittoria. Since the winemaking facility is not on Etna, the wines were not allowed DO status and simply carry the IGT Terre Siciliane designation. Eduardo was able to convert a small Etna garage into a winery, so this may well change with the release of the 2018's.