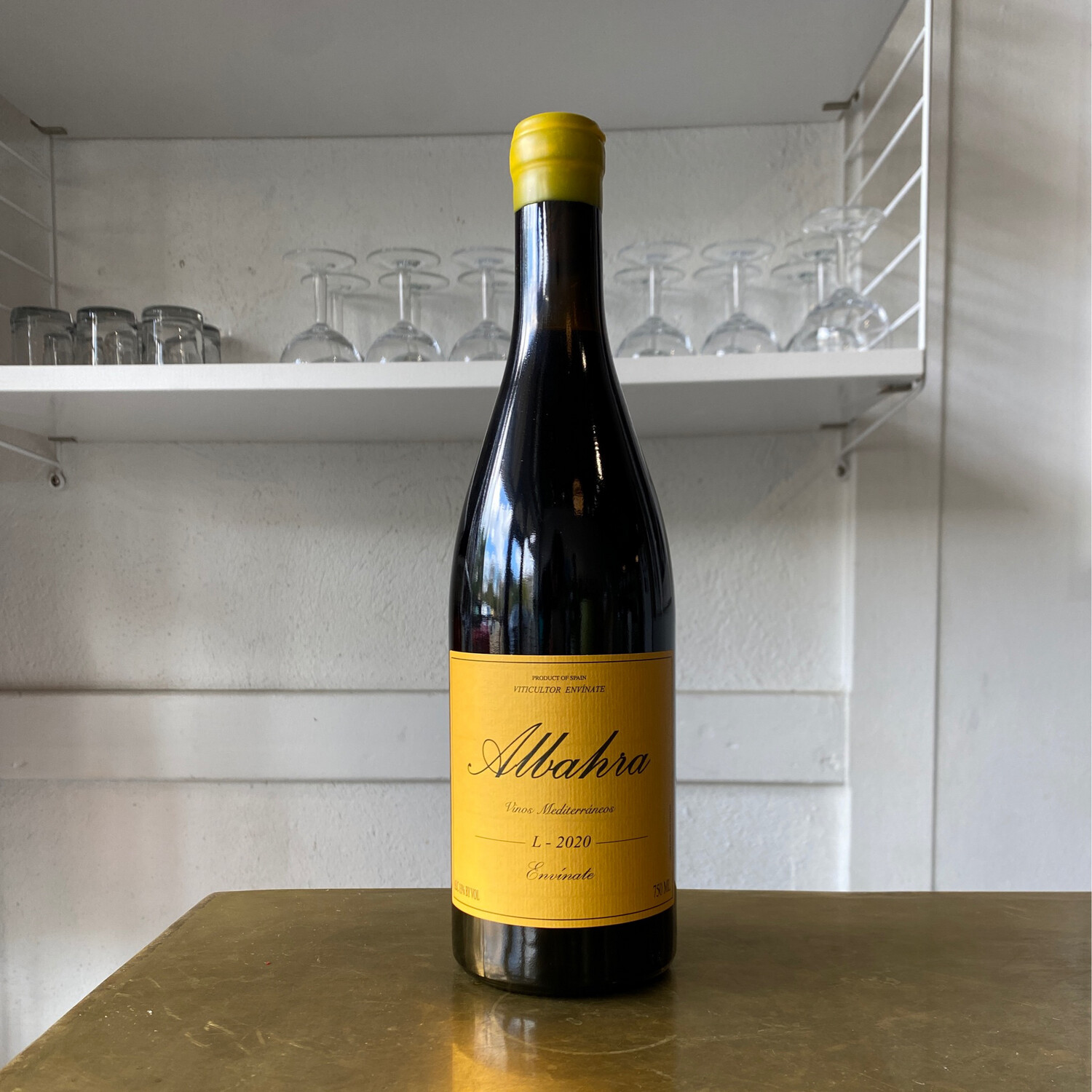 Albahra (Castilian for “small sea”) is named for the vineyard area in the Almansa region close to the town of Albacete, located at the southeastern tip of Castilla-La Mancha. A blend of 70% Garnacha Tintorera and 30% Moravia Agria. The Garnacha Tintorera (aka Alicante Bouschet, a red-juiced grape) is from a 3ha parcel vineyard on clay/calcareous soils. The Moravia Agria (a high-acid, low alcohol blending grape) is from a single vineyard on sandy clay-calcareous soils in neighboring Manchuela, which is pruned to get larger grapes, since there is only around 50ha of Moravia Agria left in Spain. All grapes are hand-harvested and vinified separately by parcel. The Garnacha Tintorera is foot-trodden in vat with 30-50% stems included and 6-10 days skin maceration, then fermented and raised on fine lees in concrete for 8 months. The Moravia Agria is completely destemmed and sees 7 days maceration before being pressed and raised on fine lees in 228L used French barriques for 8 months, all without battonage. The wine is then blended and bottled unfined, unfiltered and with very little SO2 addition.