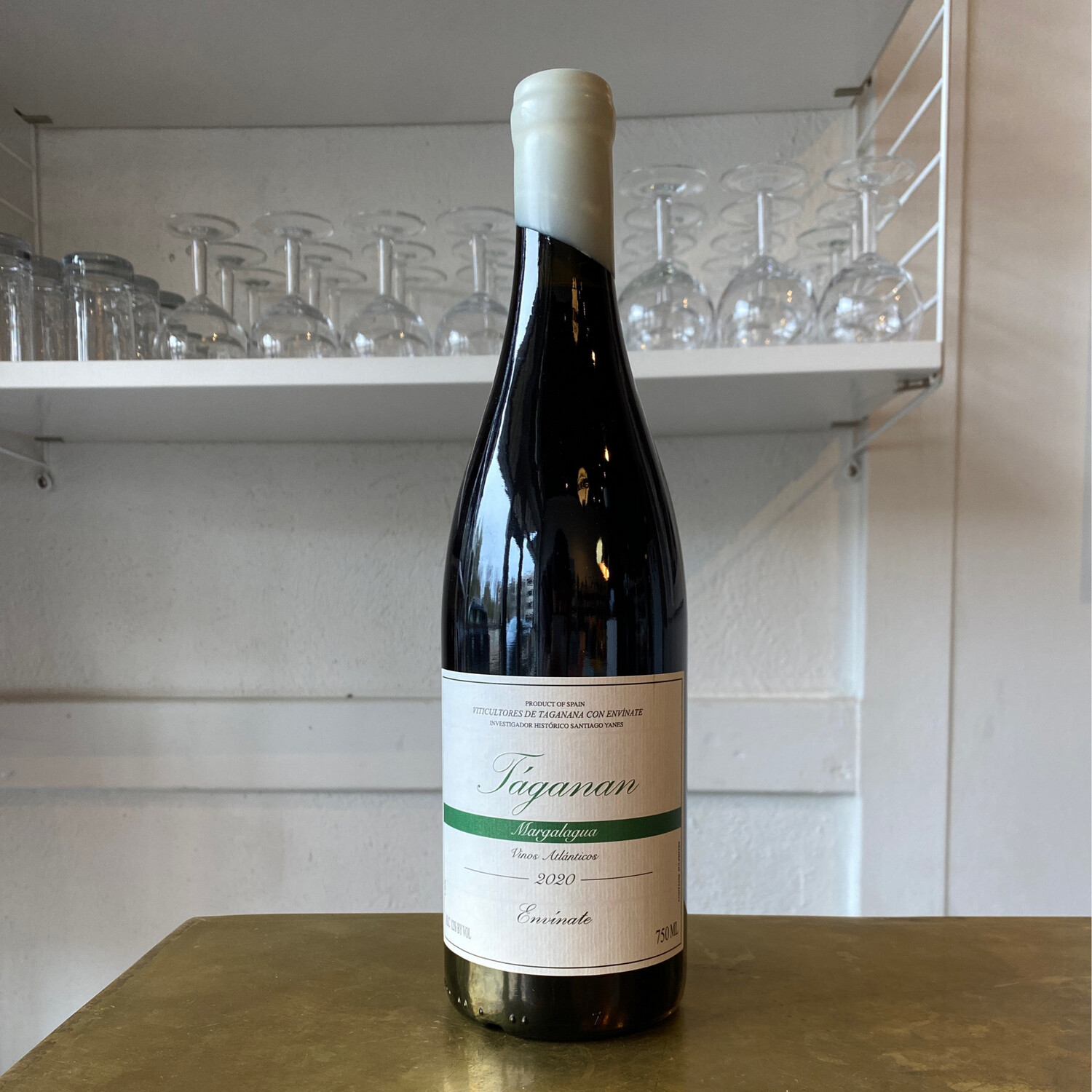 Margalagua, or “Mother of the Water”, is the name of a small single parcel organically farmed by viticultor José Angel Alonso and Envinaté. This treacherously steep vineyard site sits in between 150-250 meters elevation just above the Atlantic Ocean, on the north side of Tenerife. As was tradition with the very old vineyards on Tenerife, Margalagua is mix planted with many different indigenous grape varieties (too many to be named here) such as Listan Negro, Listan Prieto, Baboso, Negramoll, Malvasia Negra, etc. The vines are at least 100 years old, untrained (they grow wild on the ground), and planted on their own roots, as is typical of the phylloxera-free Canary Islands. This wine was fermented in old 500 liter barrels with the whole grape clusters included, and then raised in neutral 500 liter French oak barrels for 11 months.