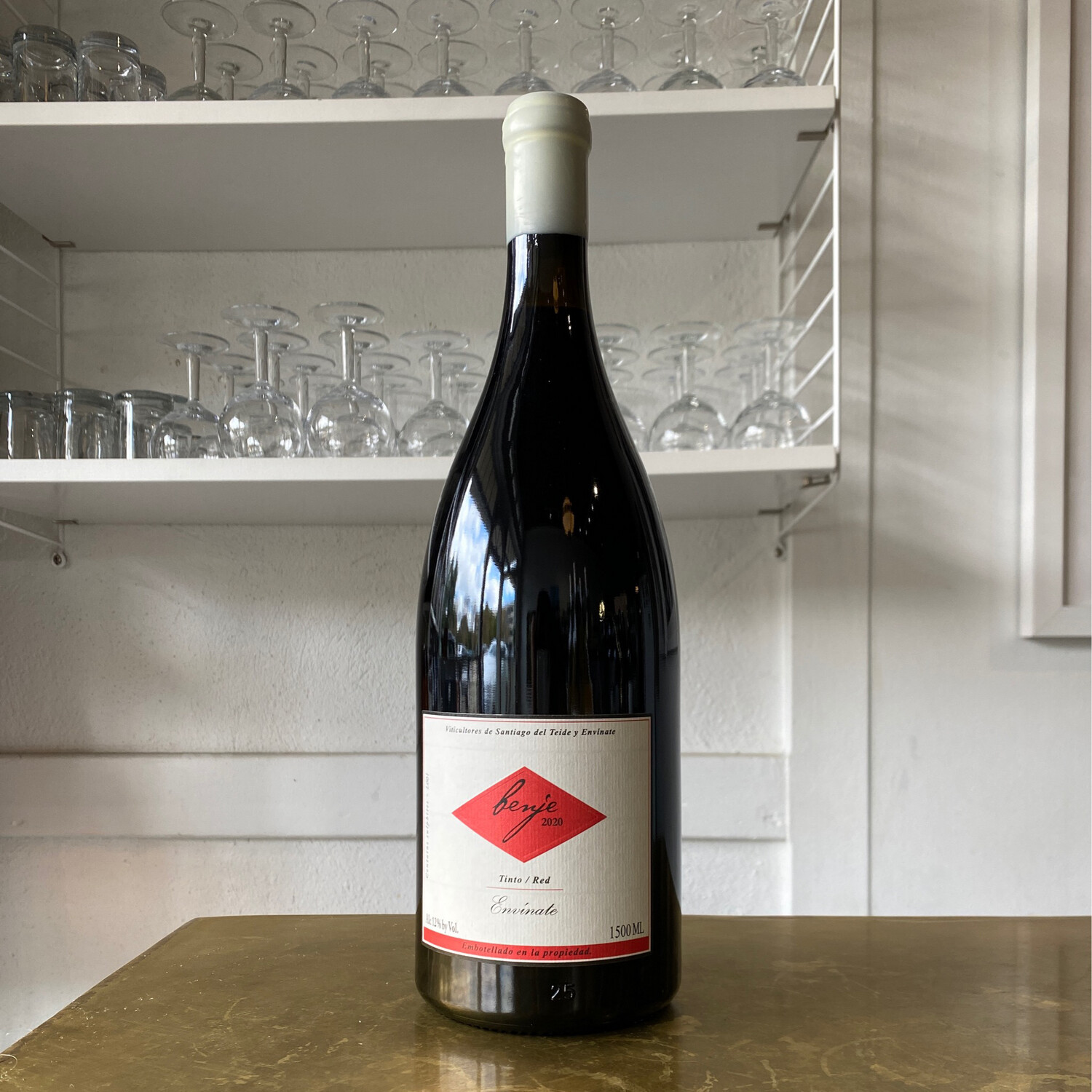 Benje Tinto is sourced from 1,000 meters elevation, old-vine, pie franco parcels of Listan Prieto (Mission) with a bit of Tintilla, named “Masca,” “La Zanja,” “Valle de Arriba,” and “Llano Redondo”, all of them located in Santiago del Teide. Each parcel is hand-harvested and vinified separately, some in concrete and some in small open tubs. Maceration is 10-30 days (depending on parcel) with daily punch-down; malolactic fermentation is in neutral French barriques, then raised 8 months in the same barrels without battonage. Bottling is without fining or filtration.