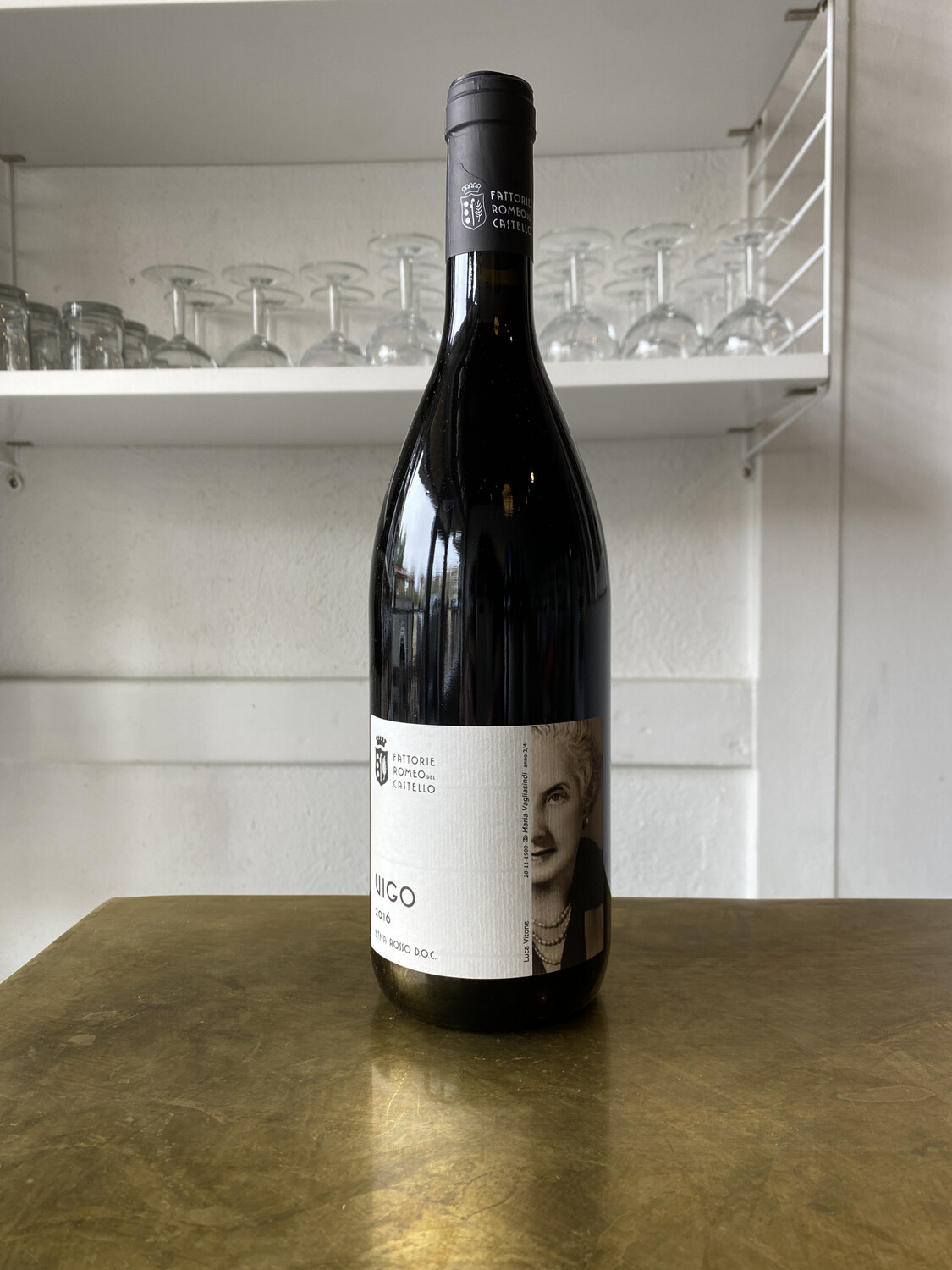 The grapes are hand-harvested, fermented in open wood vats for the "Vigo" cuvee and stainless steel for "Allegracore," without yeasts, enzymes or temperature control. Sulfur is used sparingly, if at all. "Vigo", a riserva made only in exceptional vintages, is aged in older oak casks for about 14 months then bottled without fining or filtration. The "Vigo" shows all the remarkable characteristics and potential of this perfect match of terroir (pure volcanic ash and lava flow) and a delicious grape variety only found in this corner of the world. How great are the soils here? A thousand year old olive tree survives in them.

The 14 hectare estate is surrounded by a 20 foot wall of petrified lava formed during an eruption in 1981, one of Etna's most vicious. The stream that forms the wall was headed directly towards the vineyards and house, but miraculously took an abrupt right turn before extinguishing itself into the Alcantara river. Though 15 hectares of land were scorched, luckily their 100 year old vineyard ofNerello Mascalese was spared. And to top it off, the wall of lava has modified the vines' exposure to wind, creating a unique micro-climate! On a lower plateau, young vines of Mascalese from massale selection have been planted over the last decade, for a total of 14 hectares at 700m elevation.

All of the vines are trained in alberello, the traditional cultivation method of the region. In her beginnings, Chiara was heavily assisted by Salvo Foti's Vigneri team of workers in the vines as well as Salvo in the cellar. But with accumulated experience, she now does everything herself.

Beyond the wine itself, Chiara has used Fattorie Romeo del Castello to pen a love letter of sorts to her family's past through the dynamic, ever changing labels. Each cuvee tells a different story, with each vintage adding an element to the narrative (we highly recommend you reading each wine's "fun facts" to dive deeper into their meanings). Prior to coming back to the winery, Chiara earned her PHD in art and specifically focused on wine labels (she even published a book!) so it's no surprise her own wines would serve as an artistic outlet.