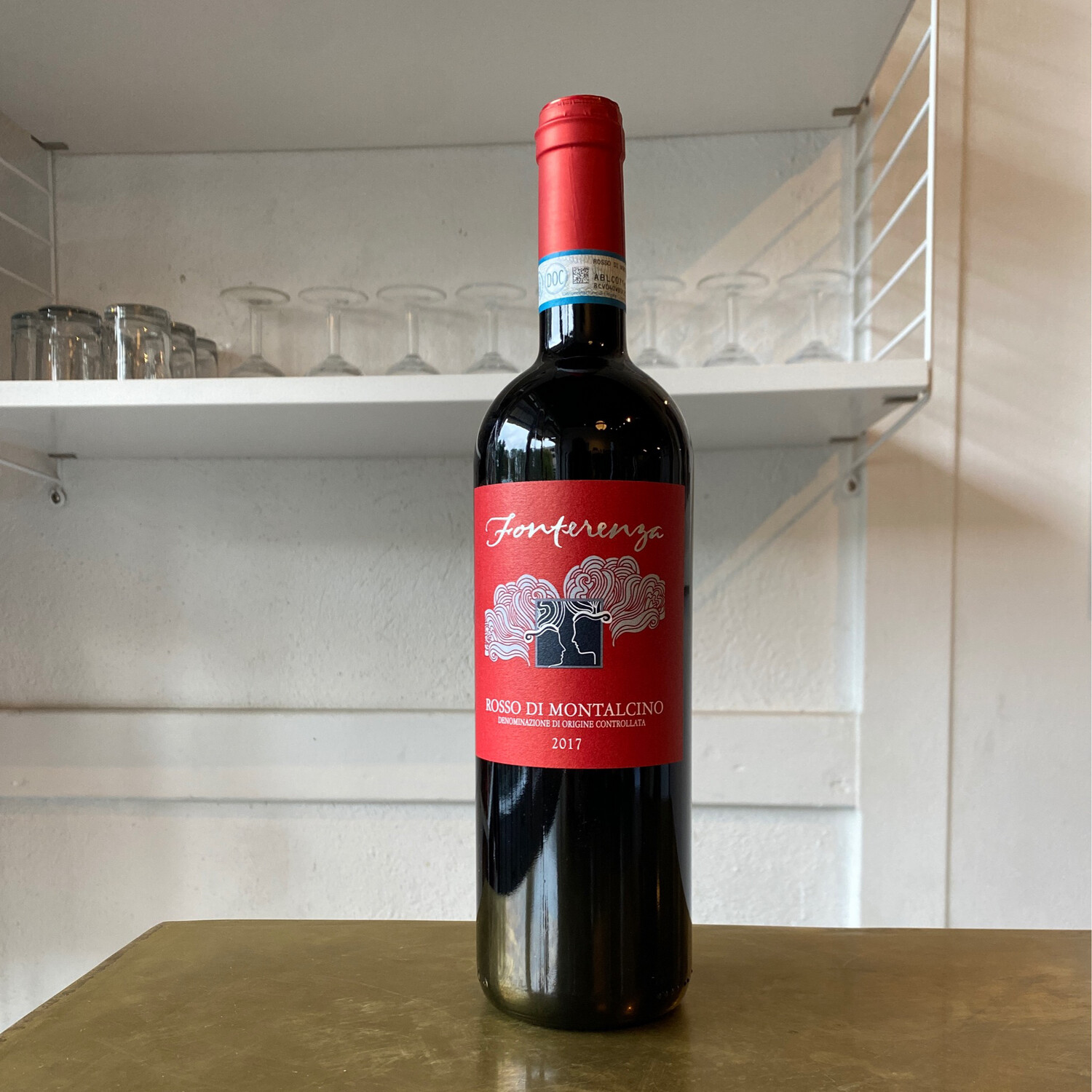 They do not consider this wine as a second tier wine or a lesser Brunello di Montalcino D.O.C.G. Their vineyards are all in an area historically renowned for the production of Brunello and are ideal for the production of structured wines. Their Rosso di Montalcino is merely a different interpretation of Sangiovese, characterized by a great potential for cellar evolution but aged for a shorter period in wood (22 months in oak barrels), preserving characteristics of rustic youth, fruity exuberance and a distinctive saline and earthy profile that is typical of all our Sangiovese. It is mostly from their three plots; Bosco, Alberello and Strada, vinified separately before a final blending. The first vintage produced was 2003.

Founded by twin sisters Margherita and Francesca Padovani in 1997, Fonterenza is a biodynamically farmed estate spread over the commune of Montalcino. Though the twins grew up in Milan, the farm where they currently reside has been in the family since the 1970's. Viticulture, however, does not run in the Padovani family; in fact, there were no vines whatsoever on the property until Margherita planted the first plots in 1999.

Francesca quickly joined her sister on the project, and subsequent plantings took place in 2002 and 2005 over four hectares of vines, with 3.5 hectares planted in Sangiovese and the rest in Cabernet Sauvignon (regrafted to Sangiovese in 2012). From the beginning, Margherita and Francesca agreed not to use chemicals in their vineyard practices, which quickly led to an interest in biodynamic viticulture and, a few years later, minimal intervention winemaking.

The estate now consists of three plots totaling 4.2 hectares: Vigna del Bosco (2h), Vigna della Strada (1.7h) and Vigna Alberello (0.5h). The first two were planted in 1999 and the third in 2005. While all the vineyards are gorgeous, Vigna del Bosco is particularly stunning; one must walk or drive down a long beautiful path to arrive to a hill completely surrounded by woods.