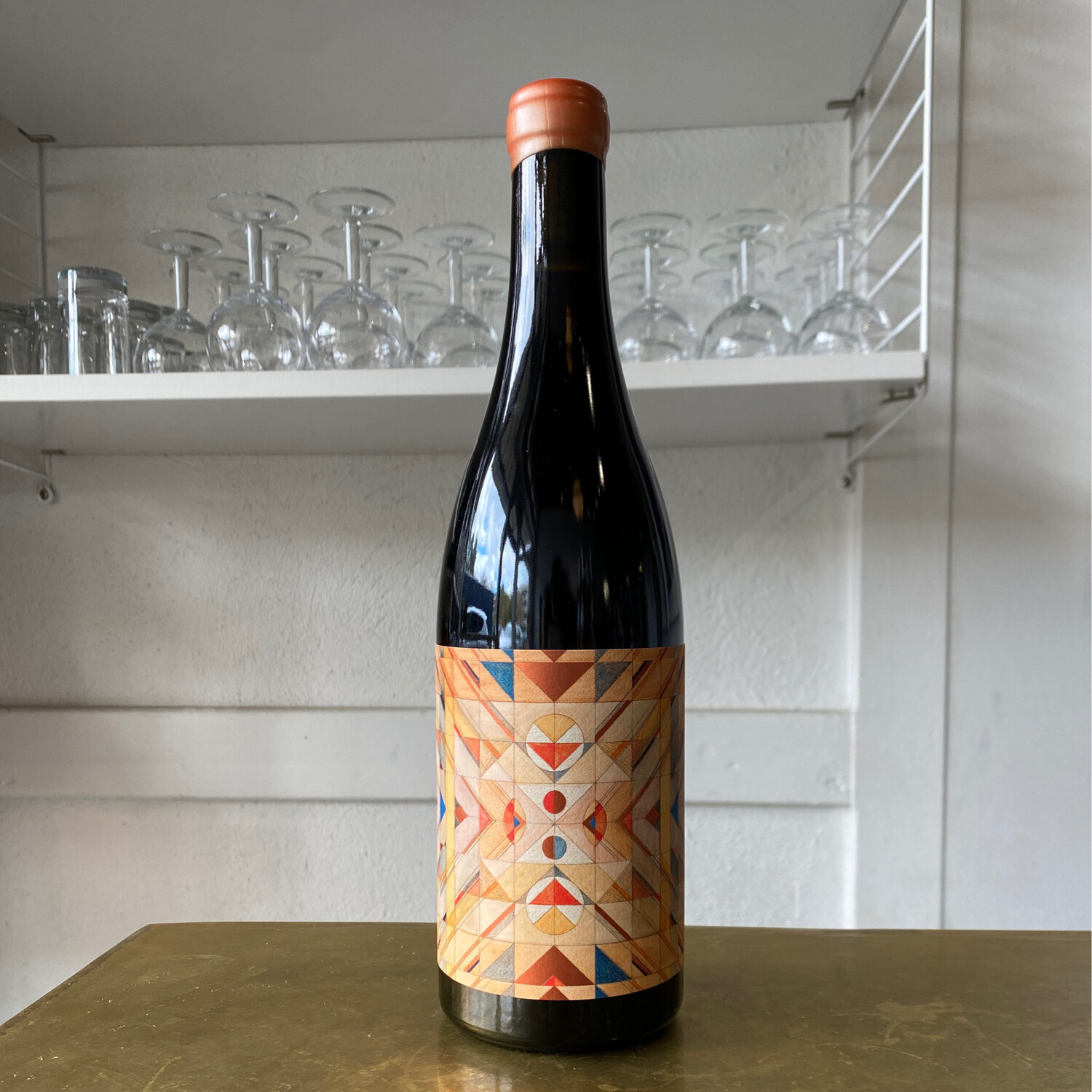 Take everything you know about Barossa Grenache, then forget you know it. That is step one for really enjoying this bottle! There is an air of McLaren Vale-ness to the wine, but with more intensity of fruit (old vine Barossa) but still in a bright, crunchy style. This is by no means a simple wine though. The fruit comes entirely from the ‘Hongell Vineyard’, an old-vine site just south of the historic Barossa region of Tanunda in Krondorf. While the vineyard is not certified, it has been farmed organically for over ten years. Steve loves the grip and density, while being light, this site gives. 2019 had a very dry winter and little rainfall. The low, lying gully of the ‘Hongell Vineyard’ was quite frosty in the spring, producing a very small fruitset. As summer crept in there were 3-4 bands of 100ºF temps with rather warm nights. As a result, the tannins were going to be there and nailing the pick date to get natural acid was a must. Mike Bennie of The Wine Front said about this wine it is “showing people how good Barossa grenache can be.”

Frederick Stevenson is the winemaking alias of Steve Crawford. He started the project as an antidote to the industrial scale and trophy winemaking that he felt had overwhelmed the Aussie wine scene. Traveling around Europe, Steve was inspired by the fresh drinkable wines and the merger of wine into daily life. When he returned home he decided that he wanted to show an elegant side to south Australian wines, and prove that structure and balance can be achieved without the addition of acid, tannin, enzymes and new oak. Working out of a small warehouse in Adelaide Steve focuses on texture, interest and creativity. The vineyards are by far the most important part of his production tending to focus on tannin and acid, and he will pick according to this. Steve always felt “weirdly anxious” about recipe winemaking in Australia, so instead he has taken a low intervention approach in the winery, varying what he does depending on the vintage. He adds a small amount of sulphur to the wine just prior to bottling – to eliminate bottle variation and protect the wines from exposure to oxygen on its first racking.