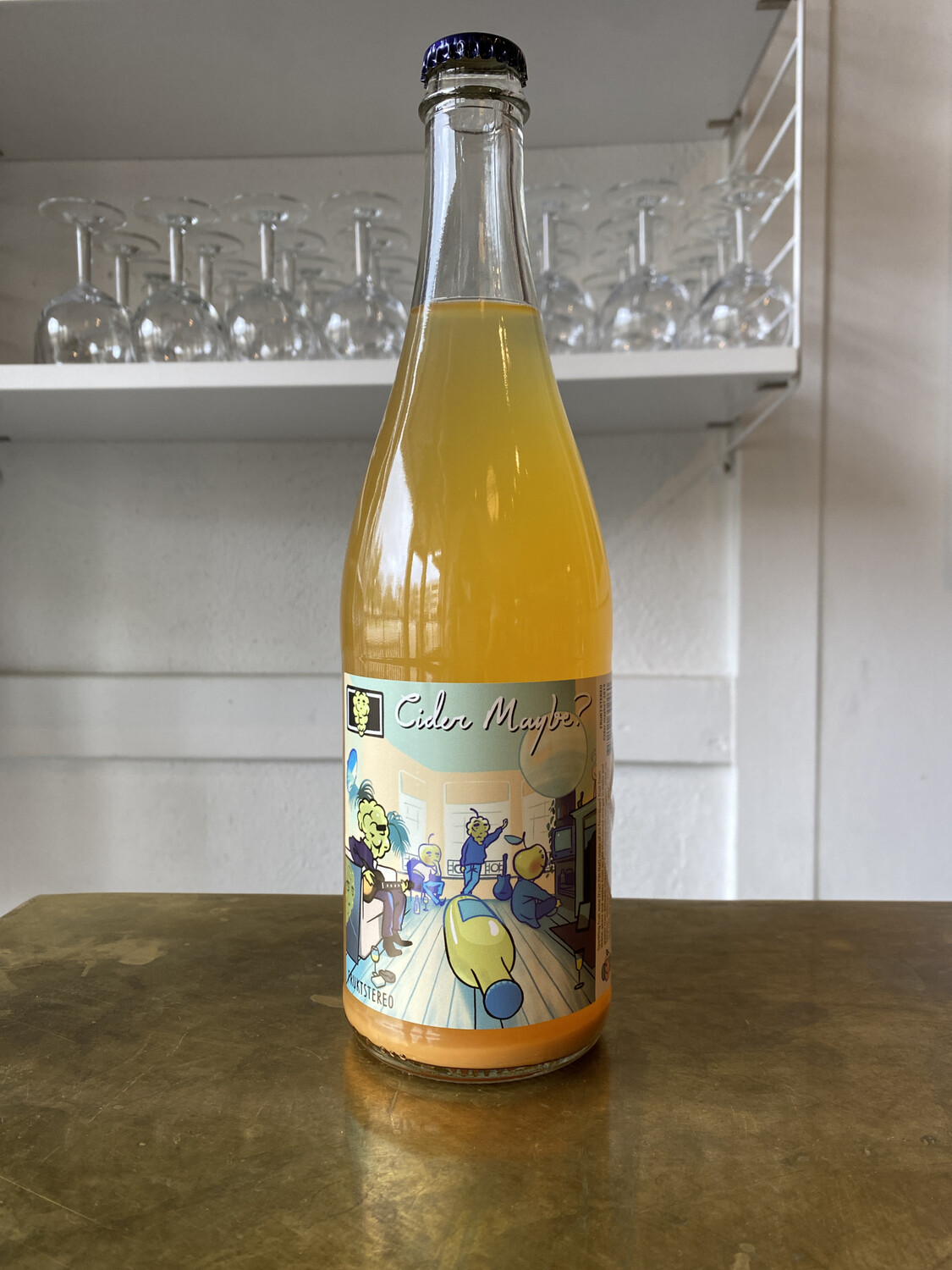 400000010595
$32.00
In stock
1
Product Details
Producer: Fruktstereo
Country: Sweden
Varietal: Pears mixed varieties 80% Apples 10% Solaris grape skins 10%
Vintage: 2019
Size: 750ml
Pears and apples from the abandoned orchard in Dalby, local Solaris grape skins from Hällåkra vingård and Flyinge vingård. Is it a cider? Or a Fruit Pét-Nat? Is it really important? Anyway, this is something they have great belief in. A co-ferment with pears, grapes and apples. It started with pears from the abandoned orchard in Dalby, fermented with white Solaris grape skins for about 3 weeks like an orange wine that gives it tannins. Later freshened up with some apples.

After many years in the restaurant business as runners, dishwashers, waiters, managers and sommeliers Karl Sjöström and Mikael Nypelius decided to start their own company to spread the word about good produce and especially what they knew the most about, beverages. With the intention of building up a bigger and more long lasting knowledge of natural and more sustainable products they began to import natural wines in 2014 from friends all over Europe.

At the same time they wanted to produce something themselves and the creation of FRUKTSTEREO was a fact. First year (2016) they produced everything at Hällåkra Vingård, 30 km outside of Malmö, with fruit from the farm and the villages close by. The year after they got their own place in the old harbour area close to the city center of Malmö where they now produce everything by hand from fruit to finished product.

They make CIDER (and/or FRUIT PET NAT) from 100% fruit, fermented with its natural yeast and without any additives. After picking, crushing and pressing the different fruits they use neutral containers to ferment the juice, mostly plastic vats. During fermentation they bottle the juice and let the last part of the natural sugar ferment in the bottle, producing bubbles.

A category already existing in the wine world is pétillant naturel or for short "pét-nat". This is a wine made with the ancestral method which results a sparkling wine. The process, in short, is putting grape juice that is still fermenting in bottles, corking them, and allowing the fermentation to finish in the bottle which will create natural bubbles. Since this method was the most similar to what they use for most of our beverages, they decided to start terming their products "fruit pét-nats". It felt like a far more defining term of what they're actually making then calling all of their products ciders. They didn't stop there, as they began to think that one can even specify the kind of pét-nat, even if it's made of only one or two fruits. For example: "plum pét-nat", "cherry pét-nat", "apple-grape pét-nat".