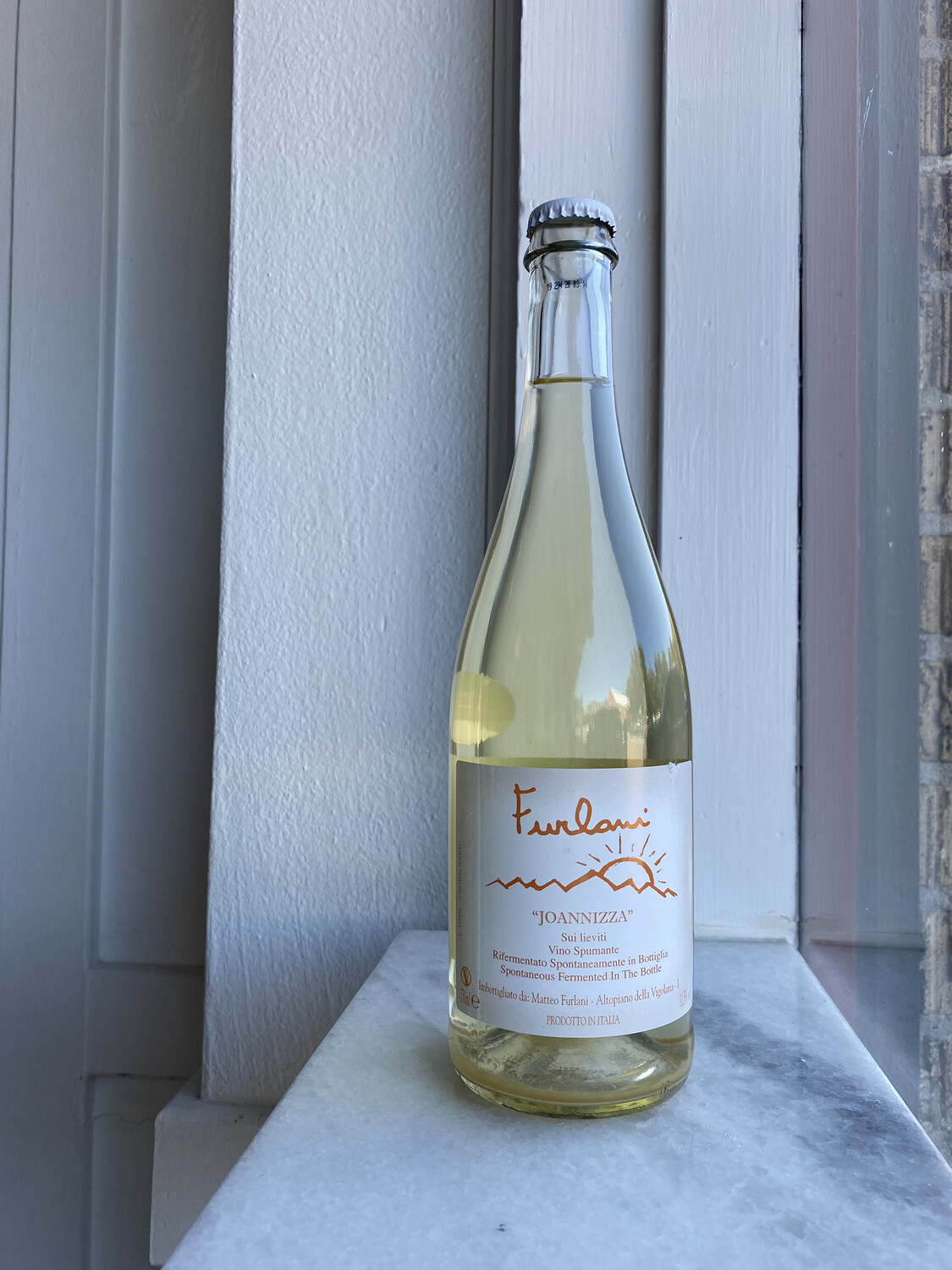 Joannita is a very rare grape variety that was bred in 1968 by Johannes Zimmerman at the wine growing institute in Freiburg, Germany. It is a cross between Riesling, Seyve-Villard, Rulander and Gutedel that has proven to be fungus and disease reisistent in cold, wet climates such as the high Alps. It can be found rarely, in tiny pockets of Switzerland and Germany. Matteo Furlani planted a small 1 hectare parcel of the variety 4 years ago, this is the first harvest and subsequent wine made from it. One week skin maceration during primary fermentation. Refermented in bottle (pet nat) with conserved grape must. Practicing organic and some biodynamics. No sulfur added.

Soils are surface clay over schist and broken granite, known as sasso dolomitico, planted in several small parcels surrounding the village of Povo, directly above Trento. Vines are trained in the traditional 'pergola trentina' allowing for proper ventilation, drying and sun exposure. Local varieties are prized above all though there is a small planting of pinot noir and chardonnay used to make the "metodo interrotto" sparkling wines.

Wines are fermented either in cement tanks or small glass demijohns with no temperature control, no yeast, no sulfur. To clarify the wines they are often racked into demijohns during the winter and placed outside in the snow allowing the wine to naturally settle. The "Metodo Interrotto" or Interrupted Method cuvee's essentially refer to an unfinished method champagnoise, bottle refermentation.

Roughly 50/50 pinot noir and chardonnay, these wines were fermented as still base wines, aged briefly until the Spring before they were bottled with unfermented must (conserved from the harvest). Following bottle fermentation they are aged 24 months on the lees; no sulfur, no disgorgement, no dosage.