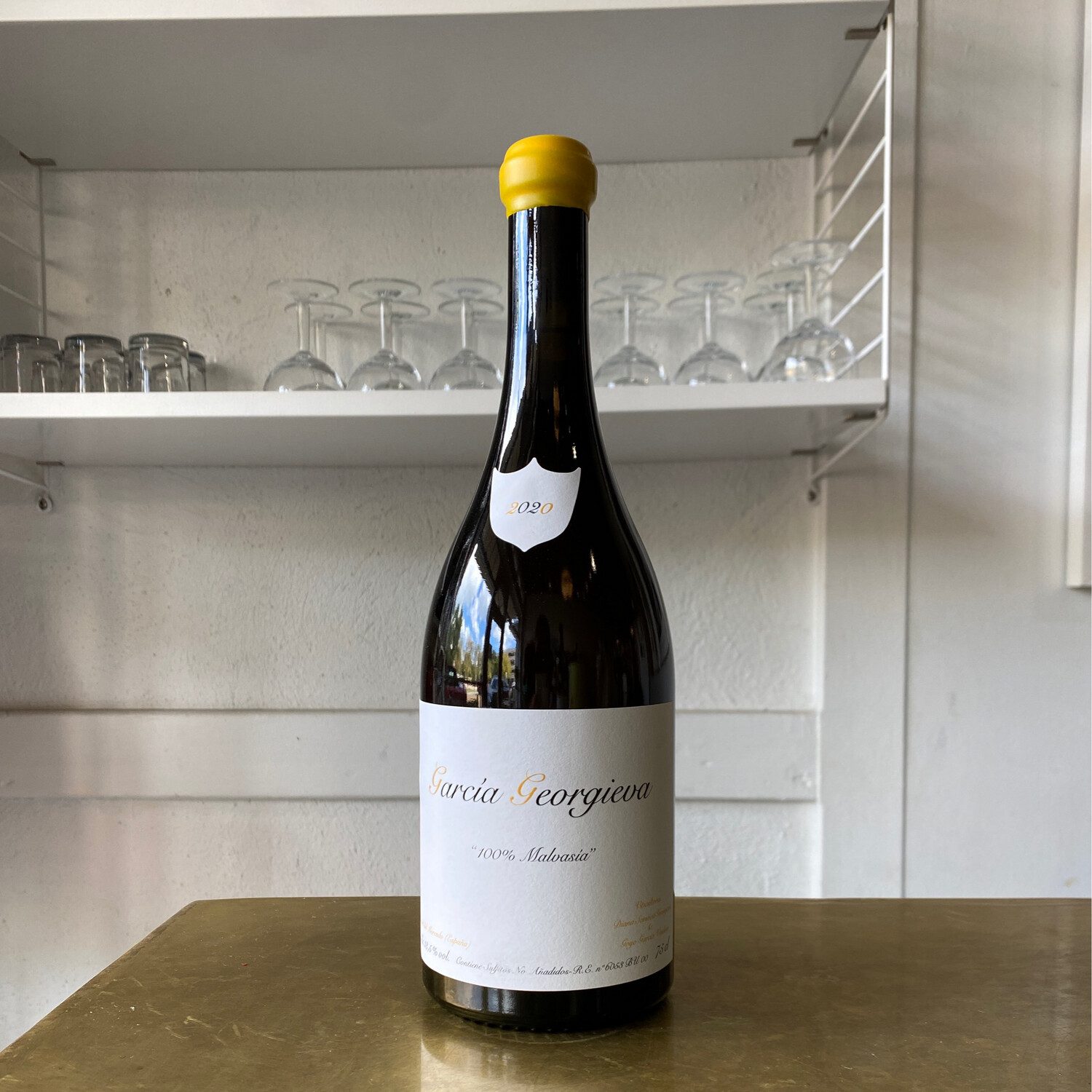 "García Georgieva Malvasia" is made from centenarian vines of Malvasia, hand-harvested, destemmed, and pressed in an old-fashioned basket press. The wine is fermented with wild yeasts in steel vat with about 14 days skin contact and full malolactic fermentation, and then raised in the same vat on fine lees, bottled in early spring without fining, filtration or added SO2.

Goyo comes from one of the most respected winemaking families in the Ribera del Duero. Greatly inspired by natural winemakers, like Pierre Overnoy from the Jura, Goyo started to farm and produce his own naturally made wines in 2003.
Accompanied by his wife Diana Semova Geogieva, he farms single plots in the heart of Ribera del Duero, near the town of Roa, almost all of them interplanted with small percentages of white grapes, on different soil types and altitudes. The idea is to come back to the past and let the vineyard –rather than each individual grape variety – fully express itself. To accomplish that he works with very old, traditionally head-pruned vines, harvests first for acidity, and then co-ferments red with white grapes together, as things were done in Ribera del Duero back in the good old days.
All of his wines are de-stemmed, fermented exclusively with wild yeast, and nothing is added during elevagé (including SO2). The wines are raised in old French barrels at an underground, 4th century cueva located in Gumiel del Mercado.
Goyo also makes wine in Cantabria, the region where his mother comes from, high up in the Picos de Europa mountain range, where there is a little known out-cropping of old vine Mencia and Palomino planted on pure broken slate. With the help of a viticultor from the area, Goyo uses similar practices as his Duero reds to produce beautiful mountain-laden, mineral-inflected natural wines. That’s right, Palomino gone wild!