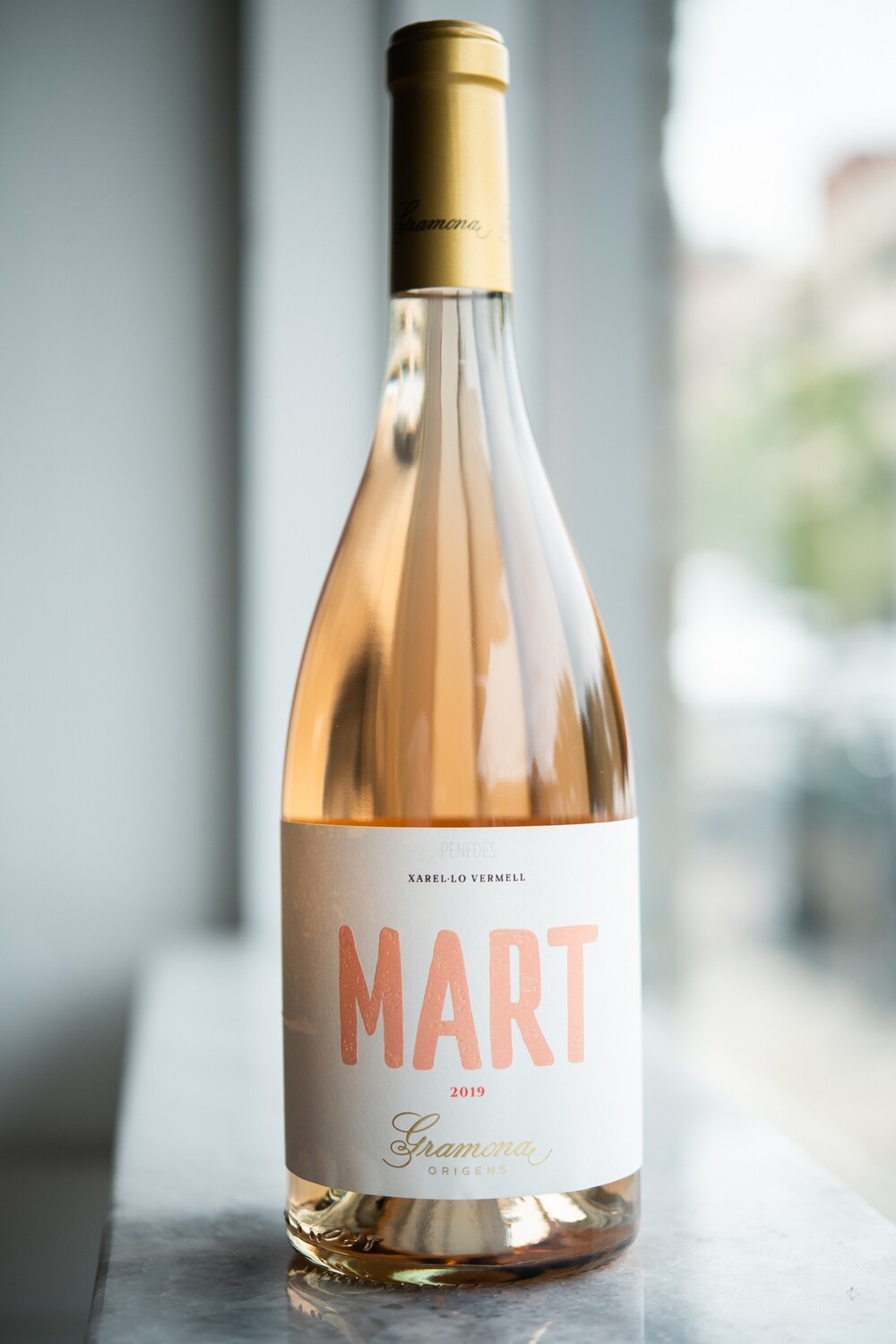 Palate : round and greedy entry, ample and unctuous. In the retro-nasal route the fruit and pink pepper return. In the end we find a bitter note that melts with the acidity that brings freshness.

Gramona’s history is long and storied with the property being a quality reference point in the Penedès for decades. As far back as 1816 a member of the family has been making wine in the vicinity of San Sadurní d’Anoia. Gramona name began to be put on bottles of “Cava Champagne” in 1921. Today the house is one of the few remaining family-owned estates in the region, most having been hoovered up by large corporations in the last half century. Jaume Gramona is in charge of viticulture and winemaking overseeing two cellars, the ancient family cave where their finest Cavas age under cork and a new cellar outside of the village. Grapes are sourced from 124 hectares of vineyards that are farmed biodynamically – 60 hectares that the Gramona family owns and 64 hectares of purchased fruit from growers that are practicing biodynamics under the Alianzas por la Terra, an organization created by Gramona to promote biodynamics in the Penedès.

At Gramona time is never an issue. The wines receive perhaps the longest average aging than any other cava and are never released until they are perfectly mature. Eighty-six percent of the cavas produced in the zone are released after 9 months while at Gramona cavas are aged a minimum of 30 months, and in the case of Enoteca, for 12-15 years! The Cavas at the top of their range, III Lustros, Celler Batlle and Enoteca are all aged under cork and are riddled and disgorged by hand. III Lustros and Enoteca Brut Nature are finished without a dosage while Celler Batlle receives a modest dosage of 7g/L from a sweet wine solera dating back over 100 years. This solera is also the source for the dosage of Cava La Cuvee and Cava Imperial.

Long considered a pioneer for their work in the cellar they currently farm their vineyards organically, and biodynamically with certifications from the Consell Català de la Producció Agraria y Ecològica and DEMETER. They are also taking steps to promote sustainability in their production by reducing their carbon footprint – using geothermic energy and recycling all the water used at the estate.

As of 2017 Gramona has been granted Paraje status for its vineyards clustered around the Font de Jui, a spring that is located at the heart of their finest vineyards. Totalling 15.5 hectares (10.5 ha of Xarel.lo and 5 ha of Macabeu) these vineyards are the source for III Lustros, Celler Batlle and Enoteca Brut and Brut Nature.

In addition to their range of sparkling wines, Gramona also makes still wines within D.O. Penedès including the ever popular Gessamí – a blend of Sauvignon Blanc, Muscat and Gewzürztraminer – as well as an several bottlings from Xarel.lo, most notaly a mineral and winsome rosé from the rare Xarel.lo Vermell – a pink berried mutation of the variety.