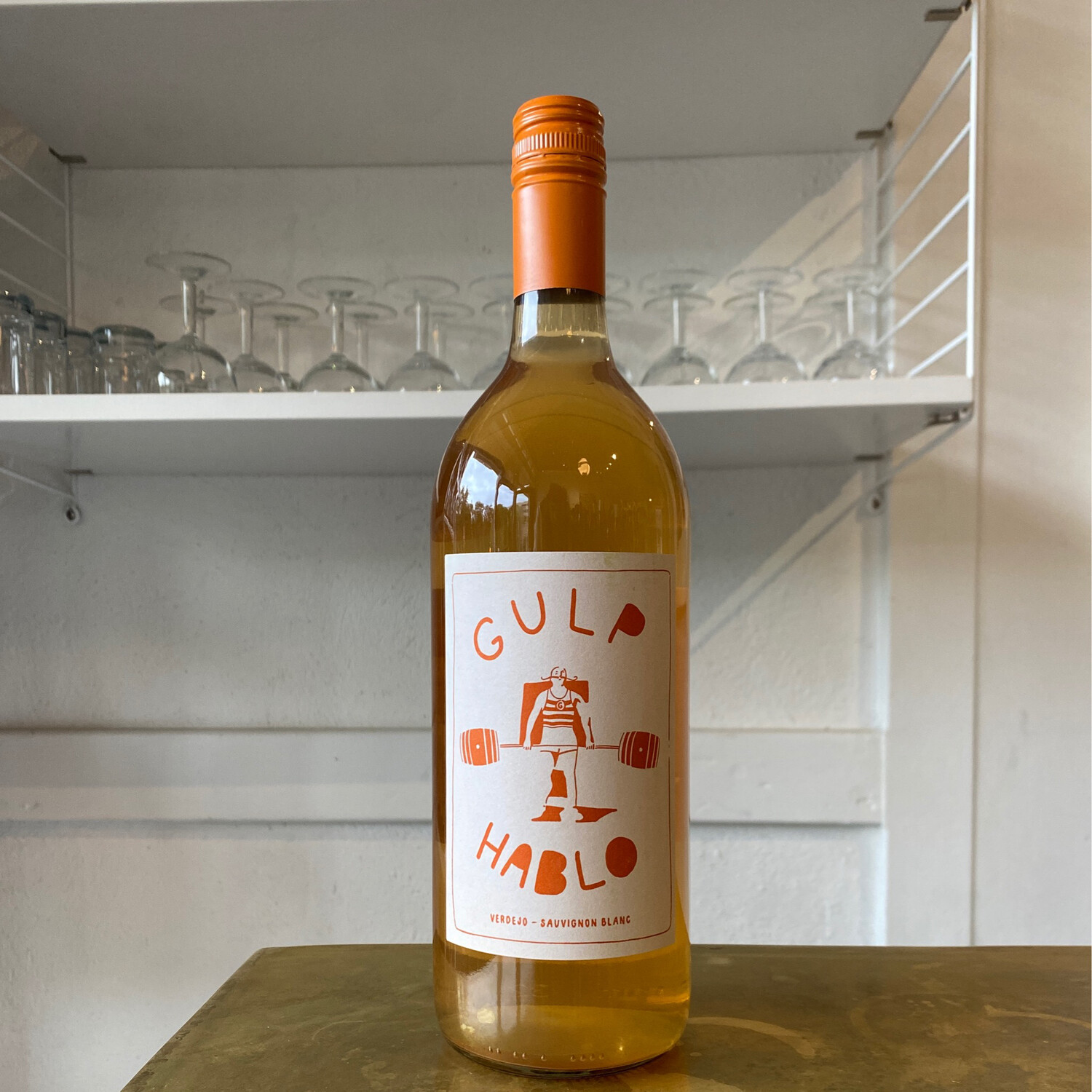 A blend of equal parts Verdejo and Sauvignon Blanc, a common combination for the white wines of the region, and here made into an orange wine via a week of maceration on the skins. Aromatics of orange blossom and tropical jackfruit with moderately tannic dried citrus peels, tea and preserved apricots on the yeasty and textured plate. Certified biodynamically farmed grapes, therefore no pesticides or insecticides used in the farming. Native yeast fermentation, aged in steel tanks, bottled slightly hazy without any fining or filtering and only a tiny degree of sulfites. All at a breezy 11% ABV, an orange for afternoon chilling. The wine is part of the importer’s Gulp/Halbo line of Spanish wines made of organic and biodynamic grapes from Spain’s central La Mancha region.