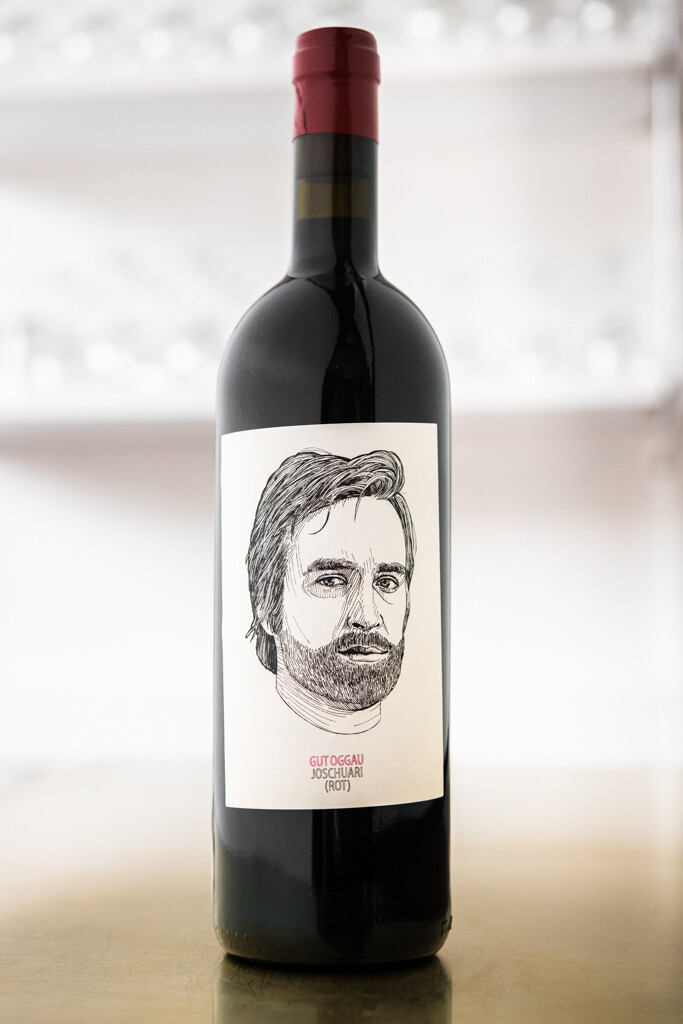 - Mechtild and Bertholdi’s son, the brother of Emmeram and Timotheus, and married to Wiltrude. A man with style and a charasmatic, complex character, he has a mind of his own. Indeed, as the principal heir to Gut Oggau, with his dry humour and quick wit, he can more than stand up to his father.

Grapes are hand harvested and destemmed. Fermentation takes place in used 500, and 1200-liter barrels, and the juice spends about 3 weeks in contact with the skins. The wine goes through elevage in the same barrels for about 12 months, with no batonnage. The wine is bottled unfined, unfiltered, and with zero addition of sulfur.

Gut Oggau is a project in the small town of Oggau in Burgenland, Austria, started by Eduard and Stephanie Tscheppe in 2007. Before starting the winery, Eduard made conventional wine with his father in Styria, and Stephanie’s family owned and operated the Michelin starred restaurant Taubenkobel. They painstakingly restored the 17th century winery that had been abandoned for 20 years, including its 200-year-old screw press. The vines’ 20-year period of neglect was fortunate, as this allowed for all pesticide and chemical treatments to be washed away. This let them begin working immediately on vines biodynamically, where they are now fully Demeter certified.

When they began to work with the wines in the cellar, they noticed that each wine seemed so alive with its own personality, that they decided to craft labels centered around the personality inside each bottle. Thus they created a family of wines: each wine is given a name of one family member and the artist Jung von Matt draws a face for each label. The children, Atanasius, Theodora, and Winifred, are wines that are more forthright, light, bold and energetic. The parents, Joschuari, Emmeram, Timotheus, and Josephine, come from vineyards with a little more direct sun exposure and therefore more ripeness producing wines with more body and power. And finally the grandparents, Mechtild and Bertholdi, are from two single vineyards of older vines that produce the most traditional wines from their lineup. Most of the vineyards are field blended, and therefore there is little mention of grape varieties here, but they do work with 6 main grape varieties– Blaufrankish, Zweigelt Grüner Veltliner, Welchriesling, Weissburgunder (Pinot Blanc), and Gewurtzraminer.