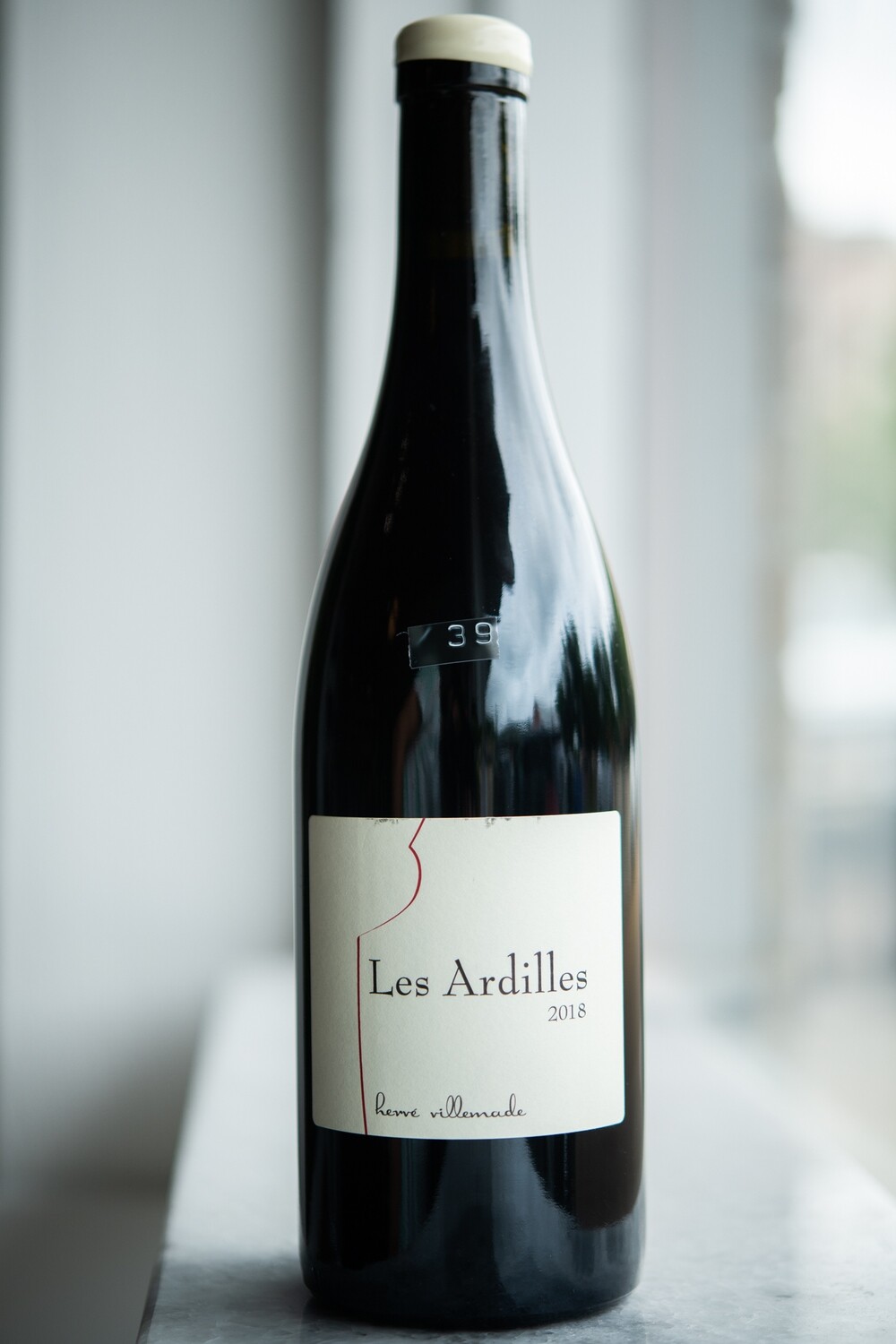 Les Ardilles is much more serious. Mostly Pinot Noir with the rest Gamay, it is sourced from a single parcel of old vines planted in clay over limestone. 3 week maceration, fermented in concrete tank and aged in a combination of amphora and neutral barriques. Very low SO2. Herve calls this his “Nuits-Saint-Georges in Cellettes”.