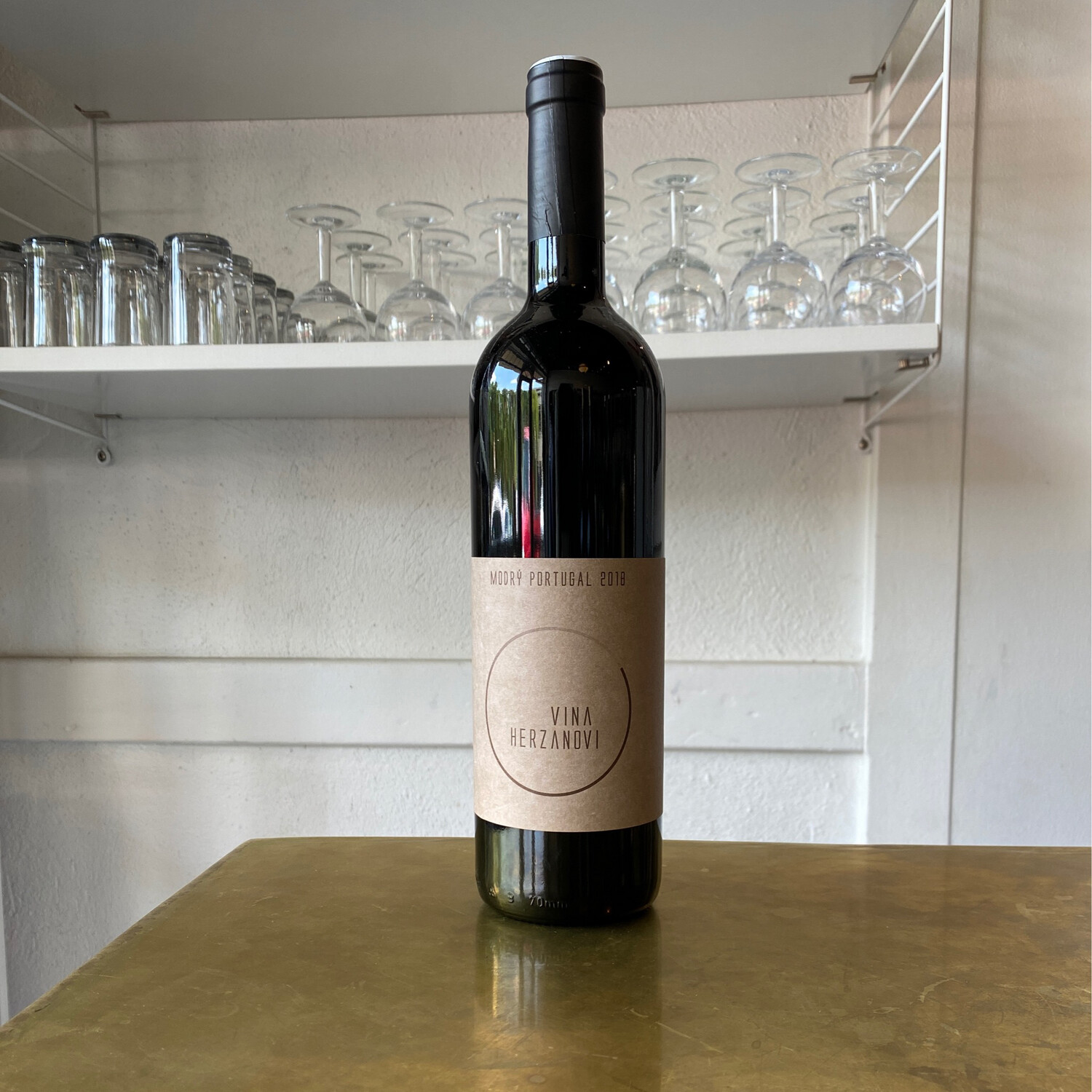 Vineyard: loess with sand and humus, planted in 1997

Cellar: After the manual harvest, the grapes were destemmed and fermented as whole berries in open-topped tanks for 2 months. Once pressed, the wine spent 10 months in older French oak barrels of various sizes. Blended, naturally stabilized by sedimentation and bottled without filtration or addition of sulfur.

Personality: red as we like it! Soft tannins, playful acidity and dark berry tones, gentle spicy tang and only 10.5% ABV.

Similar to their fellows from the Dluhe Grefty winery (that we also import), Jakub, his girlfriend and fellow winemaker Sandra and his sister Zuzana are a stubborn natural wine “island” in a village otherwise dominated by a huge conventional winery. And just like Jara Tesařík in the nearby village of Mutěnice, their approach (and beautiful wines!) speak of dedication to respectful winemaking, a vision that we immediately felt attracted to.

The trio works with 4.3 hectares of vineyards planted by Jakub’s father from 1997 onwards, all pretty much on the same south-oriented hill with fertile black soil on loess. After Mr. Herzán Sr.’s untimely death in 2012, Jakub and his sister Zuzana, although young and inexperienced, suddenly found themselves responsible for the estate. Jakub had only just begun studying winemaking college back then and had quite a lot to take in at once; but, led by his innate belief in environmental sustainability and influenced by the natural wine movement that many of his classmates became part of as well, he gradually landed on his feet and started to make wine in a more and more natural way, both in the vineyard and in the cellar located under the family house.

The winemaking is really minimal—the wines ferment solely with indigenous yeasts, mostly age in used French oak barrels and nothing but grapes is used in their pet-nats and off-white label wines. The only exception are the “Black Label” wines, which receive a small addition of sulfur at bottling in order to preserve a “more polished” character compared to the funkier part of the range. Jakub’s interest in skin-contact also led him to purchase four qvevri in Georgia back in 2016; this PhD. research tool has been buried in his garden and has served as a fermentation/aging vessel for a part of Herzánovi’s wines ever since.