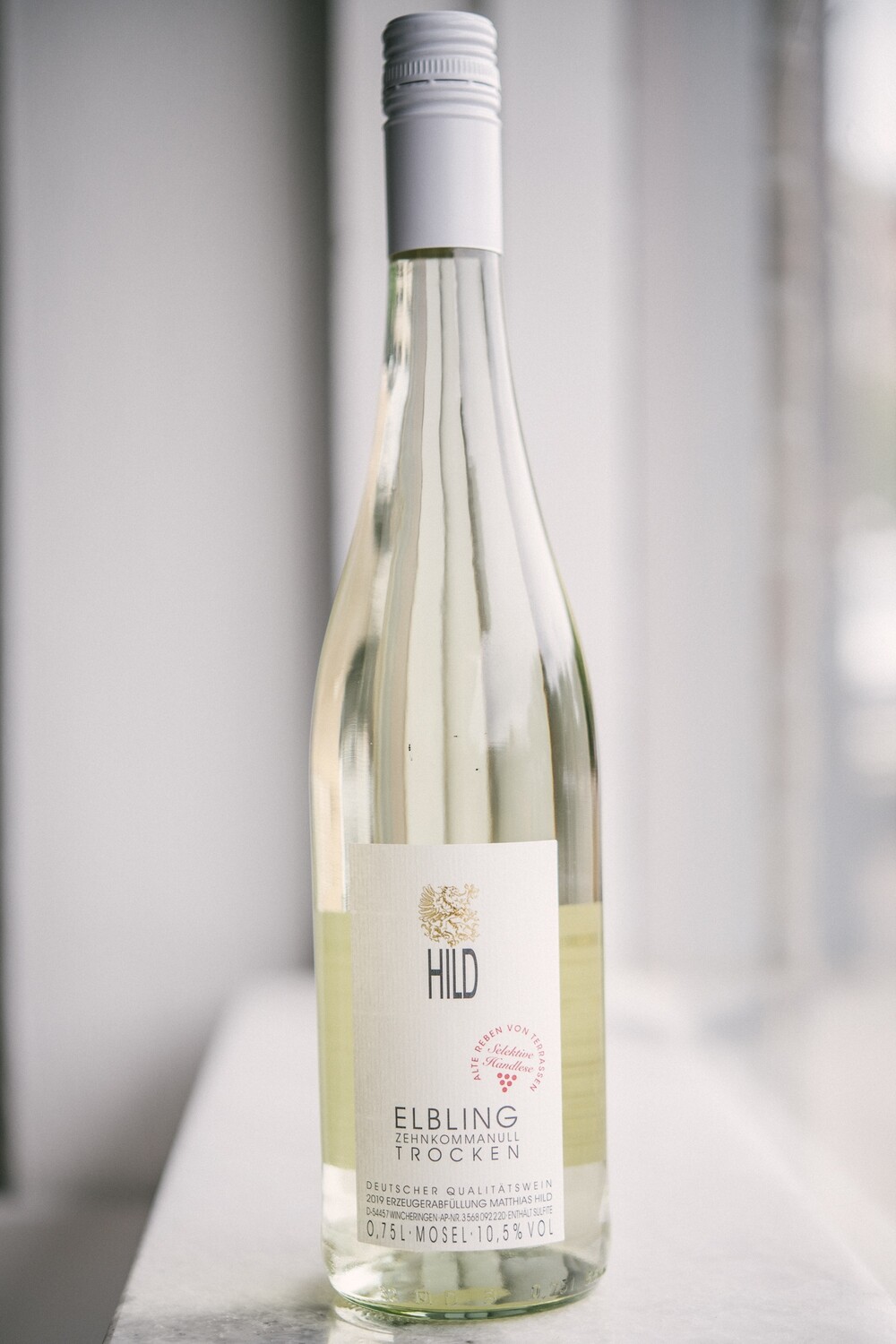 The fact that Matthias is single-handedly trying to save the old, terraced parcels of Elbling is a move that is equal parts romantic and completely insane. The financial realities of working these vineyards by hand while accepting their lower yields simply do not add up. This is an act of cultural preservation more than anything else. He calls the wine “Zehnkommanull” which means simply 10% — the wine always ferments bone dry and is 10% ABV or less.

You’ve probably never heard of the “upper Mosel". Some of this derision is probably deserved: the upper Mosel has had a long tradition of selling grapes en masse to cooperatives interested in high yields, irrespective of quality. However, this is also a fascinating place, a vision of the Mosel that has nothing to do with Riesling or slate. Here we find limestone (this is the beginning of the Paris Basin, the geological reality that informs places like Chablis and Sancerre) and a winemaking culture based on one of Europe’s oldest grapes: Elbling.

Matthias Hild farms 5ha in the upper Mosel doing something that makes almost zero financial sense: saving old, terraced parcels of Elbling. In this area, however, it’s important to understand Elbling is something of a religion. It’s a culture, a regional dialect that is spoken through this wine of rigorous purity, of joyous simplicity, of toothsome acidity. Even at its best, Elbling is not a grape of “greatness” as much as it is a grape of refreshment and honesty and conviviality. The comparisons are plenty, though none of them are quite right: If Riesling is Pinot Noir, then Elbling is Gamay. If Riesling is Chenin Blanc, then Elbling is Muscadet. You get the idea. The joy of Elbling is its raucous acidity, the vigor and energy, the fact that it is so low in alcohol you could probably drink a bottle and still operate heavy machinery.