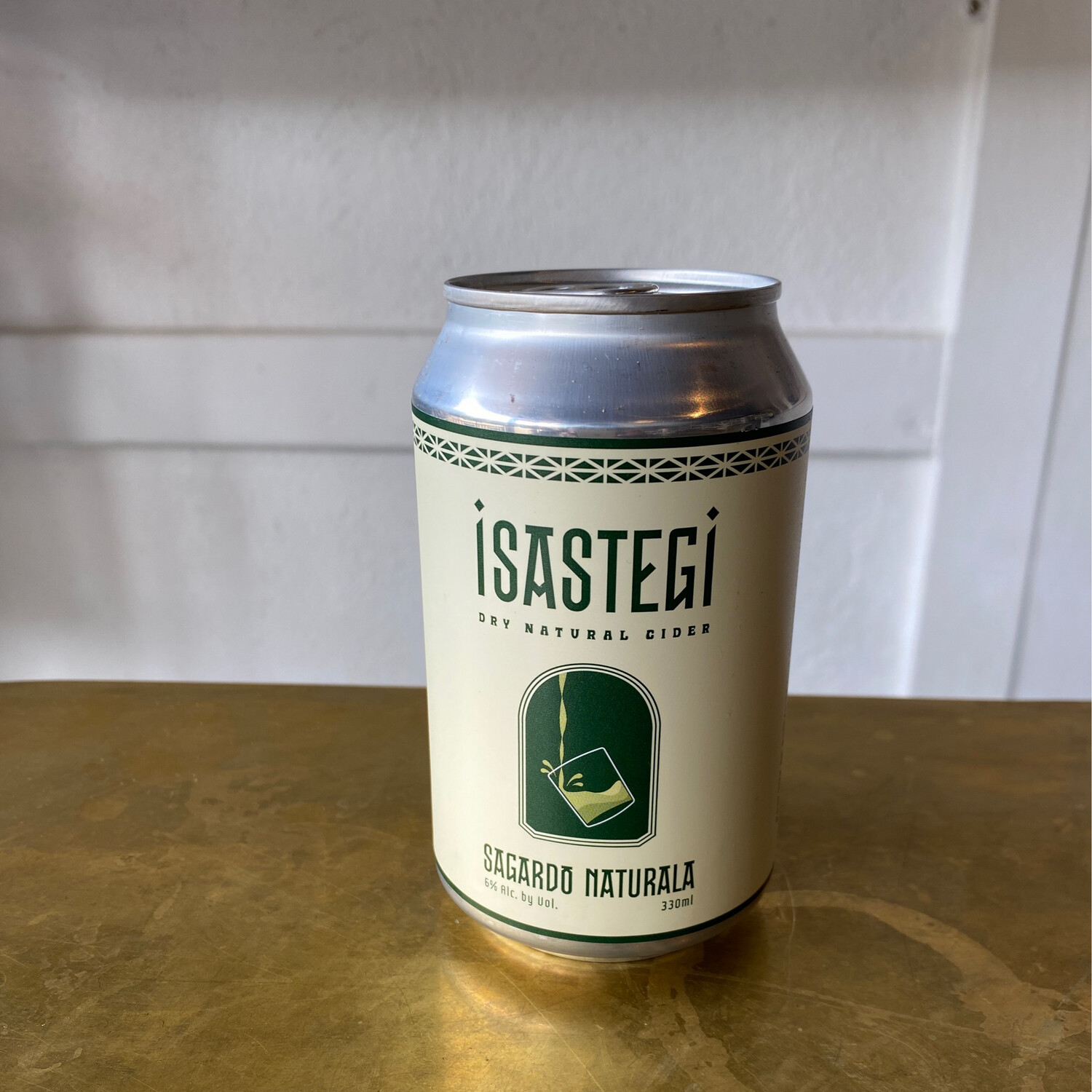 Isastegi is a refreshing, dry natural cider from the verdant mountains of the Basque Country, high above the Bay of Biscay along Spain’s rugged and green northern coast. Innovation meets 500 years of tradition, making the authentic San Sebastián cider experience portable. A blend of over a dozen native Basque apple varieties, farmed within a 15-kilometer radius of their cider house in Tolosa.

Isastegi is an old family estate located in the town of Tolosa in the Basque Country of Spain…Cider has been produced at the Isastegi farm since at least the 17th century.

The estate was originally covered by pastures for cattle, with only a few apple trees for the family to make a small amount of cider for themselves and neighbors. In 1984 Migel Mari Lasa, with the help of his father Joxe Mari, decided to switch from livestock to cider and began selling their cider to the public. Pastures were replaced by orchards planted with native Basque apple varieties and the house became dedicated to cider production. The third generation at Isastegi is innovating and advancing the quality standard of the previous generations.

The ecosystem around Isastegi is made up of high-quality apple orchards and all of the apples which go into Isastegi are from orchards within a 15-kilometer radius. This is an important distinction, as less scrupulous producers making cheap cider for the bulk market often rely on frozen apple must concentrate purchased cheaply from other countries with no quality standards, fermented in their cider house, and served to unknowing tourists. There is more demand for cider in Spain than there are apple orchards, so it has created a system where the importation of foreign apple must for cider is common. This is one of many points that sets the production at Isastegi apart from the competition.