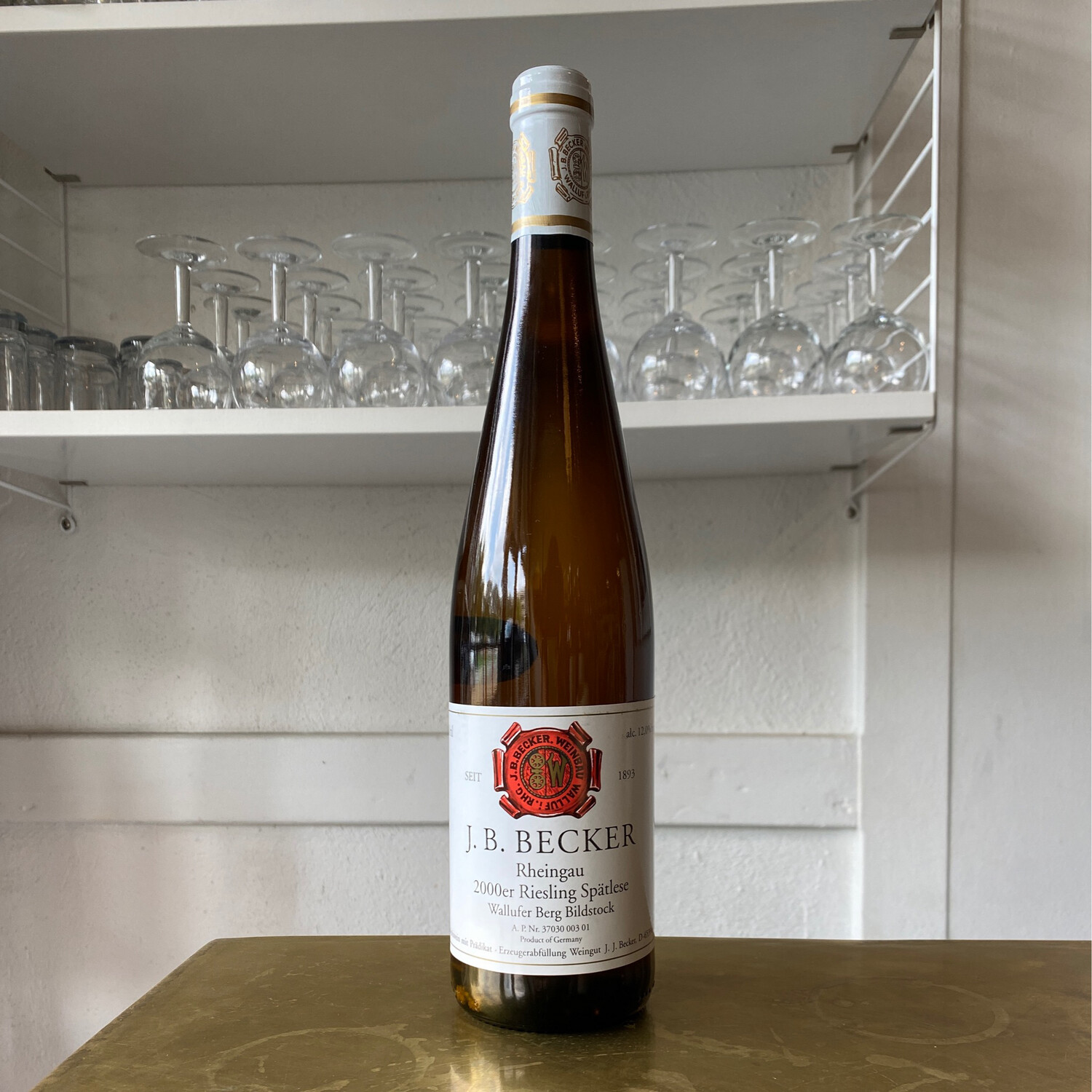 The estate was founded in 1893 by HaJo’s grandfather, Jean Baptiste Becker. He was a cooper and began accumulating some vineyards and voila, he started a winery. J.B. Becker died in 1944 at the age of 73. So the story goes, he saw a young child drowning in the Rhein River, yet even at his advanced age he jumped in, saved the child, then had a heart attack and died. There is a moving letter about the incident in the tasting room. Suffice it to say HaJo comes from a long line of bad asses. Becker’s father Josef grew the estate and in the 1930s befriended a young importer by the name of Frank Schoonmaker. They became good friends and Becker acted as Schoonmaker’s consultant and consolidator for some time.

Hajo himself went to Geisenheim in the 1960s and did all that proper education stuff but as he tells it, his great revelation came in the cellars of Schloss Eltz in the early 1960s. Schloss Eltz, it should be said, made some of the greatest wines of the Rheingau from the 1950s through the 70s. The wines are just epic, if rather unknown these days because the estate sold its land in the 1980s. In any event, Becker was studying with the cellar master at Eltz, a gentleman by the name of Hermann Neuser, in the early 1960s and this is where he first began tasting dry Rieslings, fresh from the cask in the cellar… before any süssreserve was added. The wines were a revelation to him and when he took over the family estate with vintage 1971, he began focusing heavily on dry Rieslings.

I remember HaJo narrating this to me one time and, with bated breath, I asked: “Well, what happened when you switched to dry winemaking?” HaJo, never one for much talking, simply said: “I lost all my customers.” And then he took another sip of wine.

Nearly 50 years later, Becker’s glorious wines are finally getting the attention and the praise they deserve. So far as I can tell he anticipated the dry wine movement in the Rheingau a few decades before anyone else. I asked him how all the new-found attention made him feel. He said, rather quietly and matter-of-factly, “Ït’s nice.”

Then he took another sip of wine.