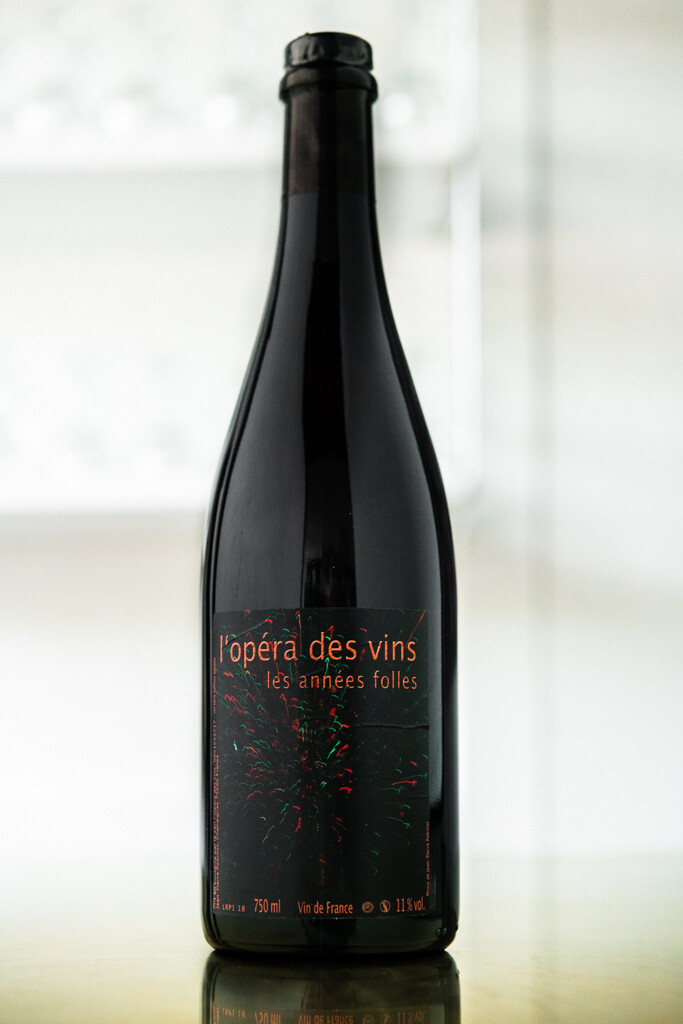 This lovely Petillant Naturel wine is made from two of the favourite grape varieties of the central Loire region around the city of Tours, namely Chenin Blanc (60%) and Pineau d’Aunis (40%) for this vintage.

The grapes are sourced from vineyards in the Jasnieres appellation but they do not seek endorsement from the appellation committee, preferring to label the wine as Vin de France.

This wine is very delicious and has almost an onion skin colour from the Pineau d’Aunis grapes.

However this doesn’t detract from the trademark complexity and depth of flavour of wines produced by Jean-Pierre. It has a fine bead and lasts for a long time on the back palate. A very complex pet nat!

Jean-Pierre Robinot is a legend! He’s in his early 70s with the energy and enthusiasm of a teenager. He had one of the first natural wine bars in Paris, called l’Ange Vin, and, while living in Paris also was one of the founders of Rouge et Blanc, still one of France’s most influential wine magazines. But he eventually sold the bar and in 2000 bought a vineyard, just out of the village of Chahaignes, where he now lives. It’s also where he grew up.

This is almost midway between Tours and Le Mans in the Loire Valley, although more specifically in the Loir Valley (the Loir is a tributary of the Sarthe River which eventually flows into the Loire River. He has about 10 hectares, split across several locations. Some of the vineyards would be classified as Jasnières if he worked within the appellation rules.

He and his wife Noella began by buying small plots of old vines and also planting new patches of Chenin Blanc and Pinot d’Aunis (an exciting local variety of red grape). Chenin Blanc is widely grown but Pineau d’Aunis is rarer and generally only grown in parts of the Loire Valley. Pineau d’Aunis makes wines with the same weight as Pinot Noir – so relatively lightly-coloured, but it is much more spicy and herbal. We generally find that people who like the slightly bitter herbals flavours of amaro and campari like wines made from this grape variety.

All his wines are fermented naturally (often very slowly over more than a year) and his still wines in old barrels in humid cellars cut directly into the hills many years ago, some so old that it’s hard to believe that they stay together. He is patient, holding wines in barrel until he believes they are ready, which can sometimes be more than 5 years.

Jean-Pierre has two domaines that he releases his wines under. The first in Les Vignes de l’Ange Vin where the wines are made from plots of vines that he owns and manages organically and biodynamically. His other wines are released under the L’Opera des Vins label. Here he buys the grapes from friends who also manage their vineyards in the same way as Jean-Pierre. In both cases, the approach to the winemaking is the same.

He has always had the patience to wait until the wine is ready to release rather than rushing it to the market. And the results show the wisdom of that approach.