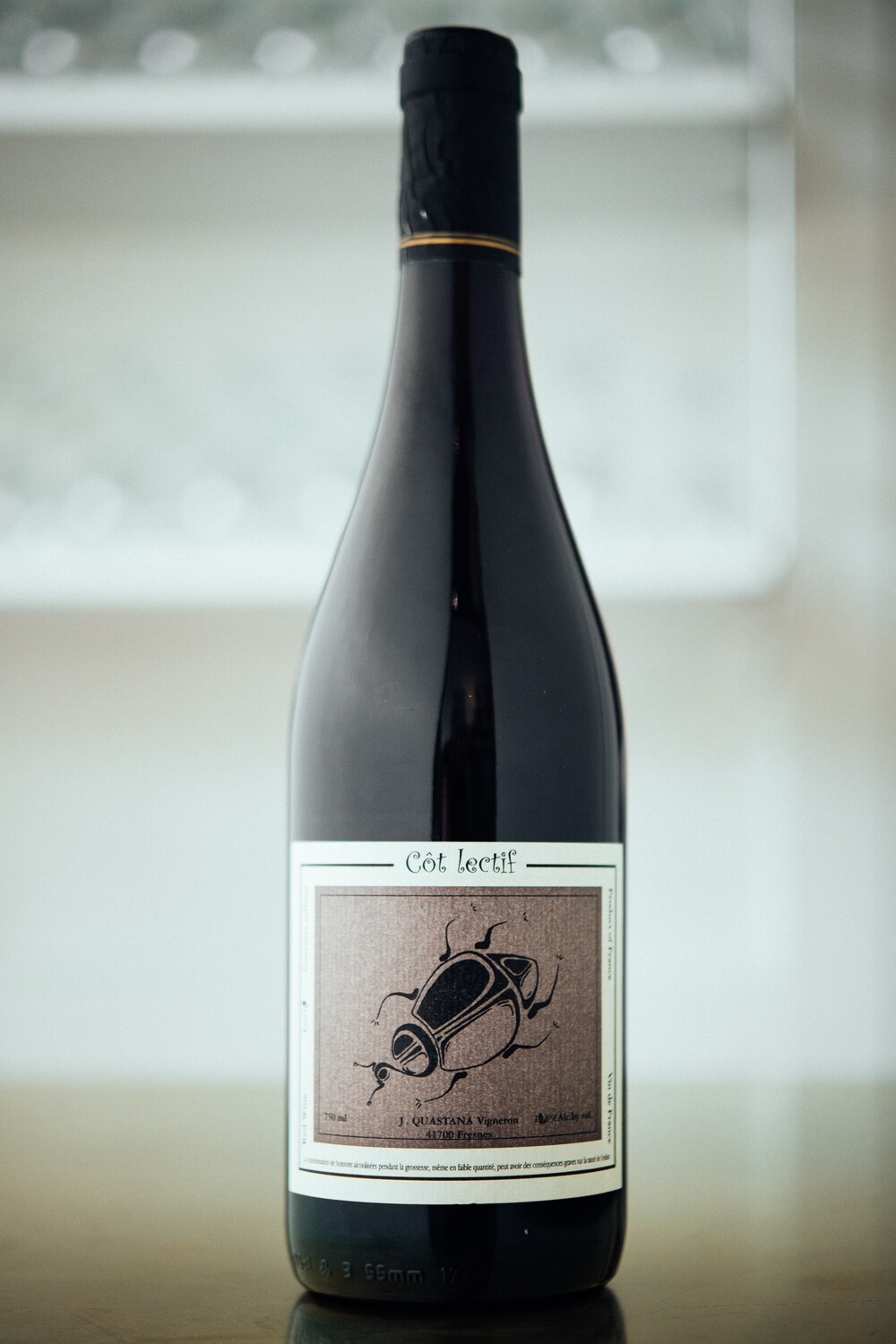 Cot'Lectif is another highly drinkable, carbonic wine made using techniques Jeremy learned from Marcel Lapierre. As per the name, the wine comes from Cot, rather than Gamay. Not intended to be an ager or a serious wine, but instead a gulpable bottle to be drunk young.

During his first year as a history student, Jérémy was Olivier Lemasson's (Les Vins Contés) only employee. After a year spending more time in the cellar than in school, Jérémy decided to give up history to follow his heart and enroll at a winemaking school in Bordeaux, interning with Marcel Lapierre (Beaujolais) and Louis-Antoine Luyt (Chile) along the way. After school, Quastana was able to purchase 2.2ha of his own in Touraine, and spent over two years just to rehabilitate the 40-50 years old vines of Gamay and Côt, converting them to organics. No new wood, bottled without filtration, and just 1g of sulfur.

The vineyard is one plot composed of young vine Gamay, middle-aged Cot, and old vine Gamay on a gentle slope of clay over Silex.

In 2016 Jeremy lost a fair amount of his harvest due to hail, and to supplement his production he purchased Syrah form Anne Leclerc in the Roussillon. All of the grapes are certified organic and come from sandy soils. One week of maceration yields a light-bodied, yet silky wine that exudes energy and freshness with a touch of smoke.