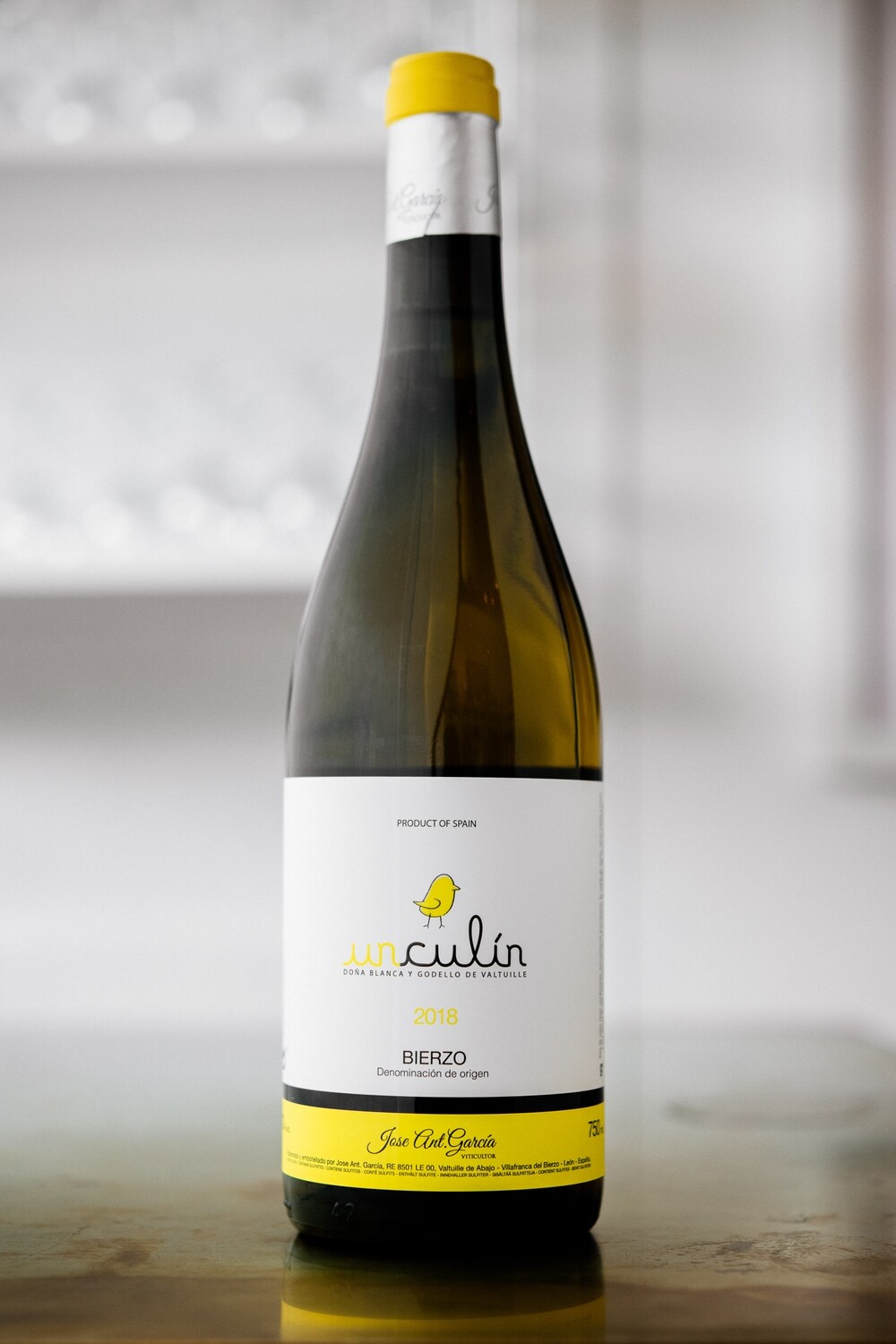 Jose Antonio García and his wife Julia Peña García (together they are G²) are at the forefront of the next-generation of vignerons in Bierzo, leading the change towards wines of place and definition. Their familial roots in Bierzo are fundamental to them, as they do all of the work in the vineyards themselves. Jose’s mother is a native of Valtuille de Abajo, and his father is a native of Corullón. Together, Jose and Julia’s families have owned vineyards in Bierzo for generations, providing wines that would become the backbone of other famous blends, but never bottling for themselves.

Like many families who left the countryside for better opportunities in the cities, Jose spent his formative years in Barcelona where he worked in restaurants and gained valuable perspective and experience with fine wine. In 2009 Jose returned to recuperate his family's vineyard holdings in the tiny village of Valtuille de Abajo, which is also home to his friend and former mentor Raúl Pérez, where Jose made wine following enology school. Jose’s first commercial vintage of his Unculín Tinto Mencía de Valtuille was in 2011, after two vintages of perfecting his expression. Unculín is a fresh, vin de soif style Bierzo mencía which offers an antidote to over-blown, internationally-styled wines previously made in the region. Jose’s mineral Unculín echoes the forgotten traditions of the Bierzo region while pushing the envelope.

In the spirit of elevating their family holdings and with an inexhaustible work ethic, Jose and Julia set out recuperating historic vineyards by hand, recovering them one by one from the stranglehold of wild ivy. A monumental work, considering the 22ha they own and the fact that they are doing all of the work themselves. In the same way, working out of a tiny, crumbling building hundreds of years old in Valtuille de Abajo, Jose and Julia have brought the structure back to life by hand, stone by stone, building new walls and a new future from the rubble of previous generations. Renewal and rebirth are themes which run deep throughout the very soul of these wines.

In Valtuille de Abajo, equally crucial to the quality and resulting complexity and liveliness of his wines is the genetic heritage of his ancient vines of mencía, godello, and doña blanca. With his native vines planted mostly before the industrialization of Spanish wine (some vines in Valtuille being more than 200 years old), his vineyards provide an unspoiled genetic window to another era before modern clones were selected for higher yields.

Tasters often remark that his genre-defining El Chuqueiro Godello de Valtuille tastes nothing like most other modern versions of godello on the market. This observation is true, as it has much more soul and depth than the average offering. The answers lie in the exceptional provenance of his vines, his indigenous fermentations, miniscule yields and hands-off winemaking. The El Chuqueiro vineyard in Valtuille continually produces some of Bierzo’s most distinctive white wines.

In addition to his vineyards in Valtuille de Abajo which are primarily mixed alluvial and clay soils with a wide variety of stones, Jose is also working single vineyards with slate and quartz soils in the crus of Moncerbal and La Tias (also known as La Faraona by Descendientes de Palacios) in the Corullón village at 800 meters elevation. La Tias is an excellent vineyard in the transition zone between the province of Lugo and Castilla y León, connecting Bierzo to Valdeorras and the Val do Bibei in Ribeira Sacra. As such, it receives the most Atlantic influence of the villages.

Unafraid to innovate and push the envelope, Jose is also exploring naturally occurring flor wines in his Aires de Vendimia line, utilizing spontaneous whole cluster fermentations as well as many other traditional methods. His Aires de Vendimia godello and mencía represent his top expressions, produced in miniscule quantities in the best vintages. He performs all the work in the vineyard and winery manually, with minimal intervention and input. Jose is a proponent of organic viticulture (notably they use the plentiful bounty of local walnut shells as fertilizer in the vineyard) and he is also an avid user of natural, indigenous yeasts for his fermentations.

Quality, excellence, and soul are always the target, and the resulting wines are delicious, exciting, and speak for themselves. We are truly in an exciting new era for Bierzo.