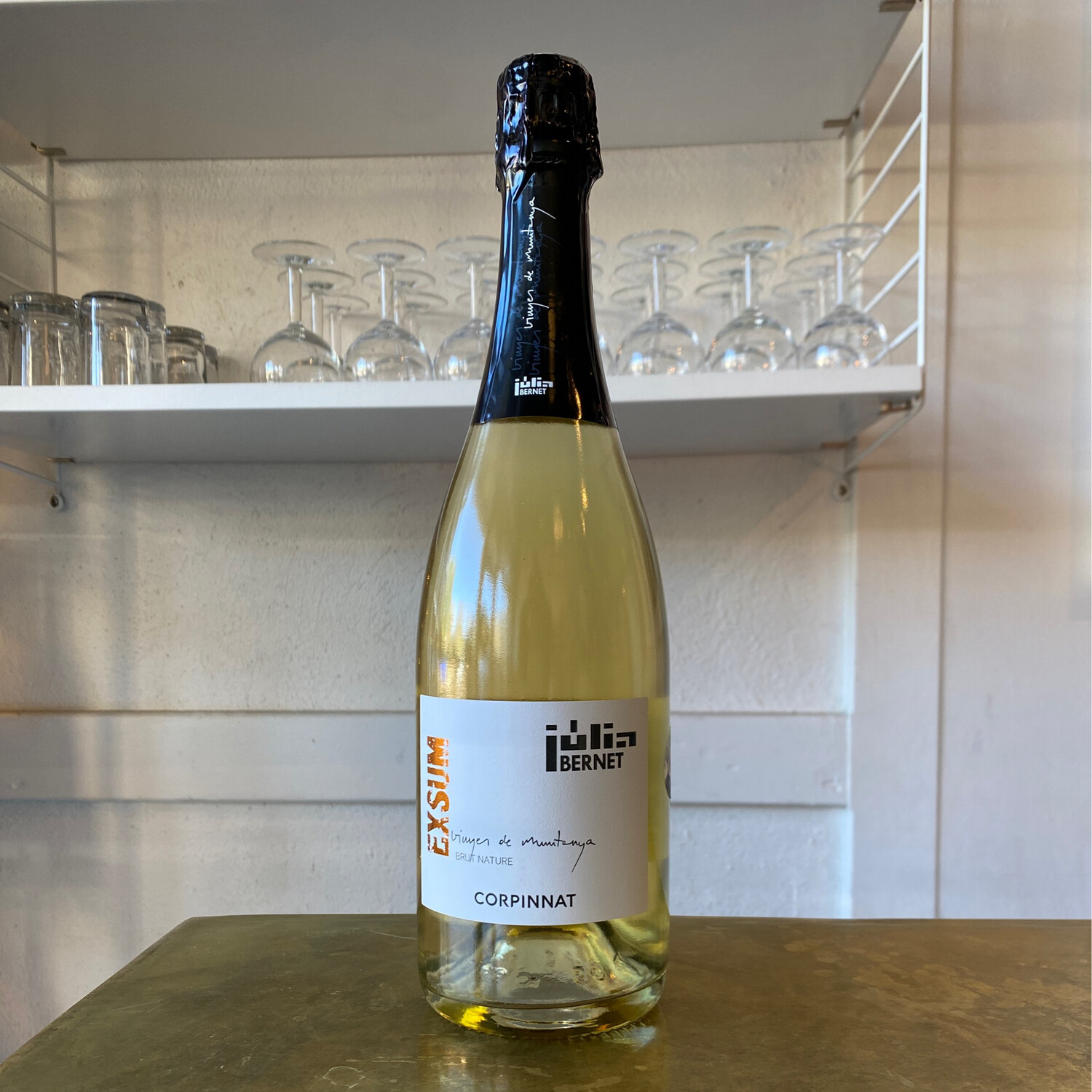 Exsum is an ancestral method sparkling wine made from 100% Xarello Vermell, a pink skinned cousin to Xarello. No added SO2 or dosage. Only small amounts are made.

In the small Catalan town of Subirats lives a wine grower by the name of Xavier Bernet. Here at his winery, named for his daughter Julia, he produces sparkling wines with poise and precision. These are pure wines indicative of terroir and varietal, part of a small yet growing movement to help restore the reputation of Penedès sparkling wines as fine wine. Xavi is part of a collective of winemakers who have left the DO Cava and formed their own group, called Corpinnat, in order to pursue a more terroir driven alternative. Spain is the second largest producer of sparkling wine in the world, and those under the DO Cava can come from different municipalities all over Spain. There are Cava houses producing millions of bottles, and the all-encompassing rules allow for a wide variety of style and quality, which is why Xavi’s work is so important.

Bernet started this project in 2003, guiding his work by a philosophy he calls “Closed Circle” production (he designates this on his corks), a concept based on his supervision of the entire process from start to finish. Buying grapes (as well as finished wine) has become commonplace in Cava production, but Xavi believes that the wine starts in the vineyard. He owns 7 hectares in Penedès and all of his production comes from his own vines. From the planting of the vineyard to disgorgement and the finished wine, Xavi is involved in all aspects of the grape’s journey to glass.