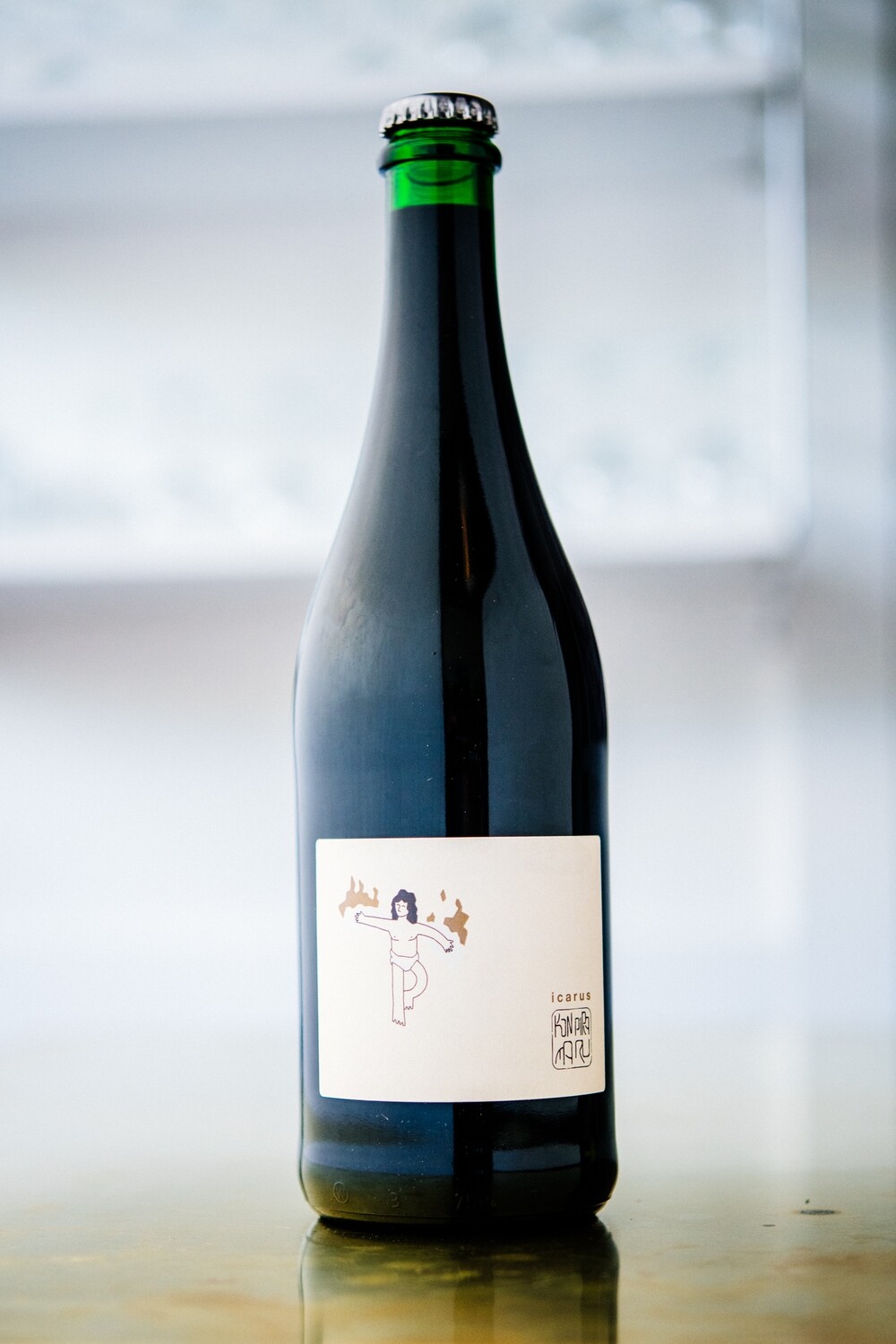 Making a Cabernet, especially one from one of the coolest climate vineyards on mainland Victoria is fraught with danger. However, the epic hang-time the berries get in Kilmore, nearly 9 months, means green aromatics are rare and a nice balanced Cabernet can be produced. With this one they co-fermented the two varieties after a 7 day cold soak, and then it was left to macerate for 10 days following primary ferment. The wine showed epic quinine and blueberry throughout ferment and they are still in evidence now but less pronounced, just one part of what is a really delicious wine.

Konpira Maru started, as many great ideas do, as an idea born from two mates having a beer at the pub. Working in the retail, production and education sectors of the wine industry for many years, they were searching for their own creative outlet. Sharing similar viticultural, winemaking and beer-drinking values, they set out on their vinous journey and from these humble beginnings, produced the first vintage in 2014, which resulted in just 600 bottles.

They set out to make interesting wines with minimal intervention and maximum care. Wines that were full of character, with a focus on affordability and a high-drinkability factor. Their goal was simple – to produce wines we wanted to drink and to inject a little fun into an industry often accused of taking itself too seriously.

Now they make wine from the South Burnett and Granite Belt regions in Queensland as well as Kilmore in Victoria, with the help of our crew of amazing growers. In 2016, they took on their own Whitlands vineyard, sitting high above the King Valley. Here they farm Pinot Noir, Chardonnay, Pinot Meunier and Pinot Gris organically on beautiful red soil, surrounded by stunning sub-alpine Eucalypt forest. A magic part of the world.