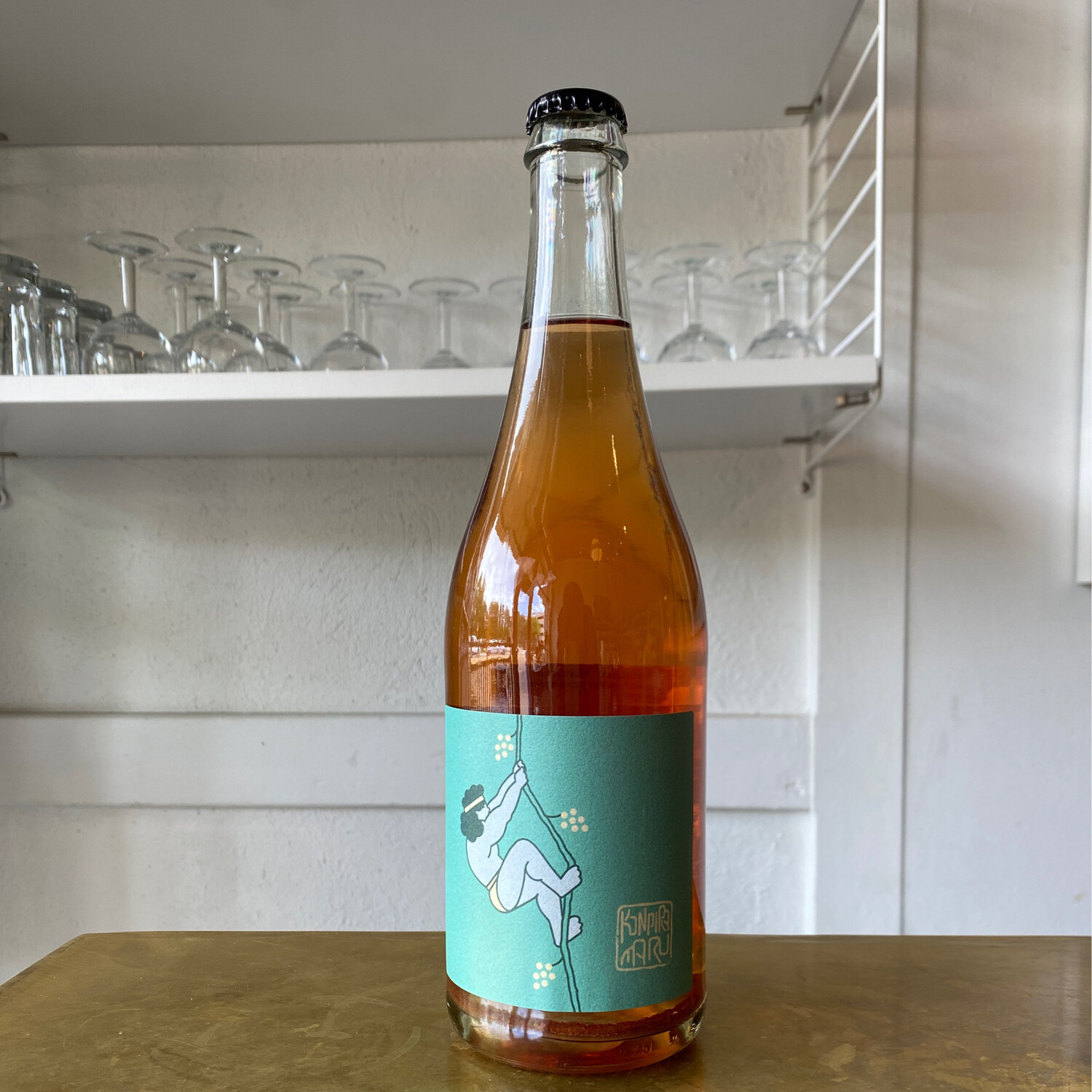 How times have changed...this is a modern-day update on the traditional Australian 'Sparkling Burgundy' as it used to be called until the EU stepped in and thought that wasn't cool. Sepelt’s and Rockford's Sparkling Shiraz were the default créme de la créme of the sparkling red world until, well, Mt. Midoriyama was discovered! The label references the mighty Makoto Nagano scaling Mt Midoriyama for a Total Victory in Ninja Warrior 17, a moment of sporting majesty that gave the wine company its name. This is a wine with endless bright fruit and fleshiness in a world that often produces wines that are austere and one-dimensional.

A new label and new moniker, brings 'total victory' with an all Italian cépage of Sagrantino, Vermentino, and Dolcetto. The fruit all hails from Chalmers' organic 'Merbein Vineyard' near Mildura in the Murray Darling region. The fruit was destemmed and crushed then pressed immediately. The varieties were then blended, chilled and transported to the winery in Melbourne. This ensured the juice was kept as fresh as possible during the six-hour commute. It was then cold settled for two weeks to extract most of the tartrates and settle the juice of any impurities, then then racked and left to undergo natural fermentation. When the sugar levels began to get near ideal bottling levels, the cooling was used again to slow the ferment for a consistent bottling. It was bottled with 14 g/L of sugar and left for two weeks to finish fermentation in bottle. The wine was then hand disgorged, topped, re-capped, cleaned, labelled and put into tidy boxes to be shipped to salivating mouths around the globe.

Watermelon rind and orangina. A little more subtle than it sounds but a totally delicious combination. Well-integrated carbonation with quite a fine bead for a pet nat. Not a lot of yeast funk, more about the fresh, bright aroma and dangerously drinkable mouth feel.

Konpira Maru started, as many great ideas do, as an idea born from two mates having a beer at the pub.

Working in the retail, production and education sectors of the wine industry for many years, they were searching for their own creative outlet. Sharing similar viticultural, winemaking and beer-drinking values, they set out on their vinous journey and from these humble beginnings, produced the first vintage in 2014, which resulted in just 600 bottles.

They set out to make interesting wines with minimal intervention and maximum care. Wines that were full of character, with a focus on affordability and a high-drinkability factor.

Their goal was simple – to produce wines we wanted to drink and to inject a little fun into an industry often accused of taking itself too seriously.

Now they make wine from the South Burnett and Granite Belt regions in Queensland as well as Kilmore in Victoria, with the help of their crew of amazing growers. In 2016, they took on their own Whitlands vineyard, sitting high above the King Valley. Here we farm Pinot Noir, Chardonnay, Pinot Meunier and Pinot Gris organically on beautiful red soil, surrounded by stunning sub-alpine Eucalypt forest. A magic part of the world.