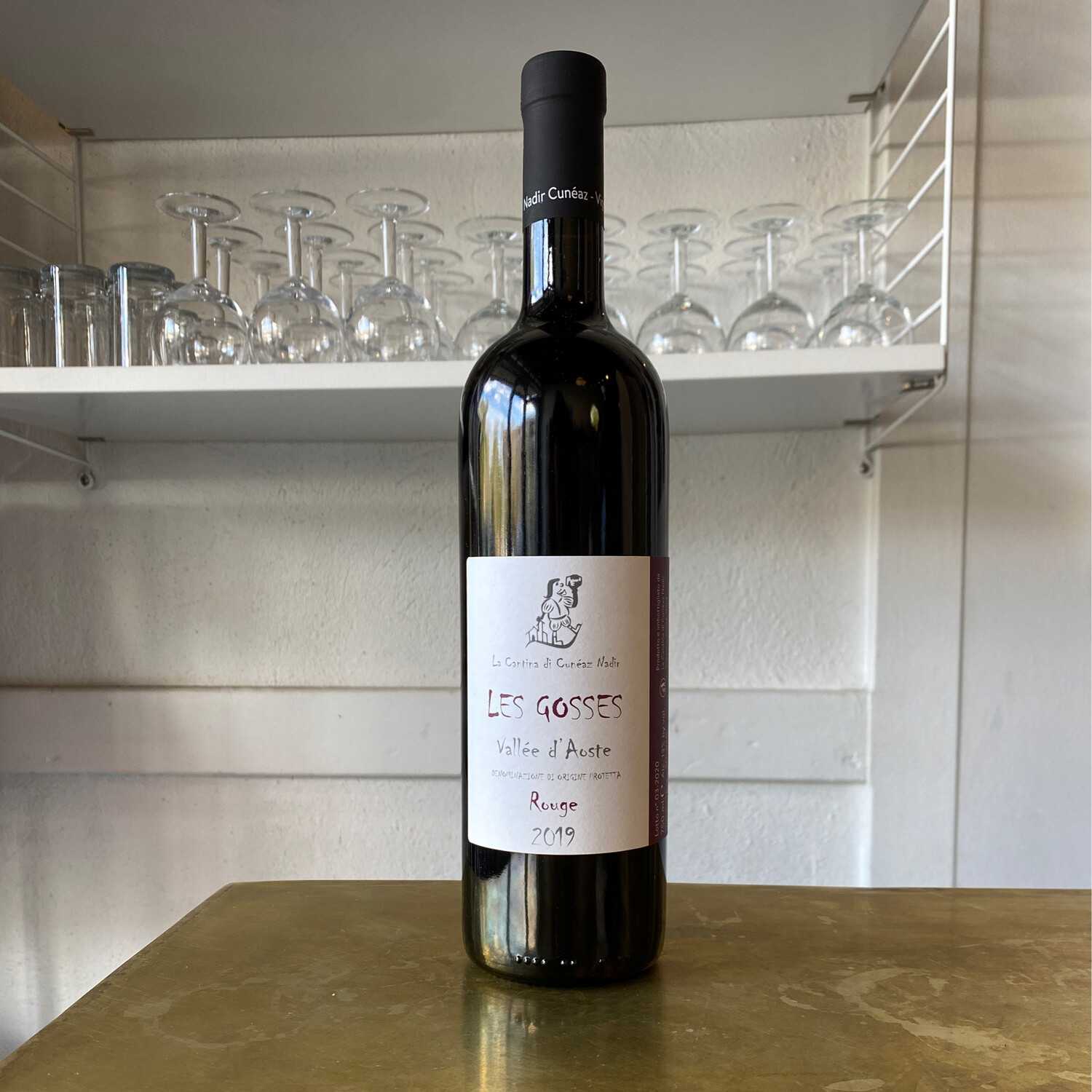 The only one of Cuneaz’s wines not named for a local monster, “Les Gosses” derives from a French term for “little children” (monsters in their own right, to be sure!)—of which Nadir has three. Coincidentally, this wine contains three local varieties: Vien de Nus (which comprises the majority), Petit Rouge, and the little-seen Vuillermin—the father of Fumin, in fact. Made entirely in steel, this is a classic Vallée d’Aoste lip-smacker, stuffed with juicy black cherries and crunchy plums. With electrifying acidity and a complexity-contributing edge of woodsmoke, this is perhaps the most delicious and complete wine Nadir has ever made; it’s too bad there are only 60 cases to go around!

The Cuneaz family has a mere 0.5 hectares near the town of Gressan, reflecting a local mix of grape varieties, some of which were planted over 100 years ago. The ‘cellar’ is one of the rooms in their home, where a few small cuves and two barrels reside, and three wines are produced. Although the wine qualifies for the Torrette DOC, the locals feel that too many poor examples pass for this appellation, thus they have chosen to retain the Rosso Vallée d’Aoste designation. The wine is also unusual in that the fruit from the earlier ripening parcel is allowed to dry for two weeks after harvest, creating passito grapes, which result in roughly 2g of residual sugar in the final wine. The grapes are combined and vinified together, after which they spend a year in barrel prior to bottling.