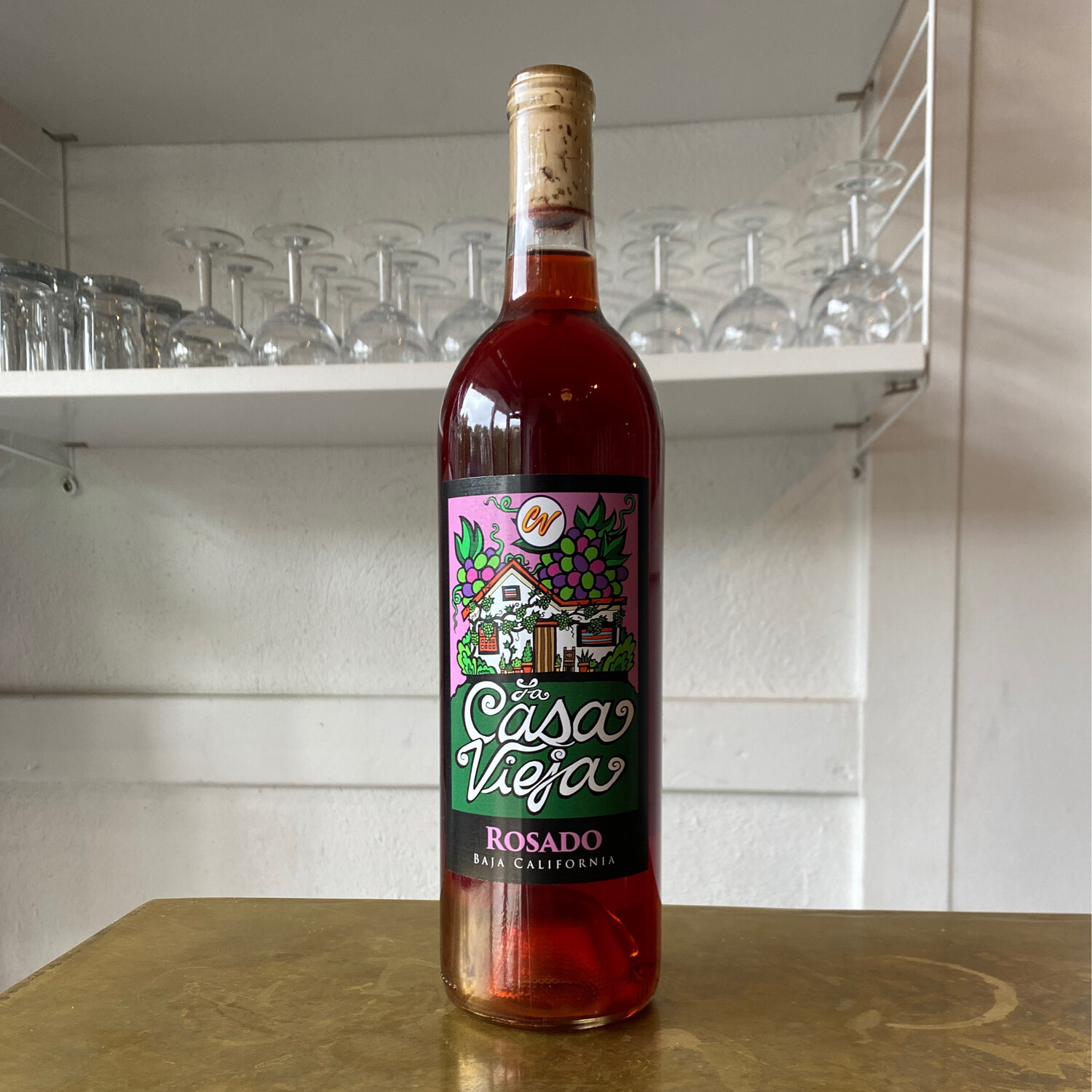 La Casa Vieja is iconic viticulture of Baja California, which has an overlooked but equally important vitis history to Mexico’s better known neighbors to the north. Eighteenth-century Spanish Missionaries in Baja had a recipe to slake the thirst of their religious congregants: build a mission, plant a vineyard. They began in Las Californias Altas of New Spain (present day California) before heading south and branching throughout Baja California’s rugged landscape.

This nearly forgotten vignette is one that winemaker Humberto ‘Tito’ Toscano was content sharing only with those lucky enough to stumble upon his 1800’s adobe ranch in San Antonio de las Minas, a sub-valley of the Valle de Guadalupe. Humberto was born on the property and returned in 2003. He nursed it back to health and has nurtured it ever since. Honoring history and taking a cue from the padres—his father, the missionaries, and local farmhands—Toscano tends his 120+ year-old, dry-farmed, original-rootstock-vineyards, including Mission and Palomino, naturally. When asked if he every sprays his vineyards, Humberto responds, “With love and wisdom.”

The vineyards are at 1,066 ft above sea level on sandy loam and granitic soil. His property has never seen commercial yeast, and he maintains very beautiful yeast cultures given his 5 miles – as the crow flies – to the Pacific Ocean. That proximity also brings more coastal influence from the Ocean, so it’s 5 to 10 degrees F cooler than the central of the Valle on scorching summer days.

The winemaking is straightforward. He harvests and then de-stemms the old vines by hand, massaging bunches over a kind of wooden zaranda. Everything else is de-stemmed by machine. The grapes are crushed in a small, hand crank, 55L wooden basket press. Fermentation is done utilizing native, wild yeasts. Humberto never filters or fines, instead just racking until the wine is without sediment. Since he’s allergic to sulphur, you never see it anywhere in his wines. And because he dislikes the flavor of oak (“what are we, termites!?” he asks), only stainless steel, concrete tinaja, glass carboys, and very old, neutral oak is used. It’s just the simple and honest way he was taught to grow grapes and make clean wine.