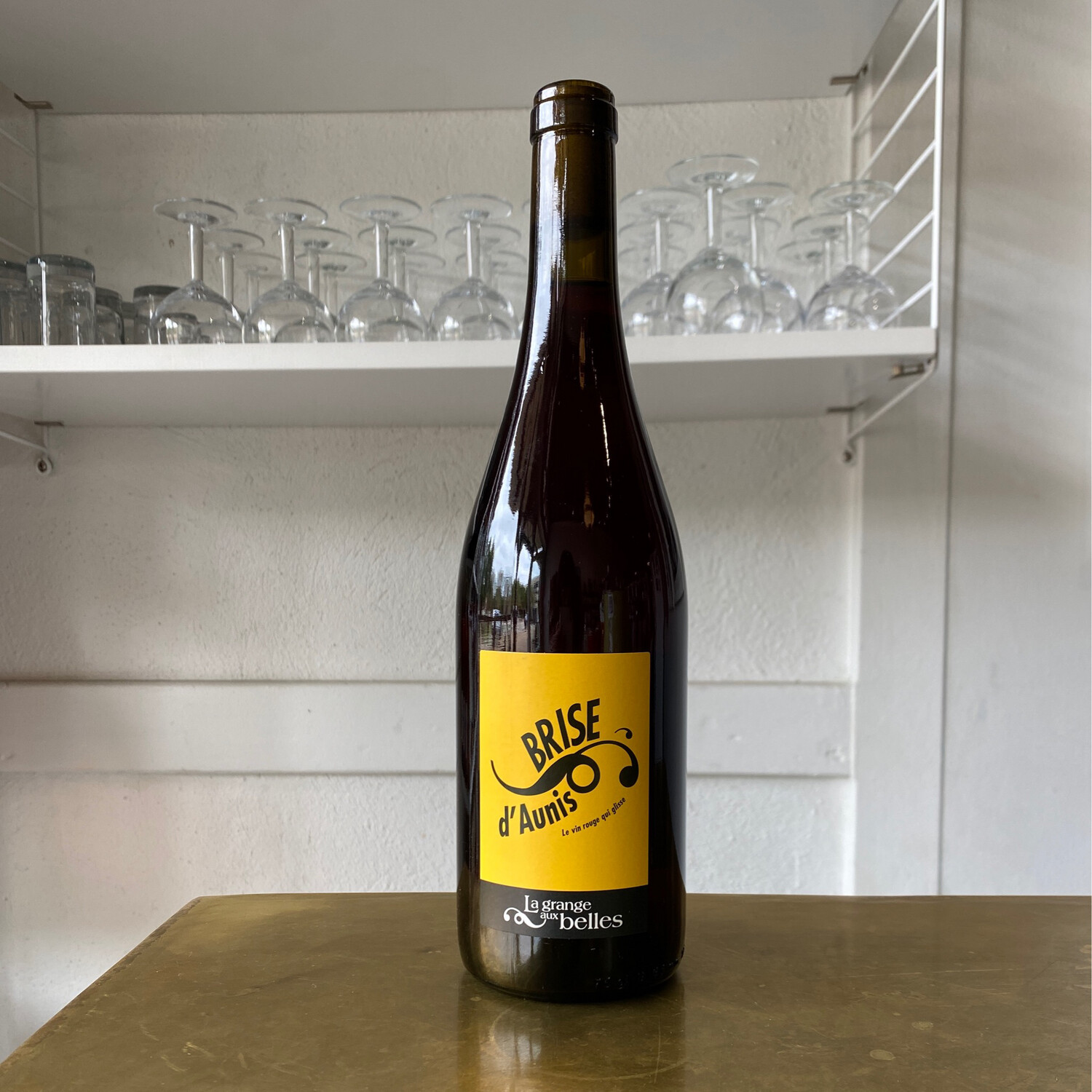 VINIFICATION : Semi carbonic in concrete and fiberglass. Bottled in the spring.

La Grange aux Belles is a cadre of friends making wine in Anjou, founded by Marc Houtin in 2004. Marc had worked internships all around France, and most notably at Chateau d'Yquem and was interested in making light, wines with short macerations, organically, with minimal intervention... everything we want in natural Loire wine.

Initially he was making wine for the cooperative in Brissac, but was always experimenting with different parcels, making wine that would eventually end up in this or that cuvée. This was even more the case when Julien Bresteau joined in 2008, a catastrophic vintage.

Rémi Fournier and Gérald Peau join the team and keep things afloat. Still, things needed to change, so they doubled down on their organic conversion and started following the methodology of the French geologist Yves Herody, which changed everything. Today they are still following these principles to incredible effect. They totally eschew all herbicides and pesticides in the vineyards, and vinifiy without any additives (with very few exceptions given many difficult vintages).

Today, the crew is up to 15ha spread around the AOC Coteaux de l'Aubance. This is what is colloquially referred to as black Anjou, as opposed to white Anjou, just since you get black Schist bedrock rather than the white, chalky parts of Anjou. I think this contributes greatly to the resulting wines, and so do the guys at Grange aux Belles. Their most choice plots have almost no topsoil as well. The wines are therefore sheer, and incredibly tense, which is how we like our Chenin nowadays, right? The vines are old too, averaging around 40 years.

These guys are really serious about sorting – in the vines and after harvest. When there is time, they will pass through plots maybe 5 times, and then sort further on the table. This is essential for them to not add anything during fermentation (or after). Everything is spontaneous fermentation with native yeasts, and the macerations are kept very short. All the whites see barrel fermentation. The reds are split between stainless, concrete and fiberglass.