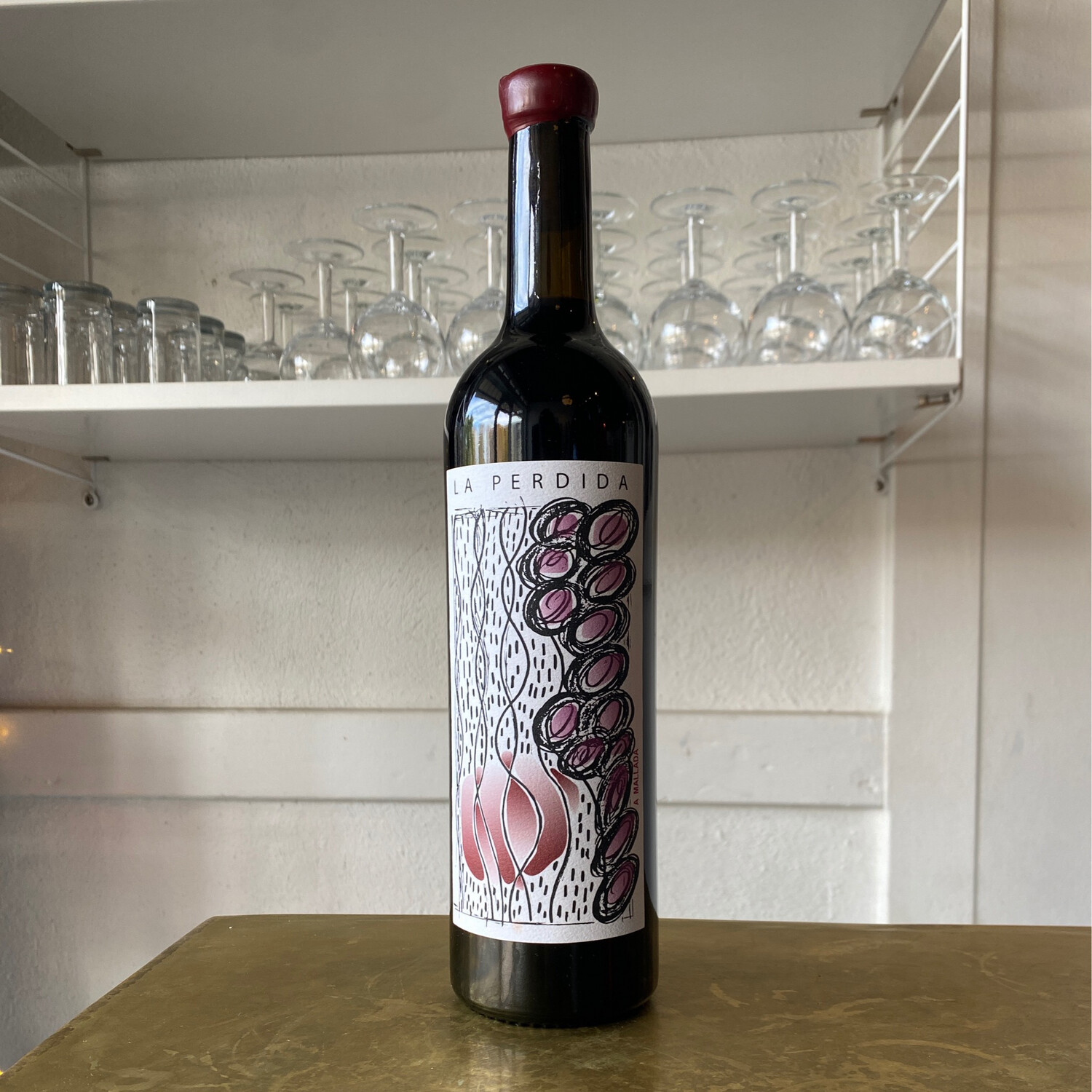 A Mallada comes from an old vineyard in Seadur (a neighboring village) named “O Chao” that Nacho has been renting since 2013, with vines yielding under 2kg of grapes each. The grapes are hand-harvested and destemmed, wild yeast fermented in 400L tinajas with about one week of skin maceration, raised over winter in the same vessels, and bottled without fining, filtration or added SO2.

One might call the wines of La Perdida “Island Wines.” The winemaker, Nacho Gonzalez, would definitely call them that. He will also venture to call himself “an island” for having some of the most progressive views on natural winemaking in all of Galicia. Nacho is a winemaker unlike any other in this region of the world. A biologist by training, he turned to winemaking when his grandmother bestowed upon him a vineyard site named “O Trancado.” Nacho brought it back to life from total neglect, through good farming practices and a desire to save the old vines rather than rip them up and replant. The vineyard now produces some of the most fascinating red wines in all of Spain, with Garnacha Tintorera no less, a grape not typically lauded by winemakers. It was his grandmother who told him the old vines were magnificent and should be cared for, and it was here in this moment that La Perdida was born.

The name La Perdida, translating to “The Lost,” is a well-chosen one. As the story goes, other farmers in the area walked by Nacho’s vineyards and could barely see the grape vines which were tucked away behind wild and wallowing grass that was growing up around them. The local farmers deemed the vineyard “perdida” and Nacho “a loco” for not using herbicides to control the unbridled growth in the vineyard. They viewed his work to be that of a crazy person, which only added to his “islandish” attitude.