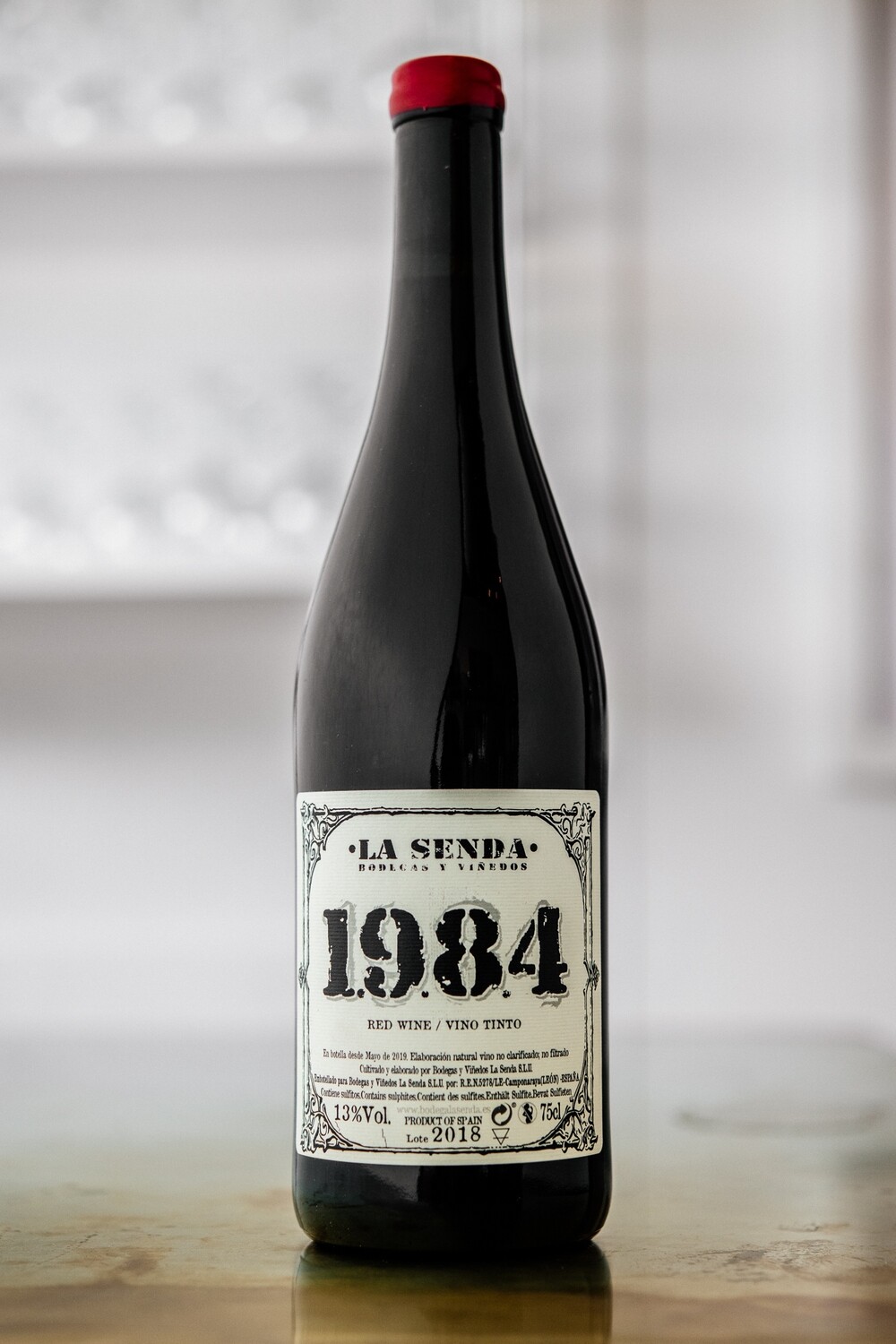 1984 is sourced from 3 old-vine vineyards in the hills of Priaranza del Bierzo, in the southwest part of the appellation. This is where Mencía thrives and at its most expressive. The vines are 70-90 years old and planted on clay soils incorporated with slate and trace minerals at 650 meters elevation, some of the highest vineyards in Bierzo. The grapes are partially destemmed, macerated for 7-8 days in 3 large oak casks. The wine is then transferred to small barrels to finish primary and malolactic fermentation, then aged for 8 months. The finished wine is bottled without fining, filtration and only minimal SO2 addition. This is fresh and engaging Bierzo, showing crushed cherries, orange zest, lavender, and incense, with an iron-like structure and mouthwatering acidity. Pair this vibrant and complex red with anything char-grilled over wood fire or roasted on a spit.