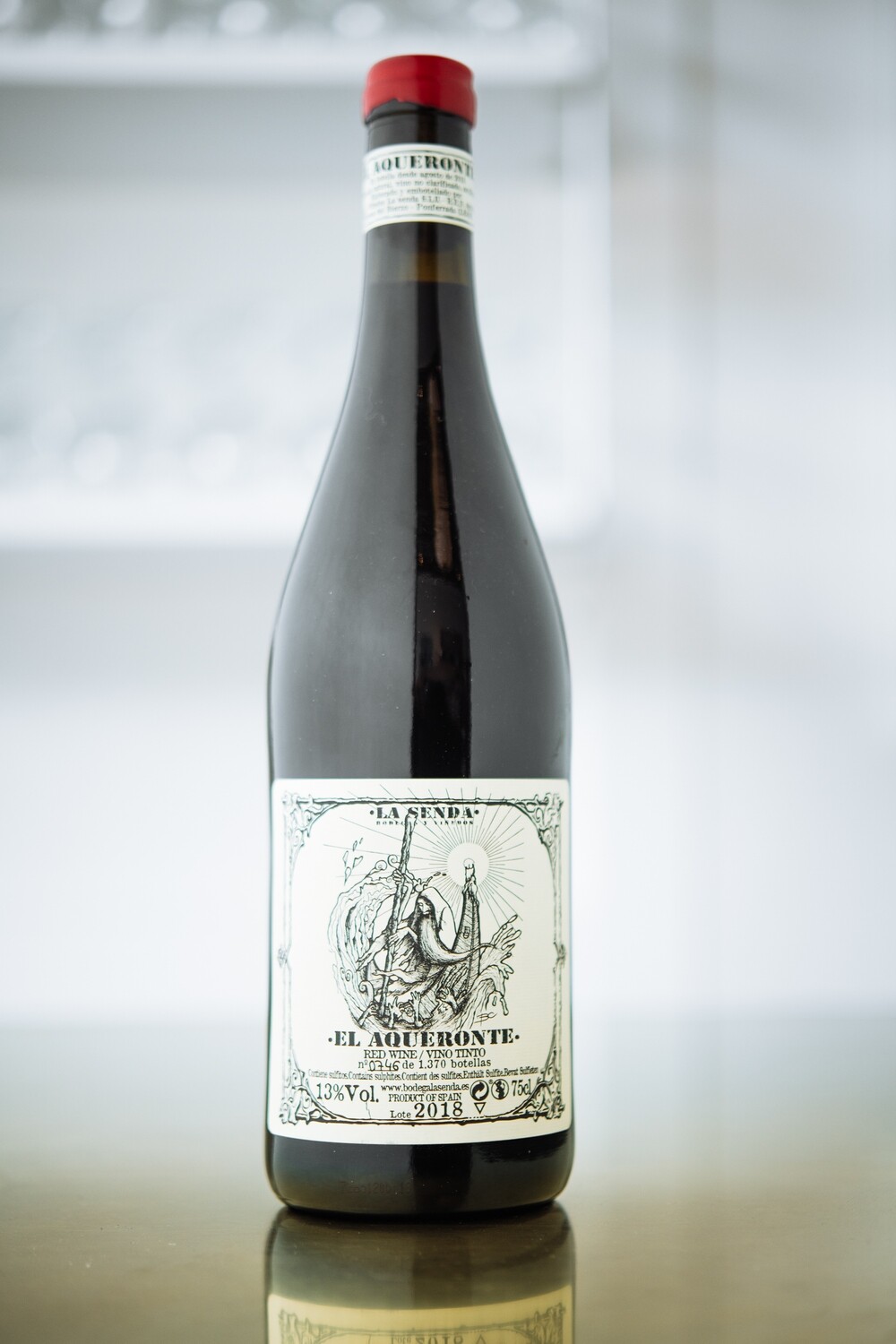 El Aqueronte is a single namesake vineyard of 60 to 90 year old Mencía vines that sits at the top of a hill at 555 meters elevation on clay-calcareous with slate and quartz. The vineyard runs along a river and is inter-planted with a variety of flora, a vibrant and untamed landscape that is teeming with life. The grapes are harvested by hand and fermentation is with partial whole clusters in chestnut vat with a short maceration and no pumping over. Before fermentation is complete, the juice is racked off into another chestnut vat where the wine rests for 10 months, before being bottled without fining, filtration, or added SO2.