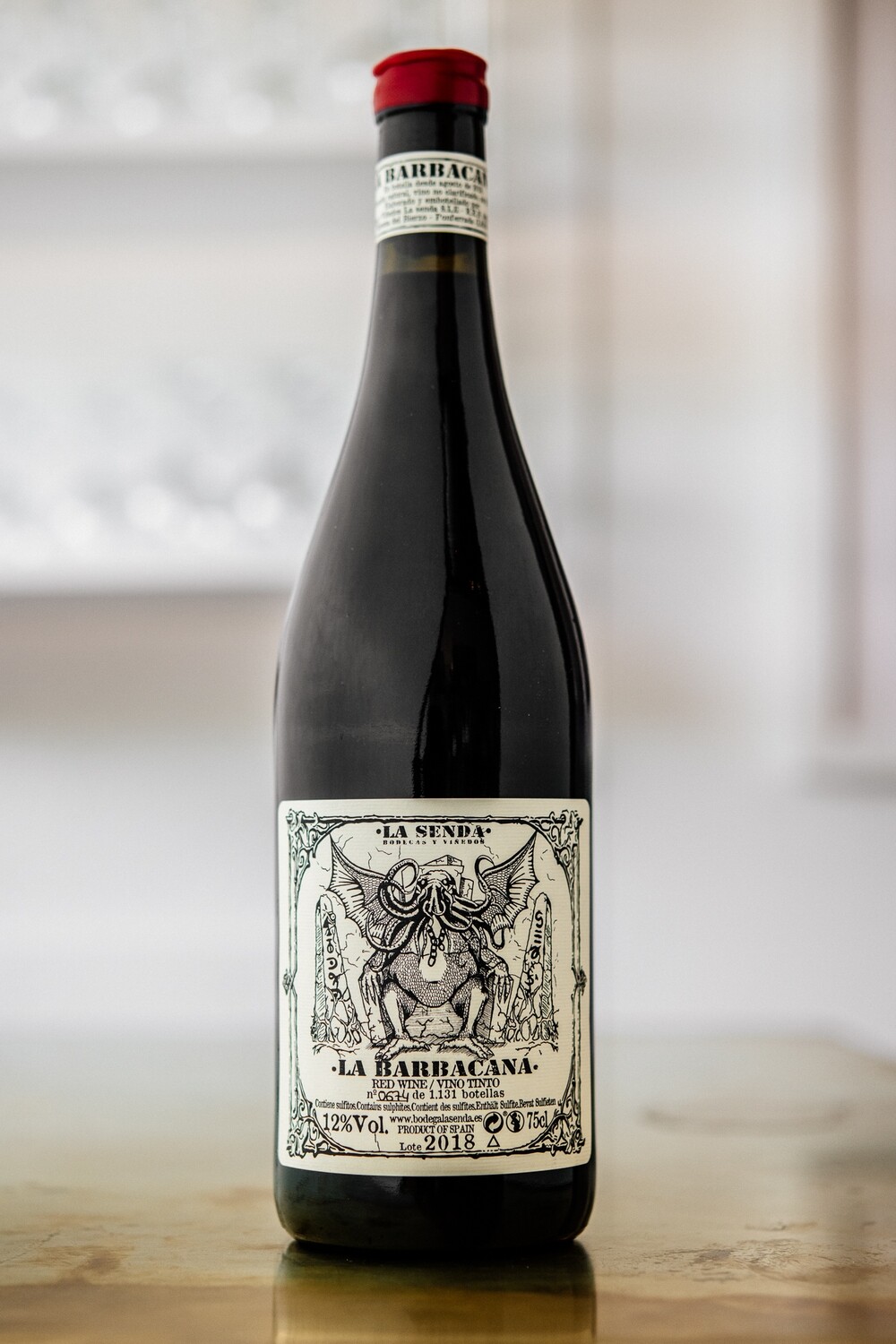 La Barbacana comes from a single namesake 100+ year old vineyard planted on slate, iron, and quartz and sits at 650 meters elevation, situated in front of a 13th century castle and above an old mine where the Romans excavated slate, iron, gold, and other minerals. We are on the western edge of Bierzo where the region intersects with Galicia. The cuvee is comprised of 90% Garnacha Tintorera and 10% Mencía. The grapes are fermented in chestnut vats with a short maceration and no pumping over. The juice is racked off the skins and stems before fermentation is finished, the grapes are pressed, and the wine goes into a 650L chestnut barrel where it ages for 11 months, before being bottled without fining, filtration, or added SO2.

Diego Losada is a Bierzo native who, after working at a couple bigger wineries, struck out on his own with his project La Senda (meaning “the path” or “the way”) in 2013. He works organically with just over 5 hectares of 60+ year old vineyards at elevations of over 600 feet, about 15 parcels in total. He looks for bush vine vineyards that are not easily accessible by road and planted on either clay-calcareous or slate soils since they are less likely to be exposed to chemical treatments. He aggressively green harvests to attain yields of 1.5 kg/vine. In the winery, Diego works with a mix of unlined concrete vats and older oak & chestnut casks and foudre with no pumps, battonage or SO2 additions, producing some of the most revolutionary Bierzo wines that we have encountered. The Bierzo appellation is at the northwest corner of Castilla y León, bordering Galicia. The rolling hills are full of abandoned gold, iron and magnesium mines from the centuries past. Diego feels that these trace minerals in the soils of the vineyards give the wines added personality, and the surrounding orchards and underlying grasses, nettles