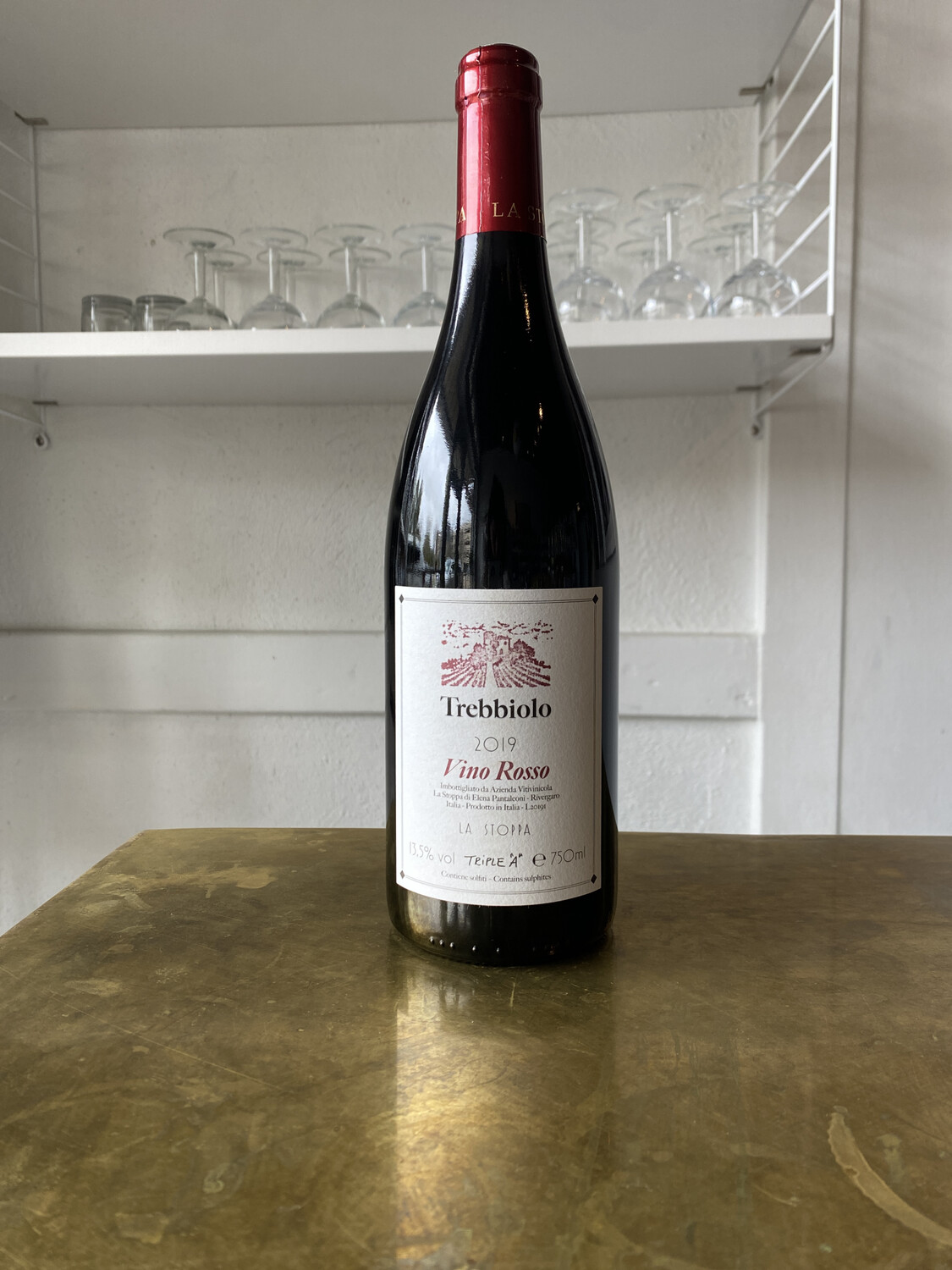 The younger version of the traditional blend of Colli Piacentini, obtained from the local varieties Barbera and Bonarda, born from the selection of the bigger berries, as well as from the younger as well as the lower parts of the vineyards.

La Stoppa is an historic estate in the province of Piacenza in the Emilia region of Italy. There are 32 hectares of vines, along with almost as much forest, plus the ruins of a medieval tower. The property was founded and planted first in the late 19th century by a lawyer named Giancarlo Ageno, whose main interest was Bordeaux varieties. In 1973, current owner Elena Pantaleoni's printer father, with no winegrowing experience, purchased the property; Elena joined him to work at the winery full-time in 1991. By 1996, a decision was made to let the non-native varietals like Chardonnay, Sauvignon Blanc, Tokay, Pinot Gris, Grechetto and Pinot Noir go, as they were not suited for the warm climate and clay soils of the area. They were replaced with local grapes Barbera, Bonarda and Malvasia (with Bordeaux varieties remaining until 2005, when those too were replaced).

The farming has been organic since the early 1990's; certification came in 2008. Elena Pantaleoni, a dedicated, intelligent and passionate grower, works closely with her enologist Giulio Armani to craft wines expressive of place and grape. Work in the cellar is minimal. Fermentation is entirely with native yeasts; maceration with skins is lengthy; little to no sulfur is used; wines are aged in a range of Slavonian oak botti and used French barriques; reds are not filtered before bottling; and bottle aging is extended. Elena eschews any DOC classifications, choosing the IGT path instead; she feels that the DOC regulations are too broad in terms of permitted varieties, geographical bounds and production techniques, and not conducive to thoughtul, artisanal winegrowing and winemaking, the priority at the La Stoppa estate.