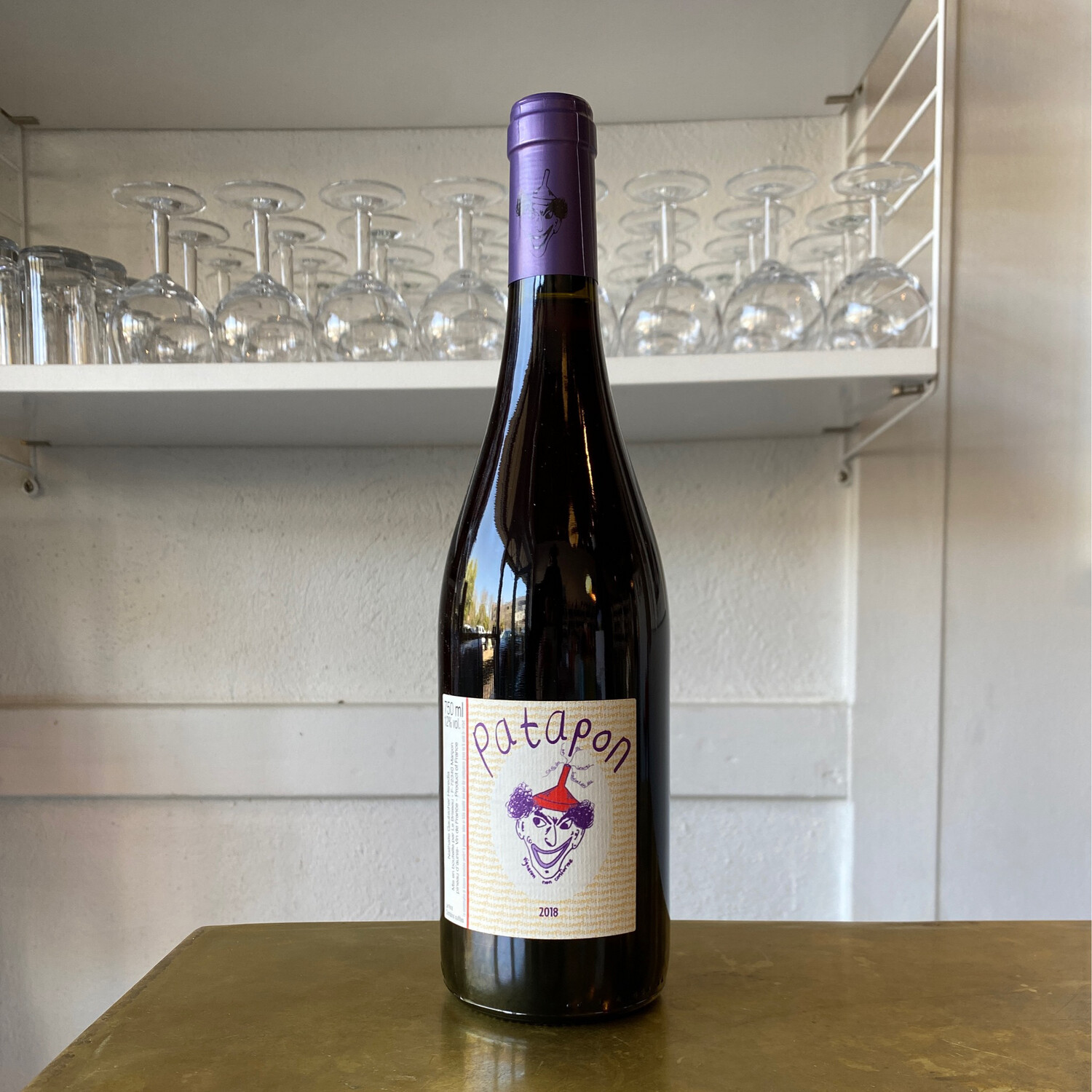 Maceration and proportions of whole-cluster vs destemming vary each vintage depending on the sanitary state of the grapes. The grapes are foot-trodden before going into maceration vats. A semi-carbonic maceration lasts one to three weeks. The grapes are then pressed and age about 10 months in vat until bottling. Besides pressing the grapes, no interventions are done until bottling. A small amount of SO2, two grams per hectoliter, is added at bottling. The Patapon is Domaine Le Briseau's logo and mascot, a mischievous, grinning, clown figure who appears on this wine's label. His motto is "Vigneron Non Conforme" or "Non Conforming Vigneron."

Christian Chaussard, like the proverbial cat, was a man who lived several lives. After years spent in the public works sector, he focused on learning viticulture and oenology, then teaching those in a professional school while running his estate in Vouvray. A series of climactic hardships forced him to abandon his estate, so he also quit teaching and decided to be a winemaker in the “new world.”

Before accomplishing that goal, he met Natalie Gaubicher, a Swiss actress with a oenologist and sommelier diploma, and they set out to find vines somewhere in France. Their search took them all around the country and to all wine regions. In 2002, they settled in the Jasnières/Coteaux-du-Loir area in northern Touraine. The area is 155 miles south-west of Paris between the cities of Le Mans and Tours, 28 miles north of Vouvray. The entirety of Jasnières covers 80 hectares of vines, and Coteaux-du-Loir about 200 hectares. The soils are largely all clay and silica over a subsoil of limestone. Domaine le Briseau was started with 4 hectares of vines planted mainly with Chenin Blanc and Pineau d’Aunis.

In 2005, Christian and Natalie started a small négoce called Nana, Vins & Cie, for which they buy grapes on the vines and harvest them with their team. These grapes are vinified the same way as the estate's in order to produce totally natural wines, and over the years have focused more and more on grapes from the Ardèche and Languedoc.

By 2007, the estate had grown to 11 hectares. All vineyard work is done according to the principles of organic viticulture: no pesticides, insecticides or chemical fertilizers are used; nettle and horsetail decoctions are sprayed on the foliage; copper is used in modest quantity (less than 5kg/HA); the vines are plowed and grass allowed to grow in the rows. In 2006, the estate started its conversion to biodynamic principles.

His influence on the Loire valley and the natural wine movement as a whole (he was president of the AVN, "Association des Vins Naturels" for 5 years) has been crucial in shaping a new generation of forward thinking vignerons.