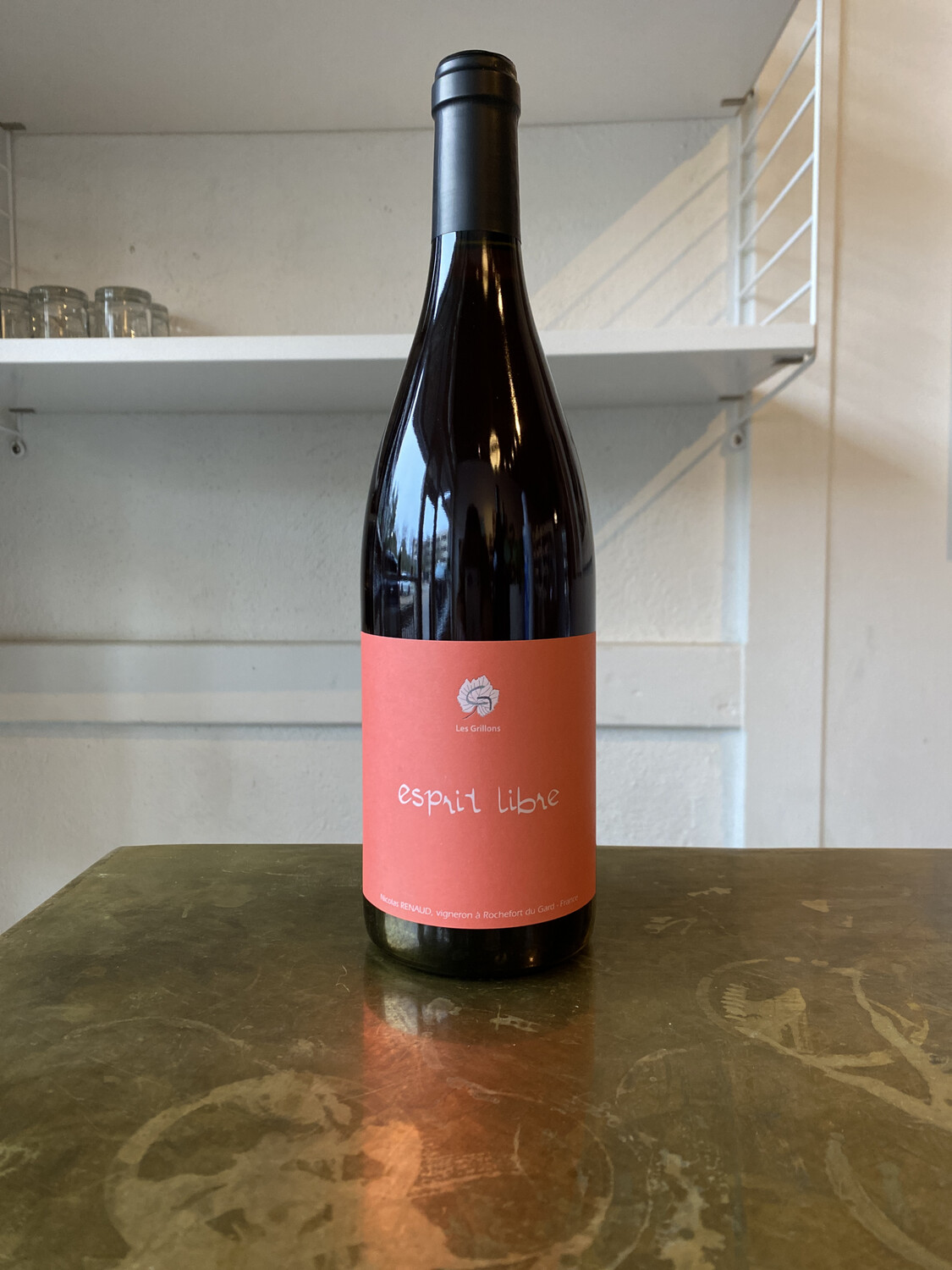 Born atop the soils of the region, Nicolas Renaud was the perfect candidate for professor to young geography and history students. This role he filled for many years as his day job, but the love of wine gave him an adequate endurance for his second. For many years he worked nights and weekends (luckily, school is out during harvests!) for Domaine de Vieille Julienne.

Not satisfied with two employers, he rented vines in 2005 to begin what he terms his ‘Clos des Grillons’. His encompassing knowledge of almost every rock and soil, as well as where the forgotten older vines reside, Nicolas was able to piece together a magnificent string of parcels throughout the area. Now, tossing the bosses aside, he and his wife are working around the clock to reveal the stories of our stony earth. He does so first by using organic measures when working the vineyards: no chemicals are used, and soil maintenance is done by hand.

In the cellar, a natural course is followed as well, with wild yeast fermentations and low SO2 usage. There is continual, patient research. Nicolas uses a clever assemblage of tanks and barrels from single vineyard and mixed vineyard designation to form the lesson he is learning. A teacher turned student, he is keeping up with the study to see what works best.

The ‘Clos’ is a good study to preside over: many of his students have returned to Nicolas to witness his theory and application. It seems the tasks for Nicolas never quite end; justifiably, though, he can call himself boss and be proud of that for which he has worked.