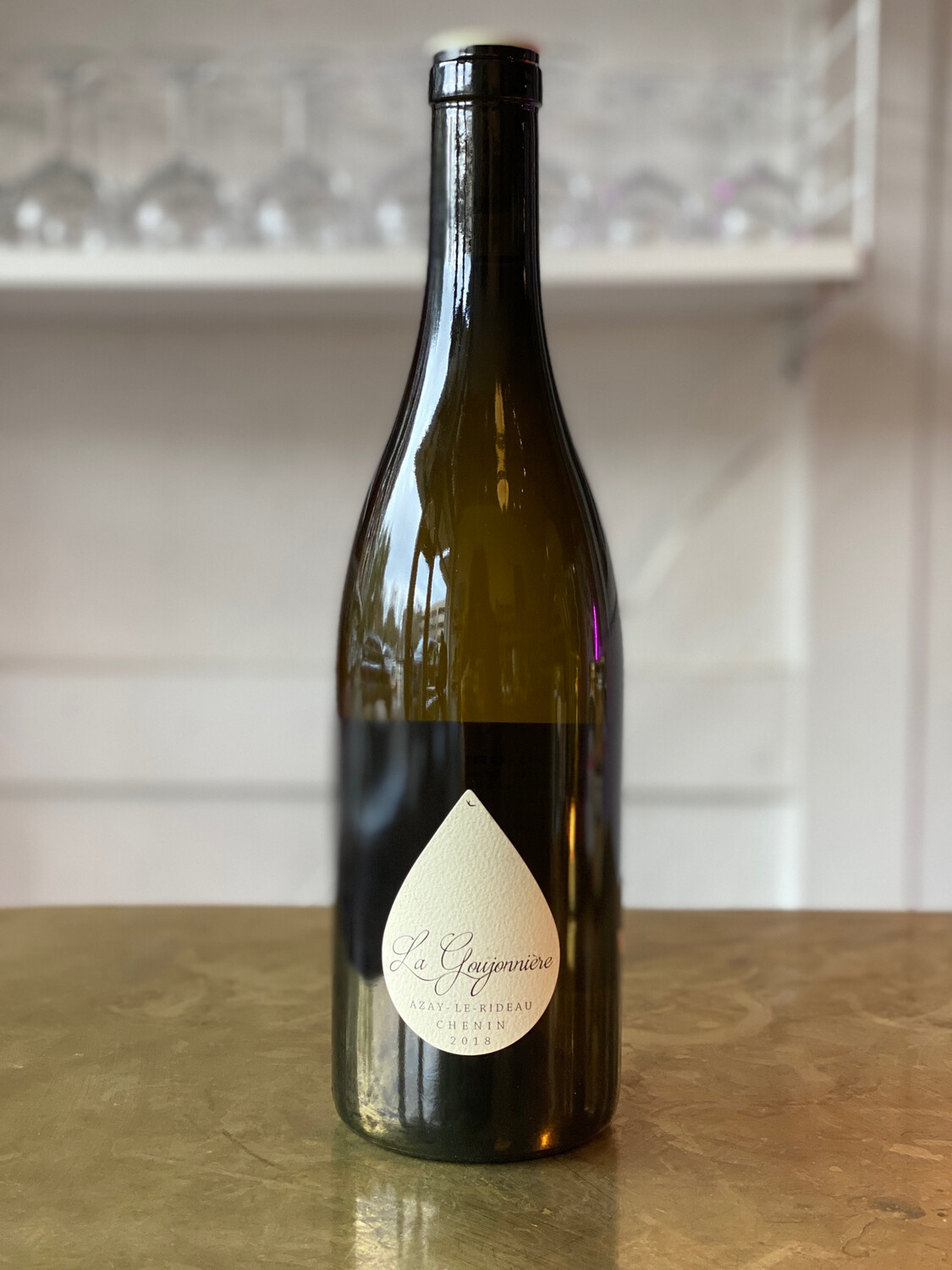 “La Goujonnière” is sourced from a parcel of Chenin Blanc planted in the 1970s in clay and silex soils. Raised in 1/3 each new “cigar” barrels (see note for pét nat blanc), clay amphora, and terra cotta amphora. Malolactic fermentation completed in barrel and terra cotta, adding a layer of texture to the wine. SO2 only at bottling, 30ppm total. More forward and expressive on the nose.

This high level of thoughtfulness is equally apparent in the cellar, which, for the time being, he happily shares with Pascal Pibaleau – an old-school producer in the region. All of the grapes are painstakingly sorted four times before whole-cluster fermentation with indigenous yeasts in tank, and a slow, gentle pressing that in some cases lasts five or more hours. Aging occurs either entirely in tank, neutral barriques, or amphora depending on the cuvée, and zero SO2 is added during the winemaking process for the reds; a touch is added for the whites. The result is wines with soul, immediacy, and tension.
Save this product for later
Display prices in: USD