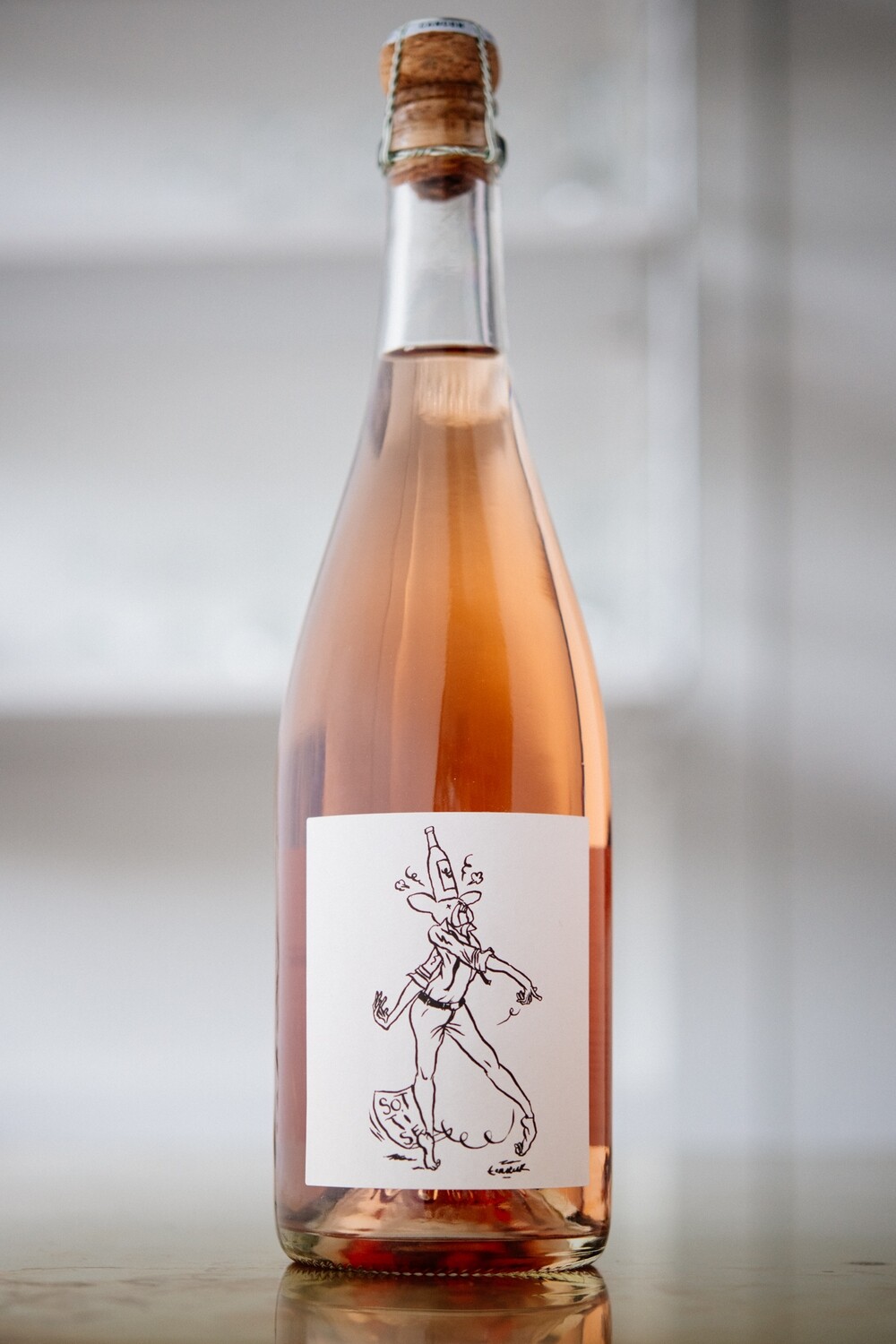 Quentin’s rosé pet nat (called Red is Dead in France) is made from a grape variety known as Chaulnay – a local mutation of Gamay that has red skin as well as red flesh. This combination of pigment (color from a short maceration on the skins and color that is naturally present once the juice is pressed) gives the wine a deceptively dark hue that one might mistake for alluding to the wine being full-bodied or sweet. This is not so! It is fresh and light on its feet with a funky (not barnyard!), brambly earthiness paired with chewy black berry fruits and a touch of smoke.

Quentin’s estate is certified biodynamic (which is quite rare in Azay-Le-Rideau) and has been for over ten years (even rarer still). His vines cover approximately twelve hectares, though it’s hard to keep up with him as he continuously seeks to expand. There are new plantings and acquisitions of vines on different parcels, with the classic, local varieties planted to capitalize on the clay and silica soils the region is famous for. In many parcels white silex stones litter the rows making it look as if the terroir is oozing from the earth. Quentin cuts no corners while working in the vines, doing everything by hand, usually without help, and limits copper sulfur sprayings to 500 grams a year: 75% less than commonly used by other producers in the area. 25 friends help harvest in multiple passes, berry by berry, ensuring that the grapes reach peak maturity.

This high level of thoughtfulness is equally apparent in the cellar, which, for the time being, he happily shares with Pascal Pibaleau – an old-school producer in the region. All of the grapes are painstakingly sorted four times before whole-cluster fermentation with indigenous yeasts in tank, and a slow, gentle pressing that in some cases lasts five or more hours. Aging occurs either entirely in tank, neutral barriques, or amphora depending on the cuvée, and zero SO2 is added during the winemaking process for the reds; a touch is added for the whites. The result is wines with soul, immediacy, and tension. Quentin is a man on a mission.