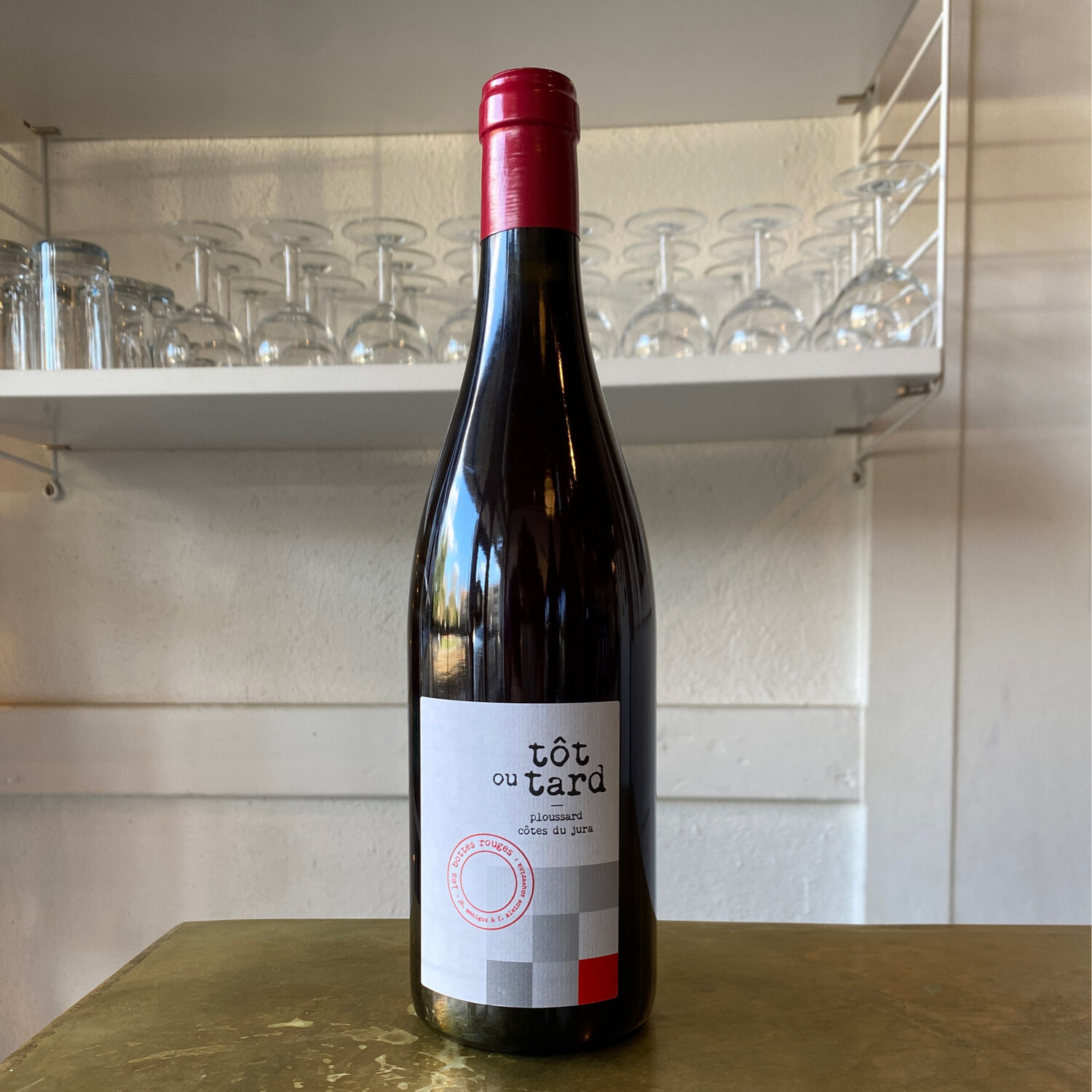 Tôt ou Tard is 100% Poulsard planted in clay soils from a lieu-dit within the Arbois AOC calles La Mulatiere. The grapes are destemmed by hand into tanks where they are allowed to ferment naturally and undergo a three-week maceration after which they are pressed into 600L barriques. Bottled without the addition of SO2 and rested for six months in bottle before release.

Jean-Baptiste Menigoz began his career not as a winemaker, but as a teacher in Arbois working with special needs children. During this time, he became fixated on natural winemaking, he went about living this double life for ten years or so, devoting all of his free time away from school to working in the vines. It wasn’t until an apprenticeship with Jura-master, Stéphane Tissot, and some encouragement from Raphael, that he decided to bite the bullet and commit fully to trading his classroom for his vineyards.