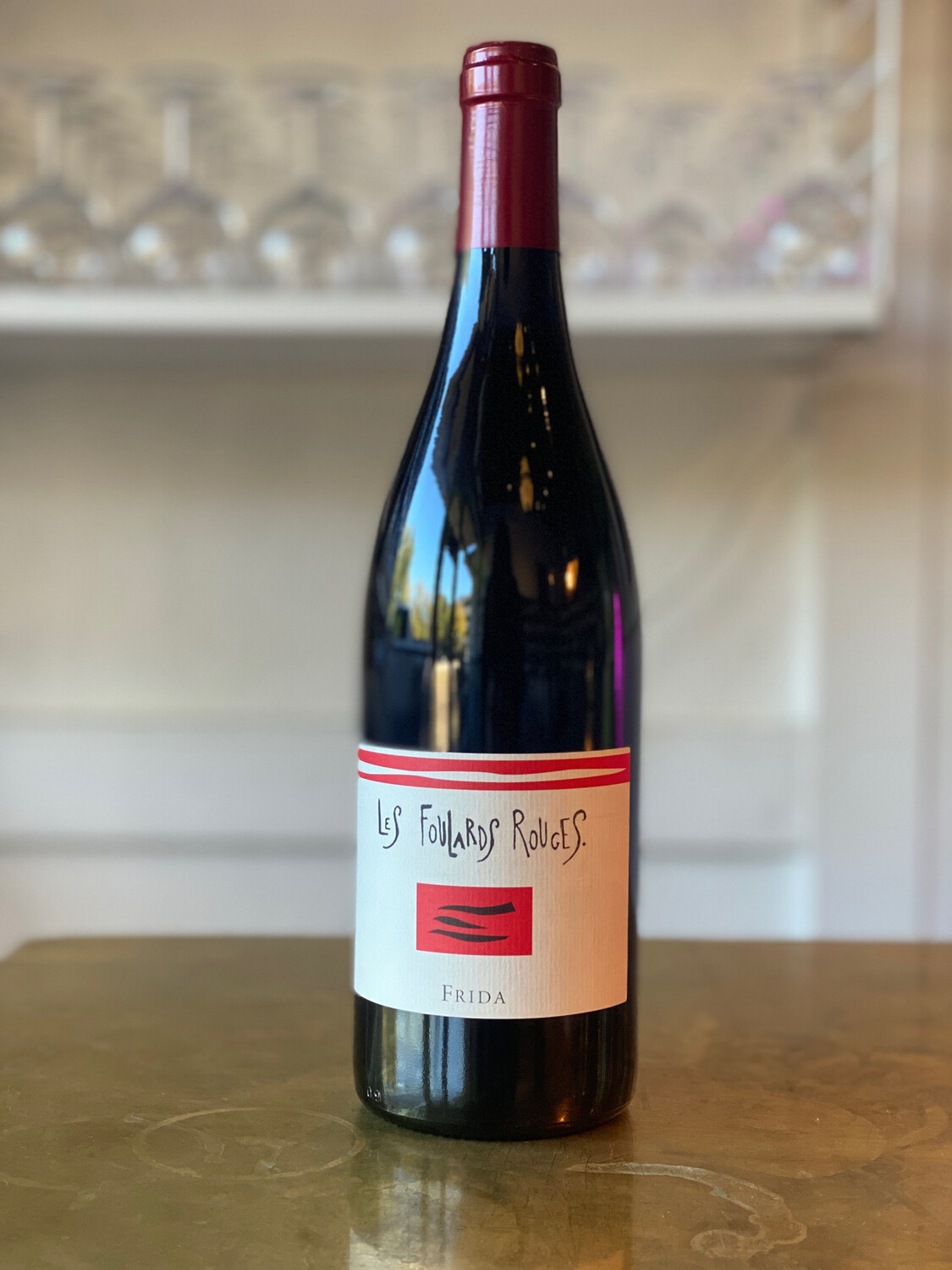 TERROIR : From 3 small parcels (40 ares) of 100 year-old co-planted Carignan with Grenache Noir, Gris and Blanc on the bottom of the hillside. The head-pruned vines grow on deep sands/granitic soil. Certified Organic. Biodynamic.

VINIFICATION : Co-Fermented, Destemmed and macerated in tank for 3 weeks. Aged in 500 liter used barrels before being bottled by hand in the beginning of Spring.

For 12 years, Jean-François Nicq worked as a winemaker in the Côtes du Rhône. On the first of January 2001, Jean-François joined his childhood friend, Bijan Mohamadi (who had been spending his days as a math teacher like our friend Cyrill Sevin) to start a new domaine at the very southern end of the Languedoc. "The Red Scarves" is a literary reference to the works of Fréderic Fajardie, whom the men greatly admired. Their philosophy is in turn a militaristic one, completely against intervention in the vines or the cellar. Native yeasts, no fining, filtration, added sulfur, and even some tillage with the help of their mule, Uma: The real deal. The vineyards are composed of multiple plots, on the lower, flatter part are mostly decomposed sandier soil. On the hillside, 100 meters up, are isolated single plots: Frida, Les Vilains, Les Glaneurs, Grenache. They lie directly on the bedrock with barely any topsoil and show more density. The vines of the estate are all located on the Piedmont of the Albères. It is an acid and poor soil. Less than 10km from the Mediterranean Sea.