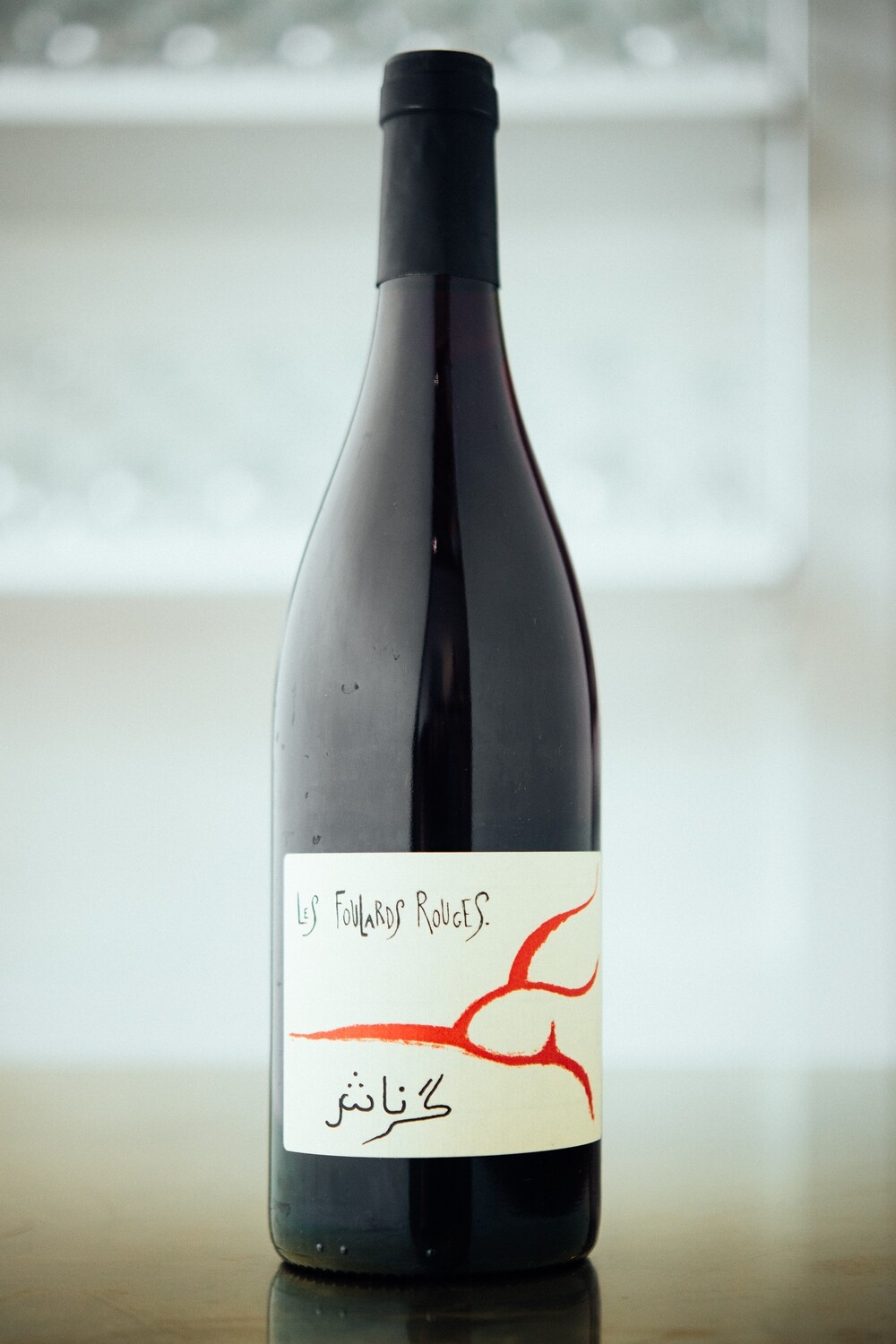 For 12 years, Jean-François Nicq worked as a winemaker in the Côtes du Rhône. On the first of January 2001, Jean-François joined his childhood friend, Bijan Mohamadi (who had been spending his days as a math teacher like our friend Cyrill Sevin) to start a new domaine at the very southern end of the Languedoc. "The Red Scarves" is a literary reference to the works of Fréderic Fajardie, whom the men greatly admired. Their philosophy is in turn a militaristic one, completely against intervention in the vines or the cellar. Native yeasts, no fining, filtration, added sulfur, and even some tillage with the help of their mule, Uma: The real deal.