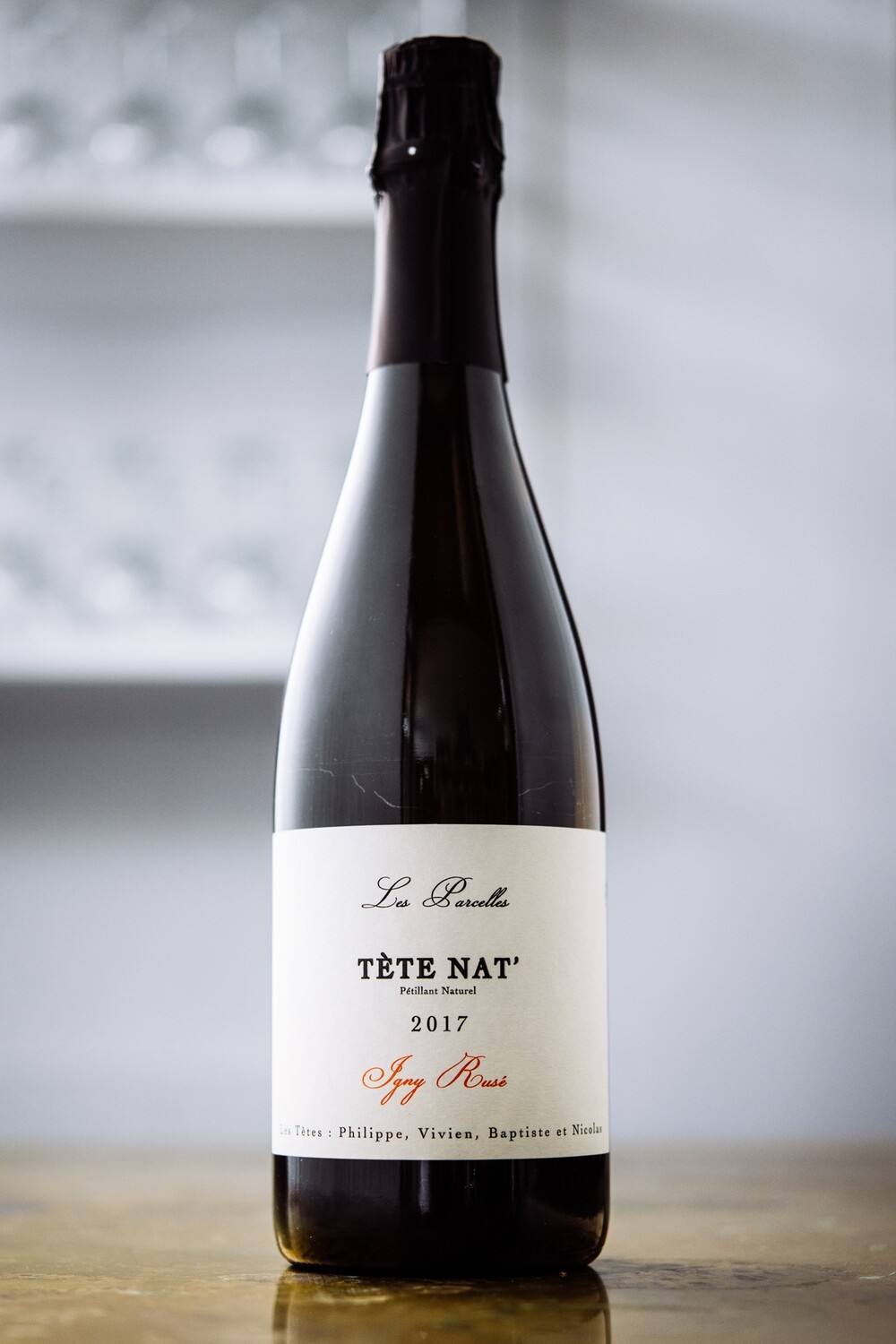 The Tete Nat Rosé shows red berries on the nose. Fine bubbles are present on the palate. The wine is crisp with a round mouthfeel supported by flavors of raspberries and other berries. The finish showcases wonderful acidity.

Les Tètes is a small project started by four vigneron in Azay-le-Rideau in the Touraine region of the Loire Valley. Each partner has a primary wine project, but works together to produce the Les Tètes wines – wines made with friends and for drinking with friends. Azay-le-Rideau is the wine appellation surrounding the Château de Azay-le-Rideau. The common grapes grown include Chenin Blanc, Gamay, Grolleau, Côt and Cabernet Franc. Azay-le-Rideau is a cool little appellation that is having something of a renaissance these days, thanks mostly to Quintin Bourse from Sot de l’Ange.

Les Tètes wines are clean, focused, fresh and fruity. The best grapes are picked by hand in the vineyard. The vinification is completely natural. Fermentation occurs with wild yeast. Minimal sulfur is added upon bottling. The vineyards are located near Honoré de Balzac’s birthplace and Alexander Calder’s workshop, in the unspoiled landscape surrounding Château de Rigny-Ussé. Château de Rigny-Ussé is a turreted, white, 17th-century castle that allegedly was the inspiration for the story of Sleeping Beauty. The grapes of Les Tètes ‘Au Bois Dormant’ (sparkling rosé and white) come directly from the vineyards of Château de Rigny-Ussé.