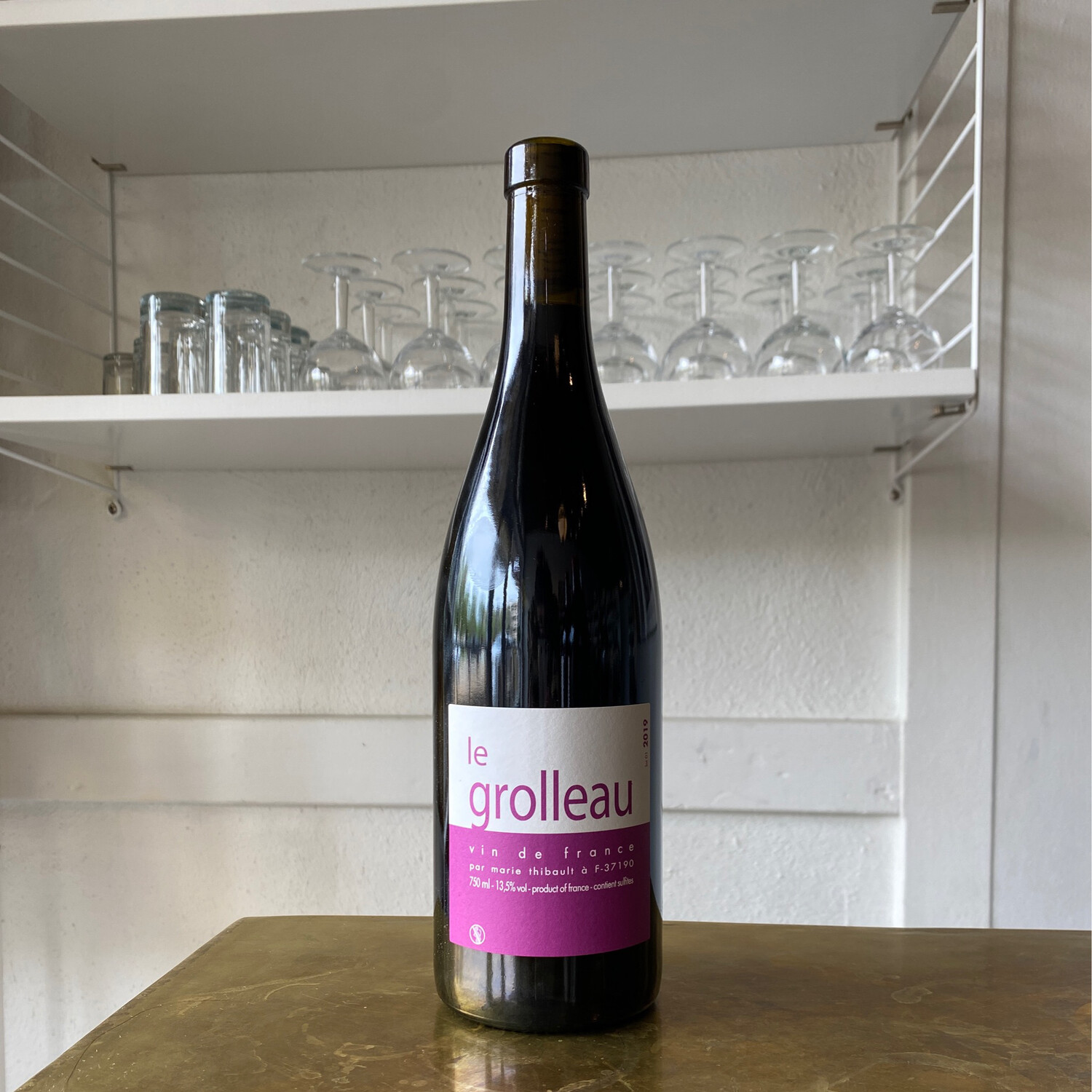 Marie’s Grolleau (as an aside, Azay-le-Rideau is the origin of the Grolleau variety), is airy and low alcohol coming in at 10.5 degrees, and made using carbonic maceration. More so than her Grandes Vignes blend, Marie’s Grolleau is a vin de soif.

Marie wasn't born into this. No one handed her a parcel or a cellar, that's all on her. But fairly early on, she knew she'd be making wine. After studying Biology in Montpellier, she decided to continue with a degree in Oenology, and went on to work in South Africa for a year. When she returned, François Chidaine was looking for someone to help with his new purchase in Vouvray, and Marie was hired, learning all she could from him and falling in love with Chenin Blanc. Starting in 2004, she began to work a small parcel of old-vine Chenin, and her first wine ("Premier Nez") was born. After 4 vintages of working that parcel, she decided to start a looking for new parcels to buy, and fell in love with a little piece of land, just 3.5ha in the middle of nowhere in Azay-le-Rideau, away from the rest of the AOC. Here, she is working the silex and white clay soils organically (she will get her certification as of 2014), with no synthetics, weeded by hand, worked manually, plowed and all that good stuff. Fermentations are with native yeasts, there is no chaptalization, and little to no sulphur is added, creating wines that are fresh, clean, and pure.