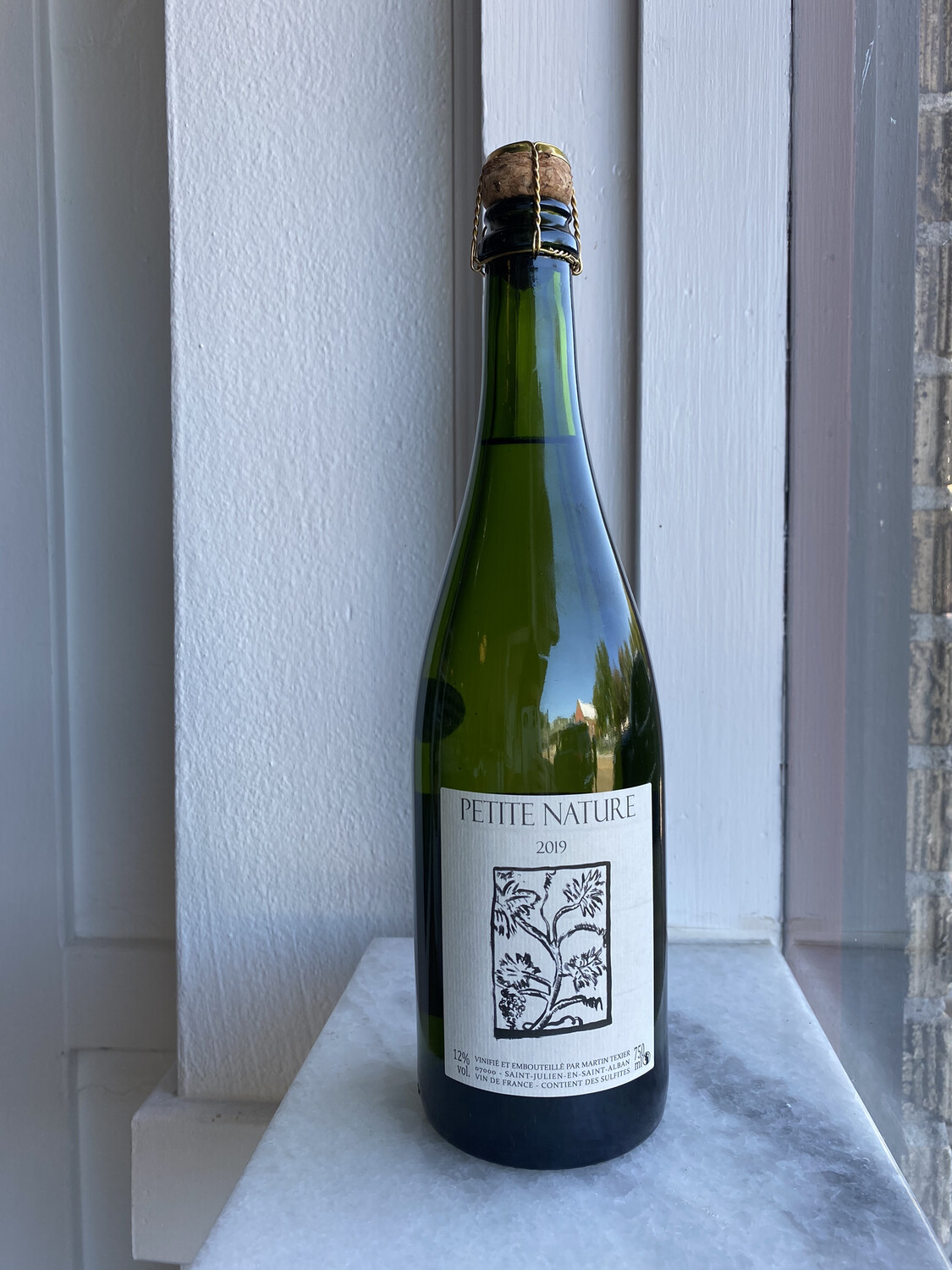 Petit Nature is Martin’s pétillant naturel made from Muscat, Chasselas Rose, and a mélange of different table varieties. Direct press to stainless steel; bottled with 15g/liter residual sugar to carry out secondary fermentation in the bottle. Aromatic, dry, and energetic.