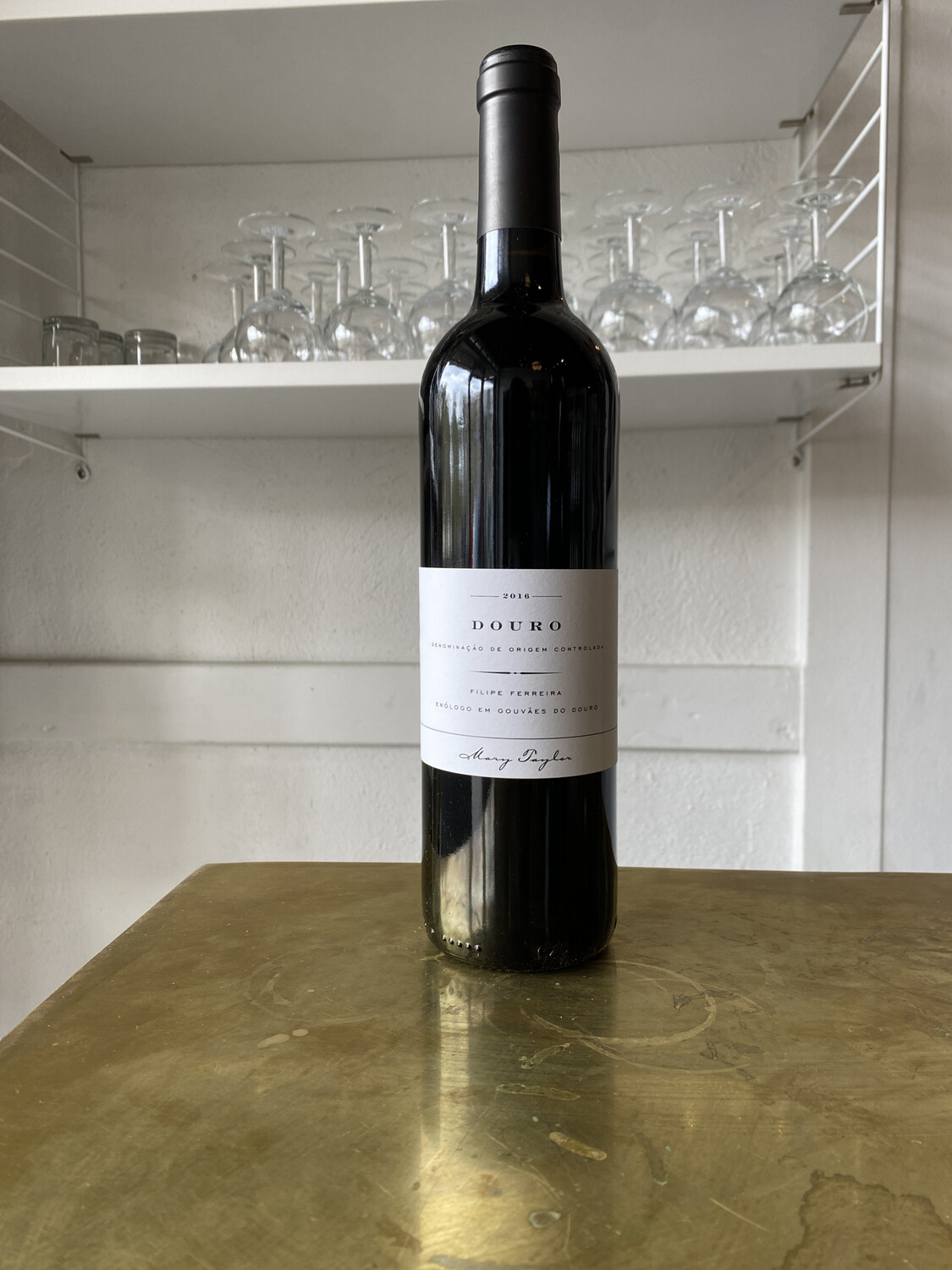 This blend brings together the aromatic intensity of Touriga Nacional, sophisticated delicacy of Tinta Roriz (better known in Spain as Tempranillo), and the structure and elegance of Touriga Franca. Fresh red fruits on the nose persist through the palate, announcing a young, energetic wine with swirling, well-integrated tannins and a lovely, long finish.

The Douro wine region takes its name from the Douro River, flowing from its source in north-central Spain (under the name Duero) across northern Portugal to its outlet at Porto, on the Atlantic Coast. Known as the vinhateiro, this glorious winegrowing region was the first in the world to have a formal demarcation (under the 1756 Portuguese charter protecting Port wine) and was declared a UNESCO World Heritage site in 2001. The Douro River valley vinhateiro is sheltered from Atlantic winds by the Marão and Montemuro mountains and has a continental, hot climate with hot dry summers and cold winters. Terraced vineyards line the steep, rugged riverbanks, subdivided into three subregions: Baixo Corgo, Cima Corgo and Douro Superior. Quinta da Foz is located at the junction of the Douro River and its tributary, the Pinhão, in the Cima Corgo subregion. Here, in the center of the Douro Valley, steep terraces are cut into the schist riverbanks, where vine roots seek out the pockets of moisture in the foliated sheets of schist, bringing a great minerality to the final wine. As you pull into the iconic train station at Pinhão, you’ll notice the beautiful hand-painted blue tiles (azulejos) depicting the grape harvest. Quinta da Foz is just over the Pinhão River from the station. The Calém family acquired it in 1872, and today Filipe Ferreira heads the winemaking. The property of the Quinta consists of 20 Ha, of which 10 Ha are old vines and the rest are olive groves. The grapevines whose average age is around 80 years old, Touriga Nacional, Touriga Franca and Tinta Roriz are predominant. The property is a small, 20 hectare property, classified by the IVDP (Instituto dos Vinhos do Douro e Porto) gives this Quinta an A rating for its choice terroir. Everything is hand harvested. All of the wines are foot pressed in large granite lagares.