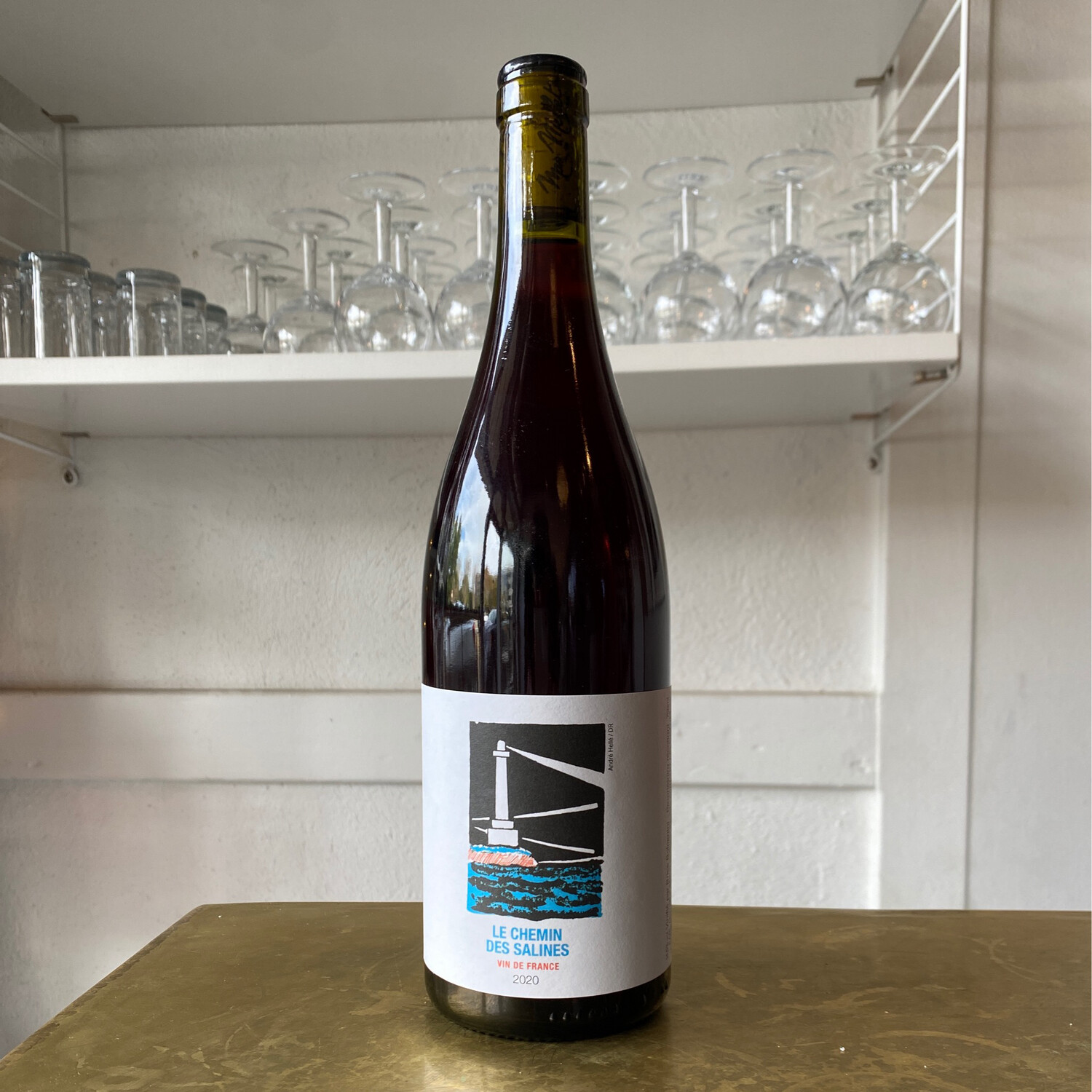 TERROIR : This cuvée is composed of Carignan from three different clos on old vines planted in 1966, 1963, 1948. One hundred cases of each clos are picked up manually.

VINIFICATION :
Grapes are refrigerated overnight after harvest.
Maceration for one night.
De-vatting by gravity.
Pressed into old barrels of more than 10 years. Aging in barrels until the new moon in March. Bottling in April 2021.

Barely twenty years old, Emilie and Brice took on a serious, 27 ha project of abandoned vines in a place close to our hearts, the Gard. In their first year, 2003, they had a vintage, and have been refining ever since - slowing down, paring back, intervening less. They've cut down to 15 ha, hundreds of olive trees are also being planted and all the vineyards have been converted to biodynamic agriculture. Manual work is the priority and the sheep work during the winter. The wines are full of character, and have a lift and exuberance completely outside of what I've tasted from Costière de Nîmes. That may have something to do with the influence of their friend and collaborator, Eric Pfifferling of Domaine L'Anglore's fame.

If you got to try the collaborative cuvée "Les Salines" then you have an idea of what you might be in for. This terroir that the couple love so much is that of the most southern appellation of Costières de Nîmes. Made up of sandstone and red clay, it is situated in a windy corridor which protects it from diseases. Its proximity to the Camargue’s bodies of water, visible from the estate, and the Mediterranean Sea, gives its wines a welcome freshness and beautiful saline notes.