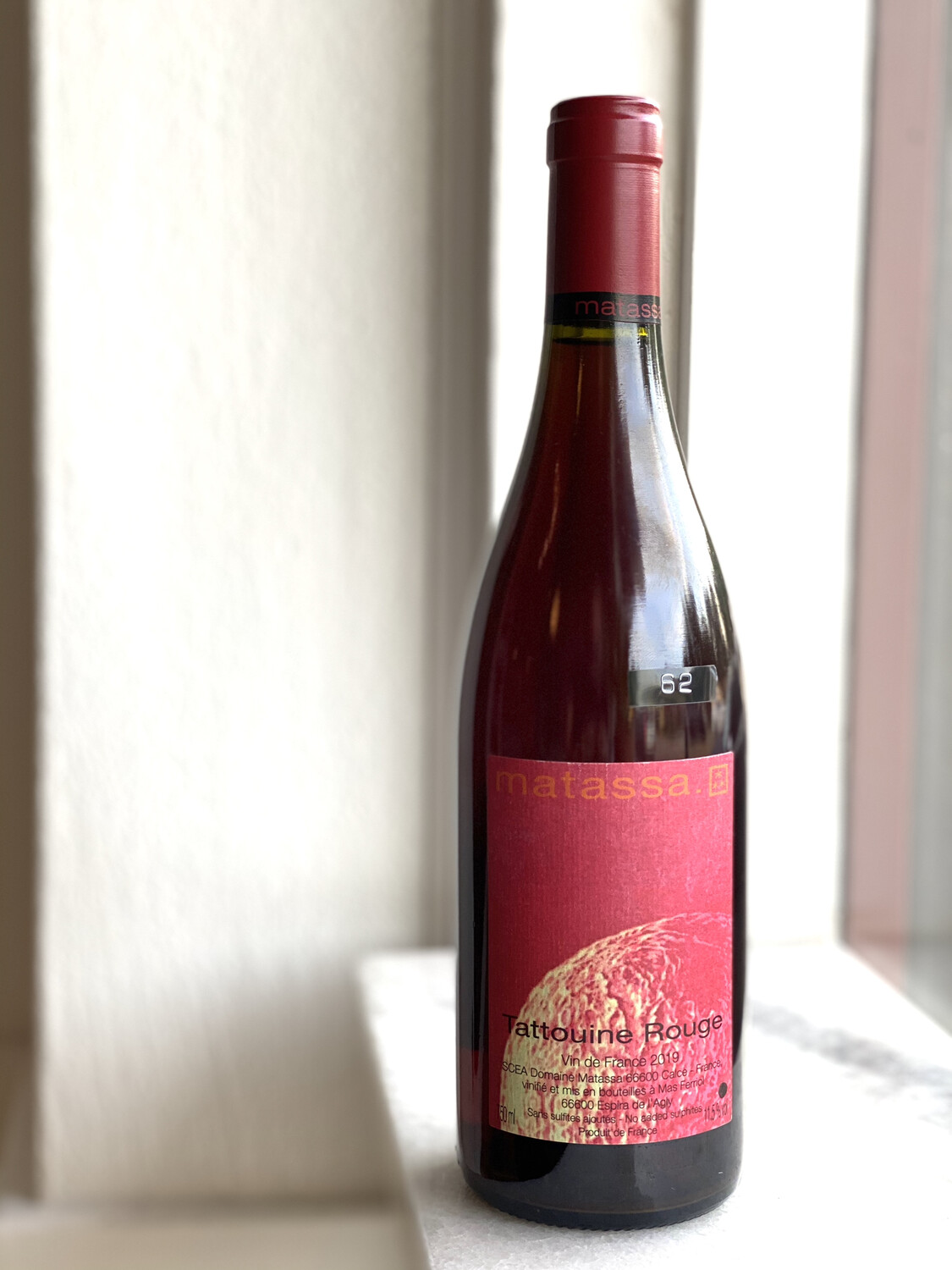 How does a New Zealander who grew up in South Africa end up starting an iconoclastic estate in theRoussillon? This isn't exactly an everyday occurrence, but so it goes for Tom Lubbe of DomaineMatassa. In the late 90's, Tom was working at the only estate in South Africa using indigenousyeasts and lower yields. Interested in working with Mediterranean varietals, Tom managed to scorea three month internship at the legendary Domaine Gauby in the village of Calce. Gérard Gaubyquickly befriended Tom and asked him to come back for three consecutive vintages as cellar helper.During that time, Tom met his wife Nathalie, who just so happens to be Gérard's sister.The birth of their first child made Tom reconsider moving back to South Africa, opting instead tostay in Calce to start his own estate. Matassa was founded in 2003, with the first vintage entirelyproduced in the recently married couple's living room. Gérard felt so bad about this that he gaveTom the old Gauby cellar in 2004!Tom works with many of the traditional Catalan varieties: Carignan, Mourvèdre, Grenache (mostlyLladonner Pelut, the ancient catalan strain of Grenache), Grenache Gris, Muscat d'Alexandrie andMuscat de Petits-Grains. These grapes are often co-planted together, particularly in the very oldvines. In total, 20 hectares are cultivated on schist, marl, black slate and black marl soils. While Tomstill farms some of the very low yielding old vines around the village of Calce, he has vastly expandedto different areas where yields are more generous, typically in the 25/30 hl/h range (still relativelylow for the region.)The vineyards are worked naturally without any chemical aids. Tom is certified organic by Ecocert.And while he does occasionally use biodynamic techniques to activate and nourish his soils, over theyears this has become less of a priority. Instead, an adamant dedication to cover crops hascompletely transformed his soils and in turn the wines. Tom is convinced that the increased insectlife within the soils, particularly worms, has changed the flavors of his wines, specifically in theregards to malic acid. Another shocking effect: a drastic drop in alcohol. Tom has always harvestedmuch early than most, usually starting with the Muscat in early August. In 2005, they would typicallyreach a potential of 13.5% alcohol. In 2018, they came in to 10.5%.Much has also changed in the cellar over the years. All the wines have now intentionally beende-classified to Vin de France. As mentioned above, the alcohol is much lower, rarely more than12%. The white wines are all macerated on their skins, a choice that goes back toAlexandria2008,the first Matassa wine of its kind. For the reds, whole-cluster infusions take precedent to macerationand extraction, with white grapes often co-fermented. If oak is used, it is not to bring structure tothe wine but rather oxygen. Longer élevages have been abandoned to bottle wines much earlier. Thewines are bottled without filtration or fining. Sulfur, which Tom had used judiciously in the past, hasnot been added to any of the production since the 2015 vintage.